are to him? Whether it's your hot new coworker, your cute next-door neighbor who helped you move in, or a friend of a friend with a great smile, you probably wish there was a way to see exactly how he feels. Before you make the move to ask him out, there are things you can look for to determine whether your offer will be well received. 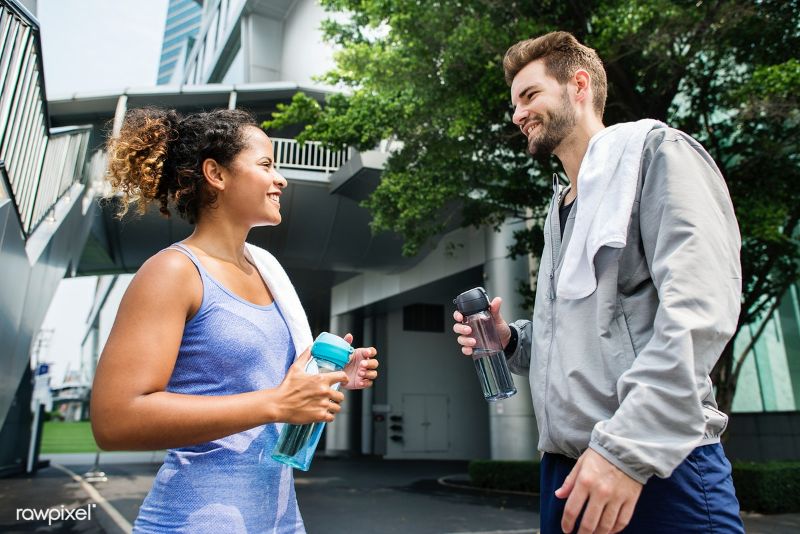 Signs of male attraction are mostly primal and performed unconsciously. He's probably not aware 99% of the time that he's displaying these signals. In this quick guide, we'll give you a head-to-toe list that will help you in reading men's body language of attraction. Once you know what to look for, it can be much easier to discern whether a guy is attracted to you. Some of these signs are more subtle, and others are a bit more obvert.

The signs of physical attraction between two people are divided into three main categories: facial expression, body language, and behaviors. The types of signs displayed vary between the genders, with some overlap. Dating may not come with an instructional manual, but this guide can teach you the basics.

The Role of Body Language in Romance and Attraction

Throughout the animal kingdom, body language is an important part of the mating process. It's a way for potential partners to communicate their attraction and availability to one another. Humans may have evolved to communicate with language, but we still retain many primal ways of speaking with our bodies and faces.

Many of these signs of strong physical attraction are performed subconsciously-we're not aware of them, we just perform them instinctively. While everyone has different ways of flirting, body language is a universal part that we don't have much control over. It occurs automatically, without our effort most of the time.

Overall, research has found that men display signs of attraction that are more forward and dominant. Women, on the other hand, appear more modest and gentle when it comes to flirting.

Now that we've established the role that body language plays in the courtship process, let's break it down into categories.

Increased eye contact and attraction are strongly linked. If a guy is interested, he will probably attempt to hold your gaze whenever he can capture it. You might even be able to read his intentions by the way he's looking at you-intensely like he's trying to peer inside your head. 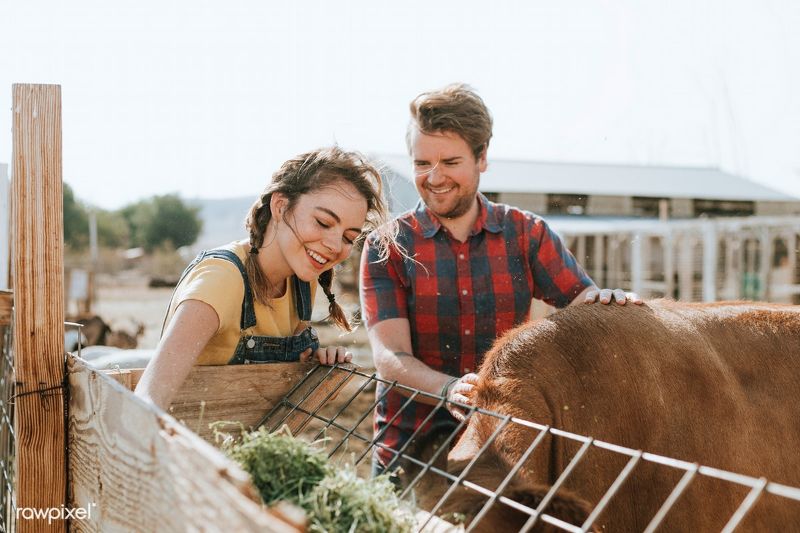 A more obvious sign is if you catch him checking you out when he thinks you're not aware. Whether it's a quick glance at your cleavage or a sweeping inventory of your entire figure, it's a clear sign that he likes what he's seeing.

One exception is if the guy in question is particularly shy. He may find it too intense to hold eye contact with you if he's very attracted to you or worry about the consequences if he gets caught staring at your body. With this type of guy, you may frequently notice him breaking eye contact and looking down.

This "smooth move" is a type of grooming behavior that indicates he's concerned with looking his best in front of you. He may slide his hand through his hair while the two of you are chatting or he discretely fixes himself up when you walk away for a moment. You might even catch him checking out his own appearance in the nearest reflective surface to make sure that he's giving a good impression.

If you've ever read a romance novel, you may have noticed frequent usage of the phrase "crooked smile." That's no accident. Men will often display a crooked, flirtatious smile when speaking with a woman that they're attracted to. This makes him appear warm, confident, and non-threatening, all desirable qualities to a mate.

Researchers have identified there are certain signals a man who is interested in someone displays when he is sitting and having a conversation with them. If you notice a man is tilting his body toward you and pointing his feet in your direction, it's a sign that he's highly attuned to you. 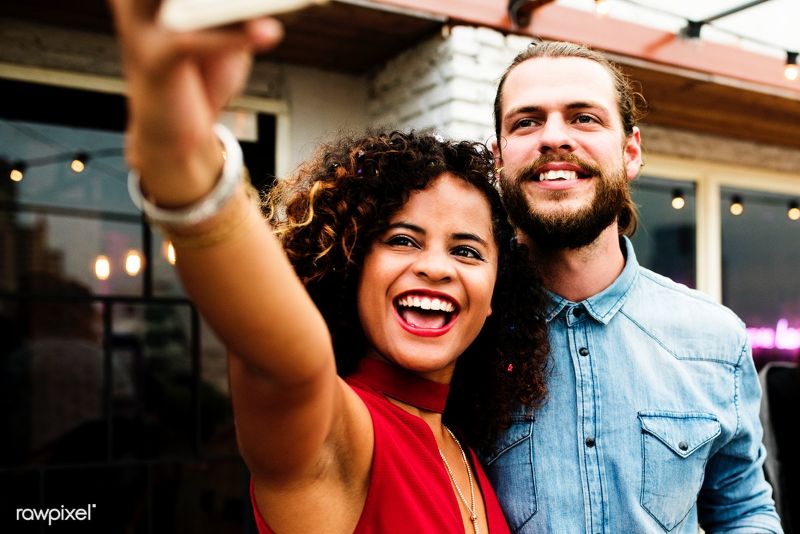 Another type of grooming behavior, in addition to messing with his hair, is straightening his clothes. You might see him tugging on his buttons, straightening his tie, or adjusting his sleeve cuffs. These kinds of behaviors are subtle signs that he wants to look his best in front of you.

In addition to tilting his body in your direction, a man who is attracted to you may begin to subconsciously mirror your movements. This behavior is displayed by men and women who are interested in one another. We tend to feel more at ease and comfortable with people who display this type of mimicry from time to time. So if you notice during a conversation that he appears to be copying some of your movements, it could be because he's attracted to you.

If you had the experience of a boy teasing you as a child, you were probably told that he was doing it "because he likes you." As silly as that sounds, it may not have been far off. Desire can do strange things to people.

Unspoken attraction can cause a great deal of tension and frustration and some guys may resort to this behavior to express it. As an outlet, he may start teasing you here and there. You may even find yourself responding if there's a mutual attraction. As long as his comments don't turn mean-spirited, this can be an enjoyable way to flirt.

If he goes out of his way to talk to you, whether you work together, have mutual friends, or just cross paths often in your daily routines, it's a clear sign he's interested in pursuing you. A guy who is not interested is not going to waste the time or effort. This could also mean he really values your company as a friend, but if he's single and displaying other signs on this list, he's probably attracted to you.

This one harkens back to our primitive natures. Men have been found to display competitive behaviors when they are with a woman they're sexually attracted to and consider other men possible competition. He probably won't be aware of his feelings of jealousy, but it can still influence his behavior.

Examples include trying to get your attention by showing off on the job or bragging about his accomplishments or cracking jokes that contain subtle put-downs to his friends. Or lifting something heavy like it was made of paper. While you certainly don't want to date someone who comes off as a complete jerk, these "peacocking" displays mean he wants to impress you. 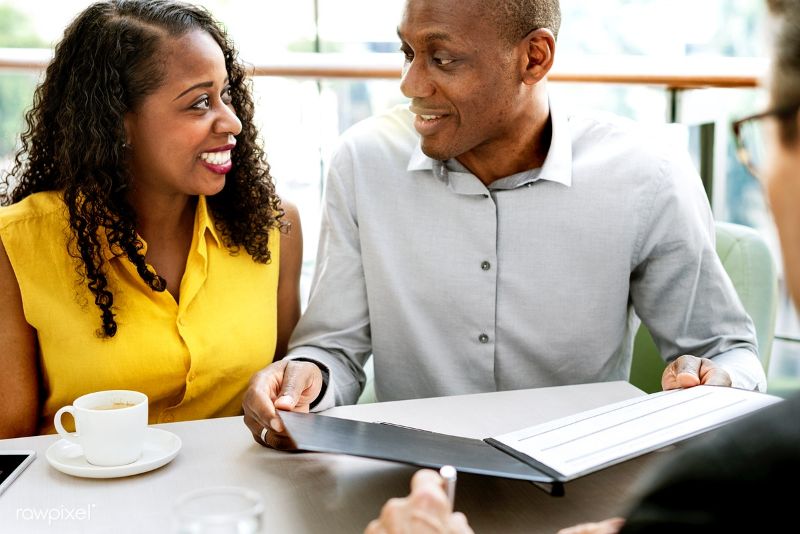 Even a guy who usually doesn't experience much anxiety can become affected when he's in the presence of someone he's really attracted to. He may become distracted and self-conscious and find it hard to keep his cool. You may notice him stumbling over his words or wiping away sweat from his brow. Or you may even see his hands shaking a little. In any case, unless there's another obvious trigger for his anxiety, it can be a sign that you're having a profound effect on him.

It's worth noting that female body language is somewhat different from male body language. Being aware of your own body language when you're attracted to someone can help you understand yourself better and allow you to communicate the signals you give off loud and clear. Signs of mutual attraction can often play out like a dance between two people.

Women's methods of flirting and displaying attraction tend to be less overt than men's, although research has shown that women are more attuned to picking up on signs of attraction from men.

Behaviors a woman displays when she's attracted to a man include:

Women also perform a lot of the same body language that men do when they're interacting with someone they're attracted to, including brief touches, grooming behaviors, and prolonged eye contact.

Struggling with Finding Someone?

Dating can be disheartening, especially if you've suffered through a breakup or rejection along the way. All of us develop ways of interacting with the people we're interested in that are influenced by our early attachment styles and defining moments in our lives.

Therapy can help you untangle these threads to help you get a better handle on the source of any issues in your dating life. Whether its feelings of insecurity after a messy breakup, continuing after a series of disappointing prospects, or just not knowing what you want, an experienced counselor from Regain.us can be your greatest ally. Click here to find the support you're looking for.

Attracting Women: How To Pique Her Interest