Advice Home > Attraction > The Science Behind Attraction: What Attracts Men To Women

The Science Behind Attraction: What Attracts Men To Women

Attraction is one of the universe's great mysteries. We all know we're drawn to other people, but we often don't understand why. There have been countless studies conducted to identify the properties of attraction, and the results are nothing short of fascinating.

In this article, we'll discuss the differences between lust, attraction, and attachment, which are often confused. We'll also highlight five factors that attract men to women in particular. If you're a woman looking for love, we'll cover five things you can do to make yourself irresistible. First, let's define attraction according to dictionary terms, and quickly cover the four types of attraction. 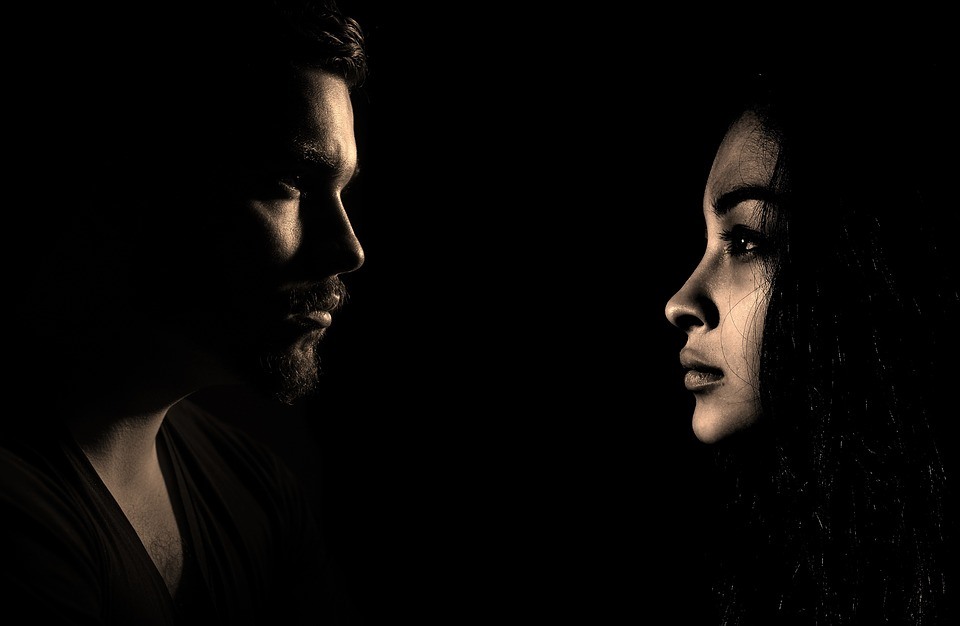 Merriam-Webster defines attraction as "a force acting mutually between particles of matter, tending to draw them together, and resisting their separation."

A 2015 article by Psychology Today uses a pyramid to define the four types of attraction, with status and health at the base, followed by emotion, and finally logic. According to the author, attraction cannot exist without a foundation of status and health.

Let's take a closer look at these four types of attraction:

Our status involves both internal and external factors. Our confidence level, skillset, and belief system make up our internal status, while our external status includes our visual indicators, career, and material possessions. The author explains that we gain confidence by "getting as close as [we] can to mastering [skills]," and by mastering social skills, we can increase our confidence in social situations.

Our health is comprised of our appearance, along with our movements, scent, and intelligence. Both status and health must be present before moving up the attraction pyramid.

This middle layer of the pyramid is where we connect on an emotional level and can fall in love. Our emotional connections fall into four distinct categories: trust and comfort, emotional intelligence, unique qualities, and level of mystery. 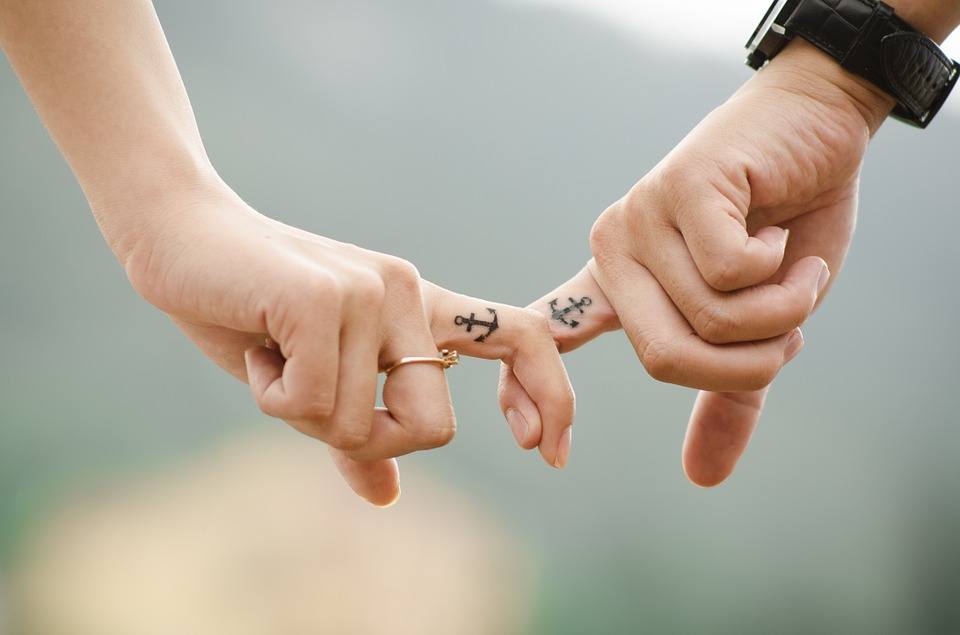 On the very top of the attraction pyramid is logic, which allows us to analyze relationships and determine whether the individual in question is a good fit. It stands to reason that the closer we align with another person, the greater the attraction.

A Note About Online Attraction

Today, many people are meeting potential partners online, so it's important to point out that the above-mentioned pyramid typically works in reverse for online relationships. You'll likely make a logical connection first, followed by an emotional bond. You'll need to meet any potential partners in person to see if there are status and health connection.

The Differences Between Lust, Attraction, And Attachment

At the beginning of a romantic relationship, it often seems that lust, attraction, and attachment are all rolled into one-and in some cases, that's true. Interestingly, these three classifications are all categorized by a unique blend of hormones. Estrogen and testosterone create lust, while serotonin, norepinephrine, and dopamine make the perfect cocktail for attraction. Attachment is the product of oxytocin and vasopressin.

This fantastic article by Harvard University breaks down these chemicals further, but in short, lust thrives on the need for sexual gratification. While lust and attraction can certainly occur simultaneously, they don't always act as a combo, as attraction is driven by the brain's reward center. When activated, this part of the brain gives us a burst of energy and a sense of euphoria, which often occurs at the beginning of a romantic relationship.

Attachment comes into play in long-term relationships and is responsible for cementing the bond between romantic partners, family members, friends, etc.

5 Factors That Attract Men To Women

There's no doubt about it: attraction is a matter of chemistry. Each time we interact with a potential partner, we're conducting a behind-the-scenes science experiment. Of course, as humans, our interactions, attractions, and bonds can't be fully explained by hormones. Let's take a look at the complexities of what men find attractive about women:

There's a biological reason men tend to be drawn to younger women. Males are often unknowingly on the hunt for signs of fertility. Since these signs (e.g., menses, increase in body temperature, etc.) aren't prominently on display, men depend on visual cues of youth and good health, like bright, clear skin, symmetrical features, and an hourglass shape.

It's important to note that the media's portrayal of youth and beauty plays a role in who men believe they should find attractive. With so many products and programs aimed at older women trying to achieve a more youthful appearance, there's no doubt that marketers are playing on the idea that youth is the secret to beauty, and beauty is the secret to attraction.

Thankfully, physical attraction isn't based solely on physical appearance. How women move, take up space, and interact with others can also make them more attractive to men.

Charismatic people tend to be self-confident, approachable, and good listeners. They possess a level of magnetism that makes them downright irresistible.

It probably comes as no surprise to learn that all of our brains are wired differently. According to biological anthropologist and relationship expert Helen Fisher, we each possess one of four dominant neural systems that helps shape our unique personalities. Over 14 million people have completed Fisher's 56-question survey to determine their dominant neural system and help them find compatible partners. 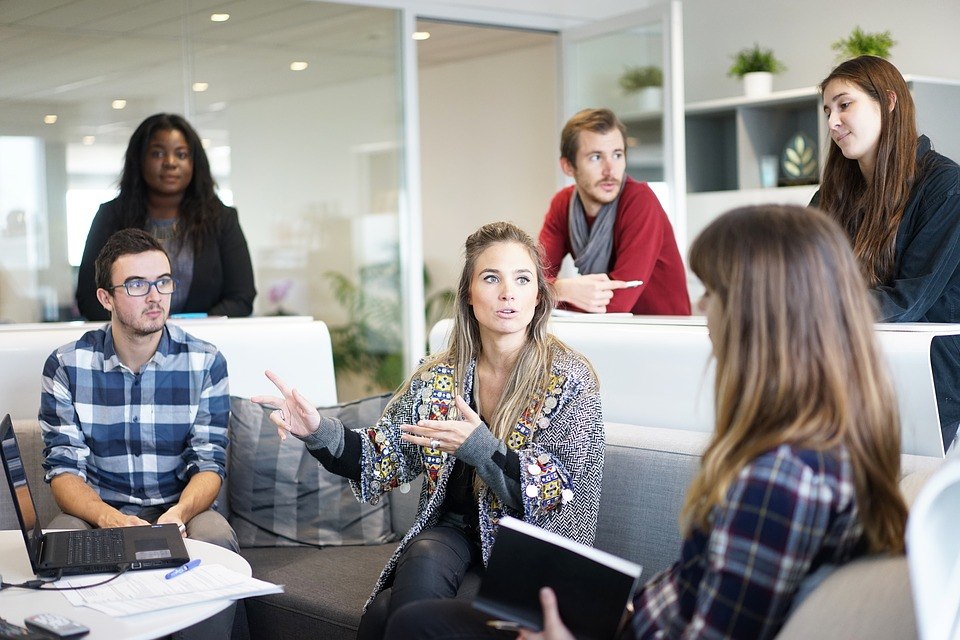 While all of our brains are made up of all four neural systems, the primary system plays the biggest role in the formation of our personalities. For instance, creative individuals have a dopamine-dominant personality and tend to be attracted to others with similar neural makeup. Rule followers are typically serotonin-dominant and are generally drawn to likeminded people. Analytical folks (testosterone-dominant) are often attracted to nurturing individuals (estrogen-dominant), and vice versa.

Attraction isn't always instant. For many people, it builds slowly over time. Mutual vulnerability has the power to transform friendships into romantic relationships. This is why many people tend to date within their social circle.

A study conducted by Aron in 1997 paired up perfect strangers and asked them to answer 36 questions carefully curated to spark an intimate connection. While the study focused on closeness and not attraction, some duos were indeed more attracted to one another after discussing the prompts on the questionnaire. In fact, one pair began dating and later married.

You've probably heard of pheromones and their ability to make men and women go wild. As it turns out, women emit different odors depending on where they are in their cycle. As humans, we produce pheromones when we sweat, and others unknowingly detect our scent with the brain and nervous system, as well as the nose. Women, in particular, secrete a vaginal fluid called copulin, which has been linked to sexual attraction.

Men are looking for particular characteristics and behaviors without even realizing it. Below, we outline five ways to make yourself irresistible:

Believe it or not, simply being nice can make you more attractive to men. In fact, research suggests that kindness is "universally desired." The best news? When you're kind, you're likely to attract kind, caring men.

In addition to being kind to others, having an optimistic attitude can also make you more attractive to the opposite sex. A 2010 study conducted in the U.K. instructed 2,000 college-aged males to rate women's attractiveness. The men found a wider range of women attractive when given positive information about the women, as opposed to negative or no information.

3. Pay Attention To Him

Men are attracted to women who are interested in them and not afraid to show it. While conversing with a potential partner, smile, make eye contact, and be sure to laugh at his jokes (if you think they're funny).

Honesty really is the best policy, especially when it comes to attraction. A 2006 study found that honesty made women look more fit, healthy, kind, feminine, and attractive.

Tip: Never lie on a first date to woo a potential partner. Not only will you appear less attractive; you'll also have to carry on lying or fess up later.

While wearing red may seem superficial compared to the previous suggestions, some evidence suggests that the color crimson is a serious man-magnet. The female cycle has been linked to this strange phenomenon.

Applying ruby lipstick, or wearing a rose-colored dress, could indeed turn a man's head, but studies are inconclusive when it comes to the power of red.

How Online Therapy Can Help You Attract Potential Partners

As mentioned previously, our status (confidence, skillset, and belief system) is the foundation that our attractiveness is built upon. When we lack confidence, we're less likely to take up space in the world and form and maintain meaningful connections. It's difficult for a woman to attract a good man if she doesn't believe she deserves him.

ReGain's online therapy services can help you build the foundation necessary to form and maintain a healthy romantic relationship. Our therapists are professionally trained and licensed, and best of all, each online session is confidential, convenient, and affordable. Your therapist can provide practical ways to boost your self-confidence, and help you get to the core of what's holding you back. Click here to get started.

"It is confidence in our bodies, minds, and spirits that allows us to keep looking for new adventures. - Oprah Winfrey

I Feel Like No Woman Is Attracted To Me: Low Self-Esteem And How It Impacts Dating
For Additional Help & Support With Your Concerns
Speak with a Licensed Counselor Today What Happens When There Is Sexual Tension Between Friends?

How To Stop Liking Someone When You Are In A Relationship

What Does It Mean If You're Thinking Of Someone From The Past?