Advice Home > Chat > How Often Should a Guy Text if He Likes You?

How Often Should a Guy Text if He Likes You?

Text messaging can be an indicator of interest, romance, and desire. How often someone texts you can serve as a barometer to the relationship, no matter the stage of a relationship. If they are texting you often, chances are they want to pursue a relationship with you. Conversely, if they hardly text you and seem aloof, then they probably aren't that interested in you.

When You're Just Starting Out

So how do you know what the right amount of text messaging to indicate a real interest in you? Too many messages, and you may feel suffocated and that the other person is too needy. Too few messages, and you can feel that the relationship is doomed before it starts.

Sometimes, guys and girls text differently. From emoji's and abbreviations to the frequency of the response, texting can differ between the sexes.

Guys can tend to be briefer in their messages, useless emoji's, and take a longer time to respond. Brief messaging doesn't mean that he's not interested in you; it may be a different style of communication.

So, how can text messages tell you if a guy likes you or not? 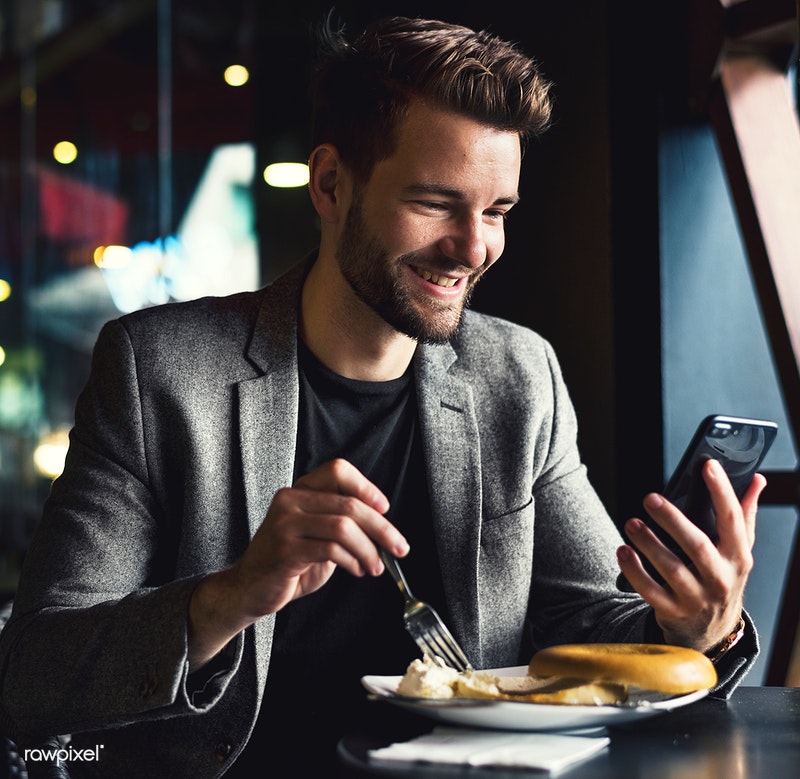 The most obvious way to tell if a guy likes you is by what he says in the text messages. However, it may not be entirely as straight forward as, "I like you a lot."

Often questions reveal a guy's true feelings. If he is asking things about you, it means he wants to get to know you. "What do you like to do for fun?" can even be a guy's way of probing for date ideas. When he asks about you, he is showing interest in you and your life. "What do you do for work?" can be a hidden way of trying to find out how much free time you have.

How flirty are his messages? Is the tone playful and fun, or is it more serious? Asking yourself these questions can help in figuring out what he might be thinking.

Remember: different people flirt in different ways. However, you can tell by the tone and vocabulary of the messages if he is playfully flirting or being friendly. Is he suggesting things like getting together? Is he telling jokes and lol-ing at yours? Maybe he's sending lots of emojis. That can be a sign he's trying hard to flirt with you.

There are many signs of flirting, and the more you see, the more confident you can bet that he likes you.

How Often Should He Text?

No matter his tone, his flirting, or his outright message of liking you, the question remains: how often should he be texting you if he likes you?

While there are no hard and fast rules to this, there are some indicators that you can go by to tell he likes you. 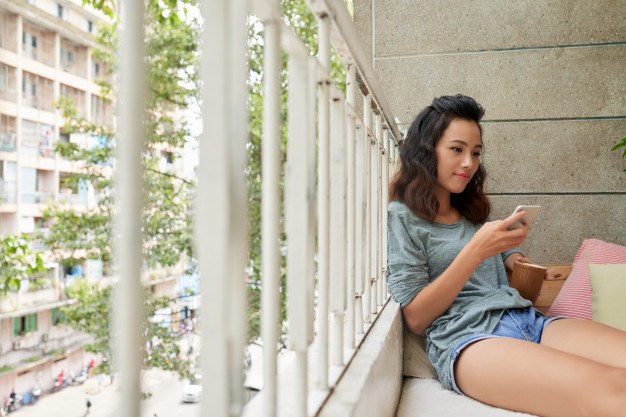 When you wake up to a text from a guy, it's a good sign he likes you. It means you were one of the first things he thought about in the day. Maybe he can't get you off his mind. It could even be that he's sending that good morning text wishing that he could be saying it in person.

Whatever the reason, the text first thing in the morning is a good thing. It's even better if it becomes a conversation. Early morning conversations can give off the feeling of in-person conversations over coffee. It also means that the guy wants to talk to you, which means he wants to keep getting to know you, and maybe even set up plans to see you.

If he texts you before he goes to work, or the gym, or school, it's another good sign that he likes you. He's getting in a final word before he gets too busy to effectively text. It can mean that he wishes he could keep texting you, that you were going with him, or even that the guy wishes he could kiss you goodbye.

While most people get busy with their days and can't carry on a continuous conversation, there usually comes a few times when a text message can get sent. These may not be part of a conversation, but they let you know he is thinking about you during his day.

At the very least, look for a lunchtime text. The guy may not be texting you every chance he gets free, but he may text you at least once in the day if he likes you. Just remember he has a life, a job, or maybe school and can't always text as often as you may be able to with your life. Just because he doesn't respond right away doesn't mean he's lost interest. It may mean that he is busy.

If he has been thinking about you during his day, as he gets done with his day, he'll probably give you a text. At the end of the day is the time when more conversational texting can happen. People usually have the least responsibilities and most free time.

So look for him to start or continue a conversation in earnest. Now is the time for banter back and forth, the flirting, and the "getting to know you" questions. While at the end of the day may not be the only time conversations like this happen, it certainly is the most prime time for this type of texting.

Maybe he texts you about the TV show he's binge-watching or a movie. Maybe he's telling you about his day. Maybe he says, "Hey. How was your day?" Whatever it is, texting at the end of the day, especially when it becomes a conversation, is always a good sign of his feelings. 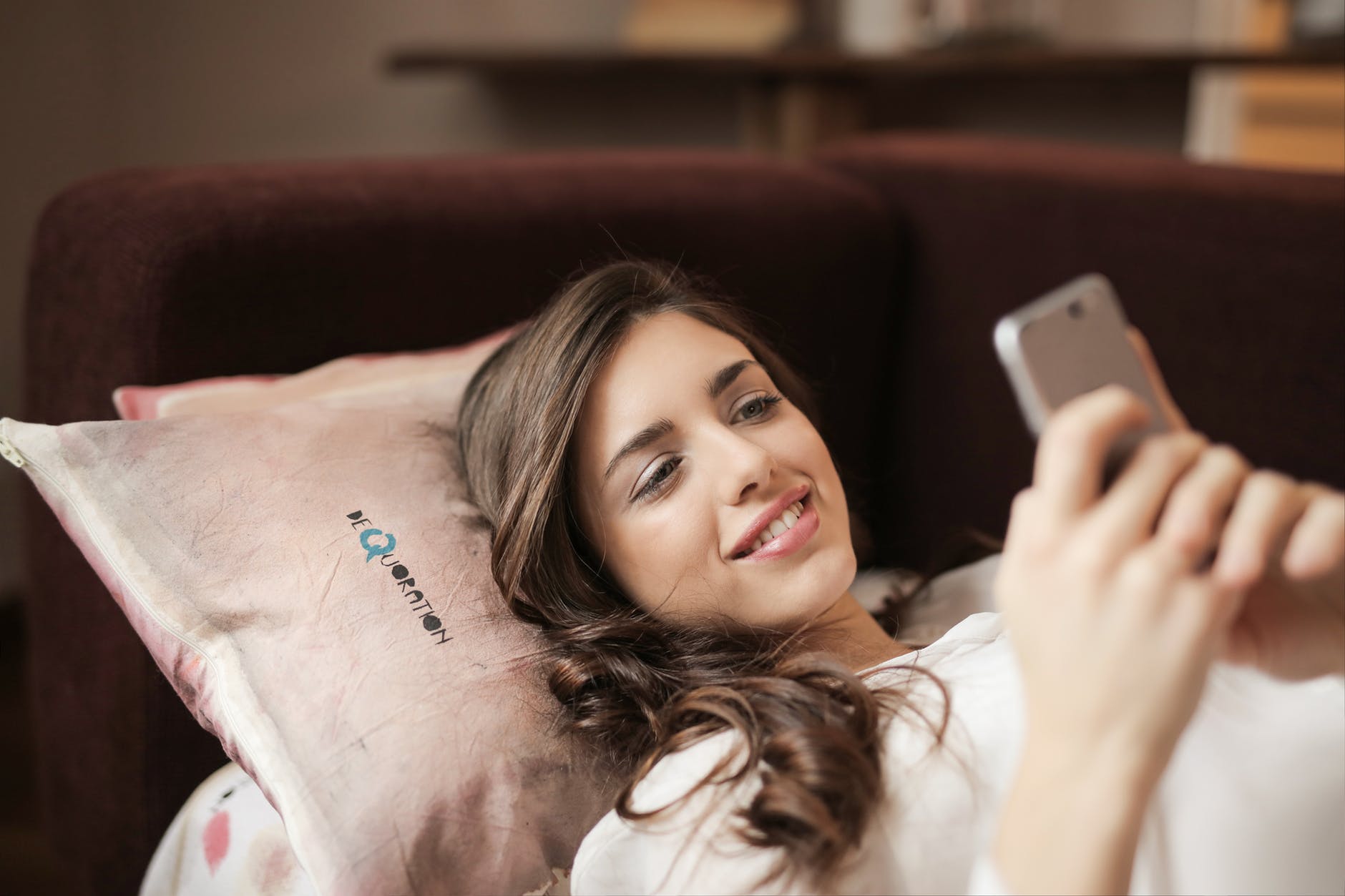 The goodnight text is always the right way for a guy who likes you to finish off the day. It might be a wrap up to the evening's conversation, or a stand-alone text message. Either way, it shows that you are what he is thinking about as he wraps up his day.

Bedtime is a time when he might get a bit mushy. He may say things like, "I wish you were going to bed with me" or "If I were there, I'd give you a goodnight kiss." These are distinct ways you know he's into you. In addition to showing you he's still thinking about you, these can be a bit more vulnerable statements where he shows his feelings with a bit more candor than other text messages.

It's ok to get a bit more vulnerable with your responses as well. If the guy is showing his feelings, you can show yours as well. Showing your feeling is an excellent way to break the barrier of unspoken romantic or sexual tension. If you can be honest with each other about your feelings, it's going to make for a better start to a relationship than if you keep everything under wraps.

What to Look For

So, how often should a guy text you to show he likes you? It's going to vary from guy to guy. Some guys are more talkative than others. Still, a few text messages a day are proof that he likes you. You should look for three to five messages a day, unless you strike up a conversation, then look for more.

Remember, these are simple guidelines, and there is no hard and fast rule. Instead of counting the number of texts, look at the content, the quality of the texts. If the guy is telling you things that make it clear he likes you, but only texts you twice a day, he's not sending mixed messages. If you feel like you would like to talk to him more often than he is texting you, tell him so.

Honesty and openness in communication (even at the flirting stage when you're getting to know each other) is essential so that there are no missed expectations, hurt feelings, or mixed signals.

After the Relationship Starts

If you and the guy you're texting decide that you like each other and want to take things to the next level, texting can continue and probably will increase in frequency. Whatever happens with your communication, it's essential to remain open and honest with each other.

This can be difficult due to past hurts, ways each of you were raised, social expectations, and fears you may have. Navigating these problem areas is where a licensed online therapist can help. With the help of the therapist, you and your partner can navigate the things that cause bumps and problems in relationships and aid you in achieving and maintaining open and honest communication.

Responding to the Texts

Remember, especially at this stage, the guy's texts are only half of the equation. How you respond and how often you text sends a message. Don't be clingy but do feel free to reach out and text the guy as often as you like. You can be the one to send the good morning, midday, after work, and goodnight texts. Taking the initiative and texting first shows where you stand in your feelings and lets them know you like them. Once you take that step to begin and show the guy you like him, he may be less hesitant to reciprocate the actions.

How Often Should You Text A Girl To Keep Her Interested In You? Keeping The Conversation Going
For Additional Help & Support With Your Concerns
Speak with a Licensed Counselor Today

Is It Okay To Send Goodnight Texts To Her If You’re Not In A Relationship?

Guy Texting Advice: 9 Ways To Keep Him Engaged In Conversation

How Often Should You Text A Girl You Like?