Guy Texting Advice: 9 Ways To Keep Him Engaged In Conversation

Meeting a new guy is terrific and you want to be able to keep getting to know him better. Even if you have gone on one or two dates, it's still going to be essential to use texting to your advantage. It's a perfect way to learn more about someone, and you can use it to advance the relationship. What do you do when a guy doesn't seem like he is engaging in conversation through text messages, though? How do you get him to pay attention and keep him interested? 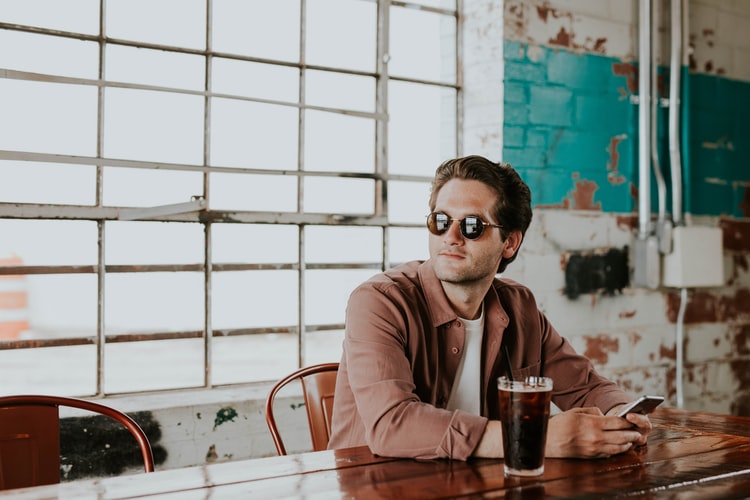 Look at the guy texting advice that has been compiled below. These nine ways to keep him engaged in conversation should prove to be very useful to you. You should be able to use a combination of several of these ideas to help keep your texts fresh. If you're looking to establish a long-term relationship with this guy, then this advice will undoubtedly be helpful. Read through all the different approaches you can take and then decide how you want to move forward.

One of the most important things to remember about texting a guy that you like is that it's best to be upbeat. There is nothing wrong with being real sometimes when you're having a rough day, but you don't want to send low energy texts all the time. If you're looking for advice to keep him engaged, then you need to consider that the texts that you've been sending haven't been that engaging. Try to be fun and positive so that this energy will rub off on him. He should respond in kind and will text back.

Talking about fun things or positive things steers the conversation toward what you're wanting. Learning how to drive a conversation through text messages is not easy for some people. Unlike talking to someone in real life, you aren't going to be able to judge body language. You must try your best to be fun and show your personality with your words. Some people use emojis or GIFs to help give text messages a bit of personality. You can develop your own style that works well for you over time.

Talking about shared interests is going to be an excellent way to keep him invested in the conversation. Do you both like similar music? Perhaps you start talking about the new album you've been continuously streaming. Even talking about your favorite TV shows or something like that can be a great way to connect. This might seem like a filler conversation to some, but it's a terrific way to keep people interested. Texting doesn't have to be about the relationship all the time. Sometimes it's good just to have fun and share some laughs talking about something that brings both of you joy.

If you don't know whether you have common interests yet due to your relationship being very new, then you can try to find common ground. Learn his favorite bands and movies. You'll eventually find areas where you have overlapping interests, and you can then start talking about those. Having more reasons to connect with him will help to keep him talking, and he should be more interested in the conversations when talking about his favorite subjects. You could even take an interest in things that he likes that you aren't familiar with, but it should come from a genuine place if you decide to go that route.

Asking fun questions is a fantastic way to get to know a guy. New relationships can be exciting, and getting to know someone's personality is a thrill. There are many questions that you can ask to get to know him better. Playing a simple texting game where you ask questions back and forth can be fun. It can even become a bit flirty if you wish to steer things in that direction. The "getting to know each other" phase of the relationship is usually very engaging. Encourage him to get to know you more and ask him questions that will allow you to learn about each other's personalities.

Making him feel special is going to be helpful, too. If you want him to know that you like him and that he means something to you, then you can send texts that reinforce that notion. Something as simple as a goodnight text can make a guy feel like he is cared for. You could also send supportive texts when you know he is going to work or that he has a test at college. These small gestures can help to keep him interested in what he has going on with you.

It's also good to let him know when you're thinking of him. If you're already somewhat romantically involved, then you can let him know when you're missing him. This might make you feel a bit vulnerable to admit your feelings, but being real is crucial when you want to take the relationship to the next level. If he feels the same way, then he's going to appreciate how you're making him feel. You're showing him that his time is valued and that you're looking forward to getting more of him sometime soon. 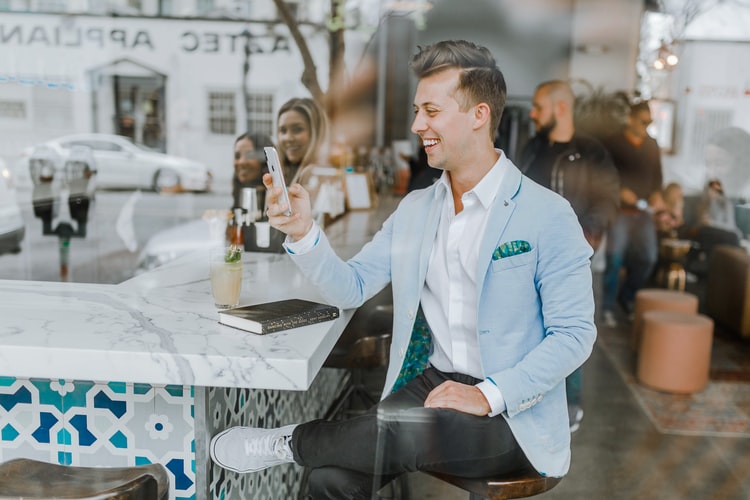 5. Give Him Space When Necessary

There is such a thing as texting someone too much. You might be a big texter, and this could lead you to send more text messages than this guy can handle. Some men are simply not as interested in text messaging back and forth as others. Your guy might be busy with work, and he might be too tired to text a lot when he gets home for the day. If this is the case, then you might want to hold back and text him a bit less than you usually would. You don't want him to feel like you're overbearing or something.

Also, texting all the time isn't necessary to have a healthy relationship. Even if you're dating, there might be days where your guy will just want to spend time with friends or family. Some couples text every single day without fail, and it feels completely natural. What will be natural for you and your guy remains to be seen. Just don't try to force him to text all the time if he doesn't want to. You'll want up having the opposite effect that you're hoping for. Most guys enjoy texting girls that they like, but you might need to show some restraint depending on the situation.

Some people tend to get overly dramatic. If you get emotional sometimes and you wind up lashing out on the phone, then this could be bad. Everyone has emotions, and you shouldn't try to deny how you feel about things. Even so, drama playing out through text messages doesn't really do your relationship any good. Try to keep things fun and positive with text messages, if possible. If you have some serious issues that need to be addressed, then it might be better to do that in person.

Fighting over text messages is the worst. You might even have a harder time coming to an agreement when you're just texting. If you sense a disagreement is on the horizon, then just tell him that you can talk about the subject later and move on to something else. It's going to be better for your burgeoning relationship if you keep the text space as something that you both look forward to.

Another way to keep him interested is to advance the relationship by making plans. Use your texts back and forth to plan out your next dates or the next time you're going to hang out. Let him know that you're looking forward to seeing him and build these plans up. It's going to help him look forward to seeing you, too. You can discuss what type of dates you're interested in going on, and you should be able to plan some enjoyable activities. 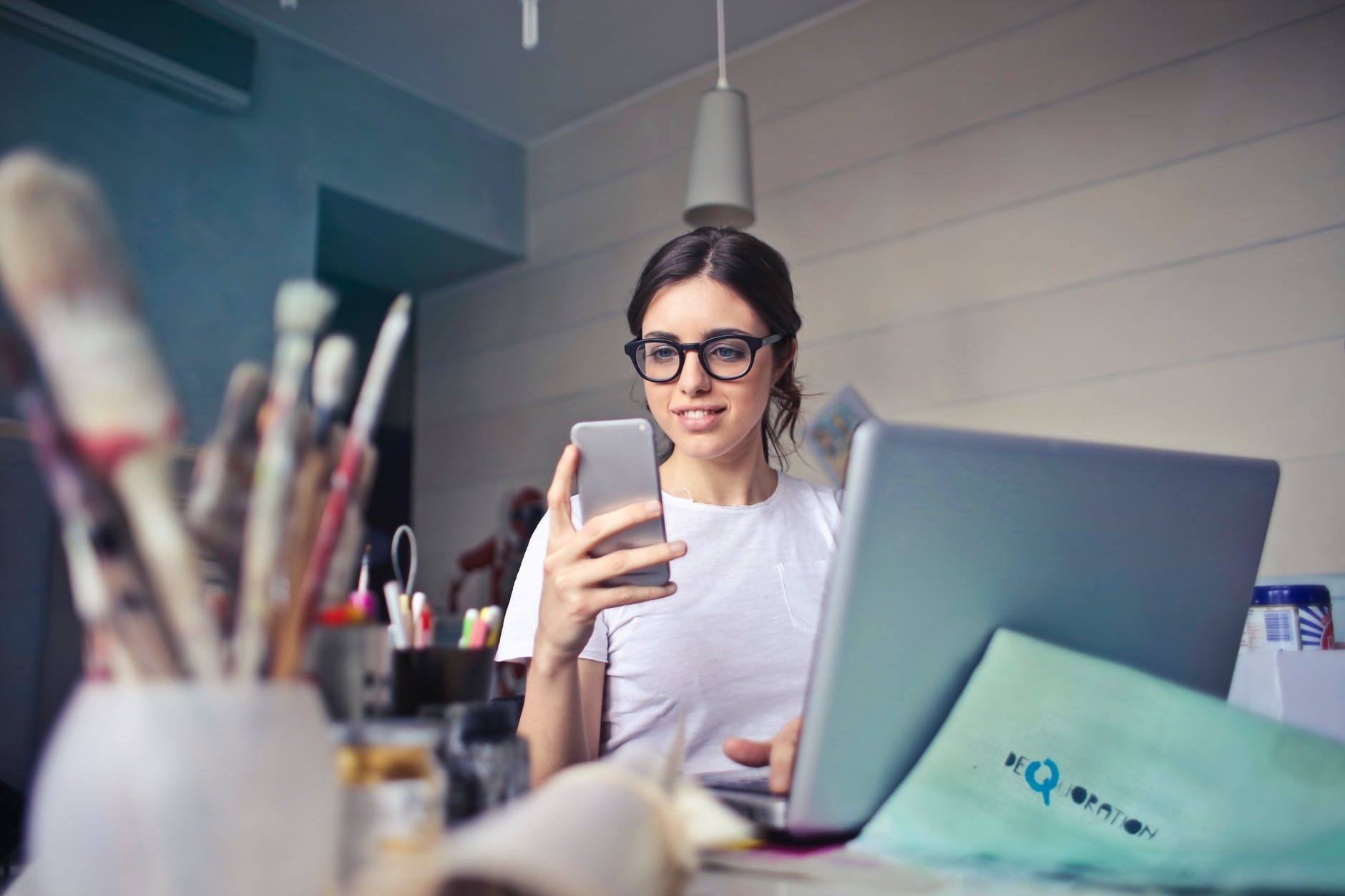 8. Don't Be Afraid to Flirt

Flirting over text is something that is going to keep him interested. Many people love to flirt with their love interests using text messages. This could mean that you're sending him simple compliments sometimes, or it could be something a bit more risqué. Depending on how far your relationship has developed, you might be willing to flirt with this guy through texts. If you're interested in him romantically, then your conversations might have a naturally flirtatious tone to begin with.

Sending pictures is another fun way to engage with your guy through texts. You don't have to send him pictures that could embarrass you in the future, but sending him a pic of you when you think you're looking cute makes sense. He will likely reply by sending you pictures sometimes. This is a fun way to build anticipation for your next few dates. You're attracted to each other, and you can engage in a fun and flirty picture exchange if you so choose. Just try to keep things tasteful and remember that sending lewd pictures is ill-advised, especially if you haven't been dating this man for long.

If you're dating this guy and he just doesn't seem to have excellent communication skills, then it is possible to get some help. You could turn to online relationship counseling to get some assistance. A counselor like this can work with you and your boyfriend to help you develop better communication over time. Your online counselor will work with you on any nagging issues that might be keeping your relationship from reaching the next level. There is no reason to face things alone when a professional can work with you whenever you happen to have free time.

How Often Should You Text A Girl You Like?
For Additional Help & Support With Your Concerns
Speak with a Licensed Counselor Today

Is It Okay To Send Goodnight Texts To Her If You’re Not In A Relationship?

How Often Should You Text A Girl You Like?

How Often Should a Guy Text if He Likes You?