Advice Home > Therapist > What Evidence Based Therapy Should I Consider For Couples Counseling?

What Evidence Based Therapy Should I Consider For Couples Counseling?

The field of psychology is quite large and complex. Research continues in many different areas of psychology because there's so much that we still don't know about how our brains work and why we think, feel, and act as we do. 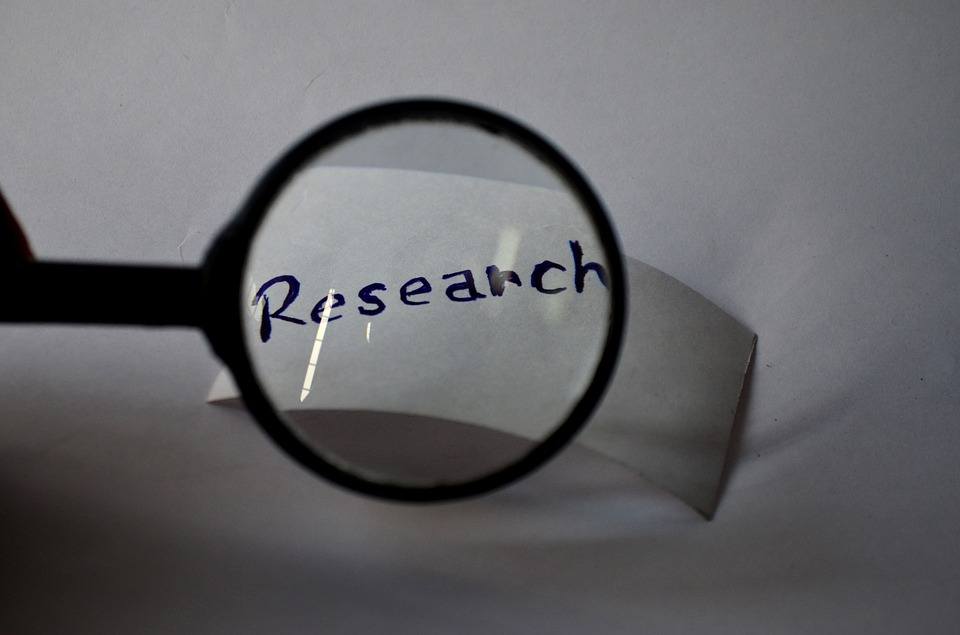 Want to Learn More About The Types of Evidence Based Therapy?
Speak With A Board-Certified Therapist Online Today.
This website is owned and operated by BetterHelp, who receives all fees associated with the platform.

What Is Evidence-Based Therapy?

The American Psychological Association (APA) defines evidence-based therapy as, "Evidence-based practice is the integration of the best available research with clinical expertise in the context of patient characteristics, culture, and preferences."

Any kind of treatment is subjective until it's been through rigorous testing to demonstrate that it works. The scientific method uses real-world testing on new ideas. Therapies that have been backed up scientific evidence have proven to be effective. Therapists are encouraged to use evidence-based treatments because they're safe, and most people will find improvement from them.

The Substance Abuse and Mental Health Services Administration (SAMHSA) maintains a list of all evidence-based programs and practices on the National Registry for Evidence-Based Programs and Practices (NREPP). The registry only lists treatments that have proven to significant net impact on the outcome of mental health disorders, as demonstrated by extensive research.

When trouble is brewing in a relationship, couples will usually find help in couples therapy. In many cases, each partner has some things they need to work on within themselves in addition to working on issues that are tough to deal with as a couple.

There's no right or wrong couples therapy. The only right couples therapy is the one that brings them closer and helps them work through their differences in a mutually respectful and loving manner. The following are four evidence-based couples therapy methods. 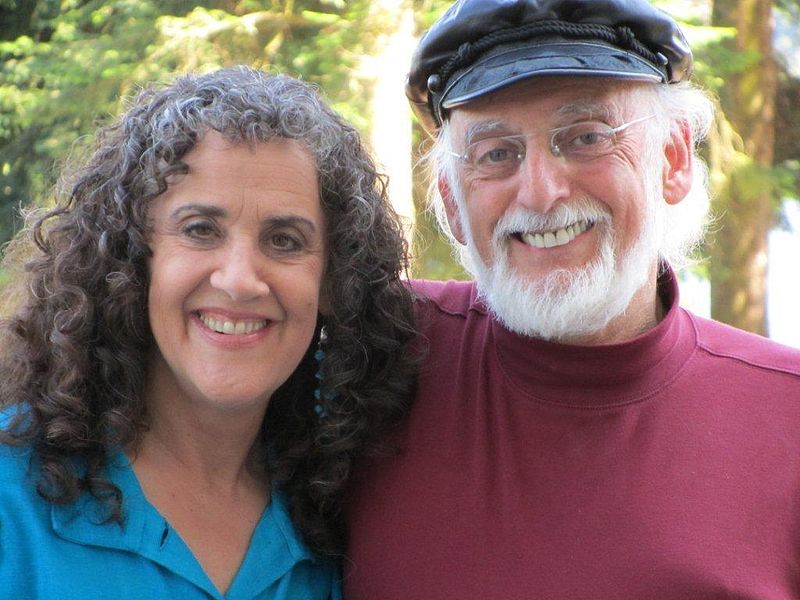 One of the most popular couples counseling methods is the Gottman Method. It was designed, developed, and researched by Dr. John M. Gottman and his wife, psychologist, Julie Gottman. John Gottman is a long-time researcher who spent 40 years researching how to improve relationships for couples. In particular, Dr. John Gottman has researched the predictors of divorce to assist him in counseling couples in the characteristics that necessary to maintain a happy, loving relationship with their spouse or partner.

The Gottman Method consists of nine components of a program called the Sound Relationship House. The therapeutic process entails each partner making a mental map of each other's world and learning how to break through gridlock.

The Gottmans determined that negative emotions, like being defensive and contemptuous, are more likely to hurt relationships than positive emotions can overcome them to improve couples relationships. The structure of the Gottman Method helps couples develop understanding and skills so that partners can turn towards each other when one of them is hurting rather than turn away. The process helps couples strengthen their fondness and admiration for each other, manage conflicts, and explore each other's dreams together.

Narrative therapy is a type of counseling that helps people isolate their problems from themselves. By giving issues a bit of distance, it's easier for couples to see other ways that the issue is affecting them. The issue may be protecting them in some way, and it may even be helping them. In being able to see the issue from various new perspectives, couples become motivated to make changes in their thoughts and behavior, so they can reframe their life story in a way that reflects who they are as people and their life's purpose. Narrative therapy gives couples a chance to rewrite the narrative of their lives while keeping problems separate.

Emotionally Focused Therapy (EFT) focuses on the bonding quality of adult relationships. This therapy entails exploring patterns in the relationship and taking steps to create a closer bond and increase trust. EFT is a short-term, evidence-based therapy that helps couples relationships to become stronger and healthier.

Cognitive Behavioral Therapy (CBT) is a therapeutic method that helps couples communicate better, improve intimacy, develop rewarding relationship behaviors, and explore the negative and harmful dynamics that are hurting the relationship. Research has shown that CBT for couples is effective, about 75% of the time.

Recent advances in couples therapy suggest that CBT, combined with other interventions, can help couples to change problem behavior patterns and learn to accept their partner's behaviors that aren't bound to change. Therapy that focuses on a combination of making changes and acceptance of the other person helps couples deal with conflict and resolve their differences effectively is even more effective than CBT therapy on its own.

Other Types Of Couples Therapy

There's no denying the importance of research. Couples may be able to find therapy that isn't evidence-based yet, that is still helpful to them. It's important to consider that part of evidence-based treatment assumes that couples will make informed decisions about the status of their relationship and what they need to improve it. Cutting-edge therapies that are still in the research phase of science may be helpful to couples that are open to giving them a try. Following are a few non-evidence-based couples therapy treatments that are showing promise. 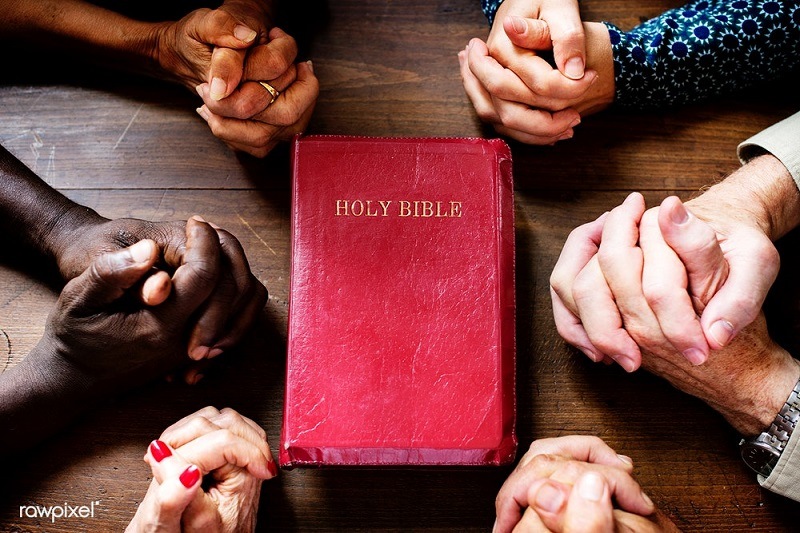 Want to Learn More About The Types of Evidence Based Therapy?
Speak With A Board-Certified Therapist Online Today.

If one or both of you are a member of a church or religion, you may check with your church leadership to see if they offer to counsel to members. Having faith in a higher power sometimes provides common ground for couples who are going through difficult times in the relationship. Organized religions are typically highly supportive of strong and lasting marriages, and the membership can be a helpful support system.

Couples that lack faith in traditional psychotherapy may be more inclined to try Imago Therapy, which looks at each person's weaknesses and how they choose people that have many of the same weaknesses. Some couples aren't up for talking about their feelings out of fear of being criticized or feeling uncomfortable discussing difficult topics. Imago Therapy may be instrumental in helping couples assess their relationship dynamics rather than focusing on individual behavior. Therapists use conversations between partners as a basis for helping them understand each other's needs rather than striving for a particular outcome.

Most marriage therapists are trained in an individual model of therapy where the happiness of each individual supersedes the happiness of the couple. The benefits of this type of therapy are that it when it works, it works by resolving problems within each individual, and it tends to work in a fairly quick time frame. This type of therapy doesn't come without risks. One risk is that each partner may give up rather than be willing to do the necessary individual work that's needed to move the relationship forward. Another risk is that individual work comes at the expense of the work that needs to be done on the couple's relationship and the rest of the family.

Many types of couples counseling are fixed programs with a specific structure and timeframe that ranges from a weekend to several weeks. These types of programs are helpful for people with healthy or marginal relationships; however, they don't always work well for couples that are dealing with complex problems and harsh feelings. Some couples will only realize success when they commit to long-term counseling that helps them make gradual and lasting changes to themselves and their relationship. 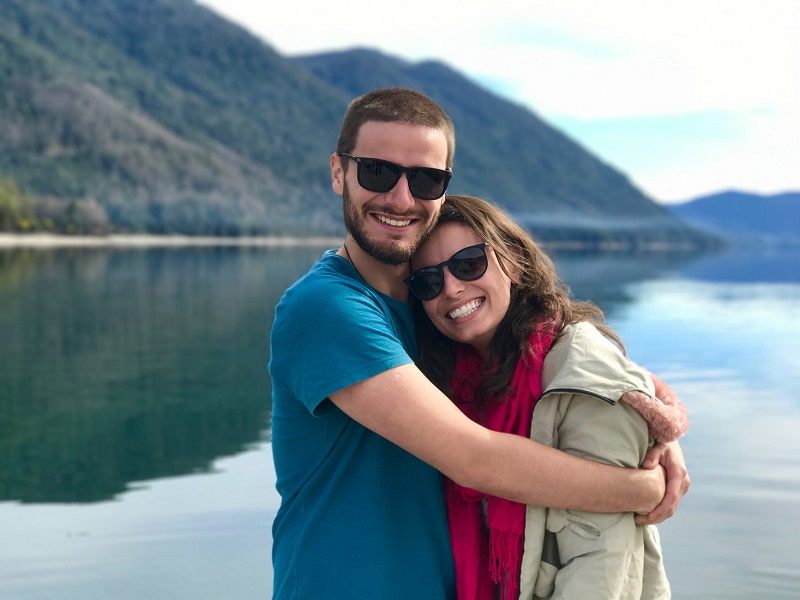 Couples counseling works best when couples pursue counseling at the first sign of trouble before bad habits like yelling and screaming come into play. If your relationship is already beyond that, it's not too late to get help.

Here is some insight as to how couples therapists work-there are no secrets. What you divulge to the therapist will likely be shared openly between the three of you. This is an important consideration because the therapist has to remain neutral for trust to develop. Your therapist will not take sides.

Be aware that while one of you may have an individual problem such as substance abuse or infidelity, couples counseling will explore individual issues for both partners as well as issues in the relationship.

What is meant by evidence based treatment?

What are the 5 steps of evidence based practice?

What are evidence based practices in psychology?

What is evidence based practice in mental health?

What are examples of evidence based practices?

What are the 3 components of evidence based practice?

The three components of evidence based practice are used to create treatment plans that are effective and backed by research. They are used when looking at different forms of therapy including family therapy, couples therapy, individual therapy, group therapy, and treatments related to medical concerns or even modalities used to help those in specific circumstances that are not necessarily medical or mental health diagnoses.

What are the 7 steps of evidence based practice?

The first step of evidence based practice is to first create a question, hypothesis, or topic of inquiry. The second step is to look at these questions or hypotheses in what’s called a PICOT (Patient population, Interest or Intervention, Comparison, Outcome, Time) format. The third is to actually find the evidence, and the fourth is appraisal or review of what was found. The fifth step of evidence based practice is the integration or usage of the practice in question. The sixth step is to evaluate the integration from the previous step. Finally, the last step is dissemination. Looking at potential practices in depth is essential in the medical and mental health world because we want to ensure that the treatment plans people receive are proven effective. Evidence based therapy, evidence based psychotherapy, and evidence based medicine are vital because they show us what works in the medical and mental health care system. Some research even helps us to understand what the most cost effective and conducive options are for care.

What are the disadvantages of evidence based practice?

What is the Gottman Method Couples Therapy?

The Gottman Method couples therapy is an emotionally focused couples therapy technique, which means that the bulk of the treatment will revolve around the couple’s feelings and interaction patterns. By observing the couple as they interact, the couple’s therapist can ascertain what elements of the marriage need to be improved. Then, they can give professional advice, based on their advanced training, to help the couple move towards a more successful marriage. These emotionally based approaches are a great way to improve intimacy and move forward, even if the marriage feels like it’s lost its sparkle.

There are also some special techniques that the Gottman Method couples therapy employs to reach its goals. Couples therapists with advanced training are set up to help couples learn how to build and grow these traits in their marriage and family. The components are as follows:

Is the Gottman method effective?

What Is Brainspotting, And Is It Right For Me? What Is Online Psychotherapy? How To Find An OCD Therapist Near Me Find A Hypnotherapist: All You Need to Know Taking A Look At Therapy Apps And Why They Work Finding The Right Addiction Therapist Near Me How To Check If A Therapist Is Licensed To Practice Online Therapy In Your State
The information on this page is not intended to be a substitution for diagnosis, treatment, or informed professional advice. You should not take any action or avoid taking any action without consulting with a qualified mental health professional. For more information, please read our terms of use.