How Do Affairs End Usually?

There are many schools of thought regarding affairs. In some circles, affairs are not talked about, but are generally accepted as a part of life, without a lot of moral judgment or disdain. In some circles, an affair is the ultimate betrayal, as warrants a swift and emphatic removal from someone's life. In others, affairs are painful, but accepted, and couples try to move forward in health and forgiveness. No matter the cultural paradigm or personal belief system, there are certain themes that tend to emerge when someone has an affair, many of them transcending age, background, gender, and race. 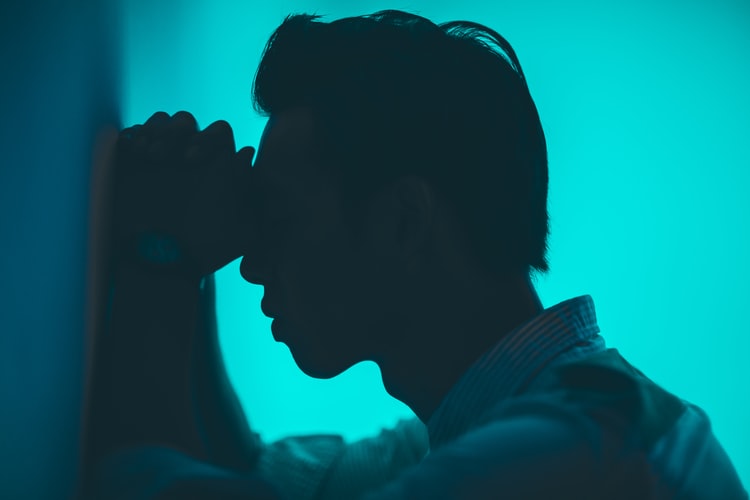 What Is an Affair?

The actual definition of an affair can vary. The most commonly recognized affair is a sexual one. In a sexual affair, someone in a relationship deviates from their spouse, in order to engage in a sexual relationship with someone else. Affairs can be one-time dalliances, or they can be continual relationships-both are considered affairs and both cause tremendous pain and upheaval in most relationships.

There are also emotional affairs. These are less frequently recognized as being a form of betrayal. Many people however, believe that emotional affairs are just as problematic as physical ones, if not more so, because they involve a strong emotional connection to someone else, rather than just a simple transaction of a one night stand or physical relationship.

Why Does the Distinction Matter?

The distinction between cheating and an affair is usually a matter of the brevity with which it is treated. There are those who believe that the bonds of marriage are more sacred than a committed partnership, and that stepping outside of a marriage is far more egregious than cheating on someone you are dating.

This is not always the case, however, particularly among couples that do not prioritize the contract of marriage. If marriage is not seen as a normal progression of a relationship, there is no real distinction between cheating in a relationship and cheating in a marriage. In these cases, the term "affair" can apply to a dating relationship, and the aftermath can be as overwhelming, painful, and devastating as it would be in a traditional marriage.

How Do Affairs End?

Affairs usually end in one of three ways: divorce and remarriage, divorce and relationship loss, or the recommitment to the relationship that was betrayed. Each of these resolutions of an affair have their own pros and cons, and each of them has a unique set of circumstances surrounding why they occurred, and how the involved parties reacted and responded. 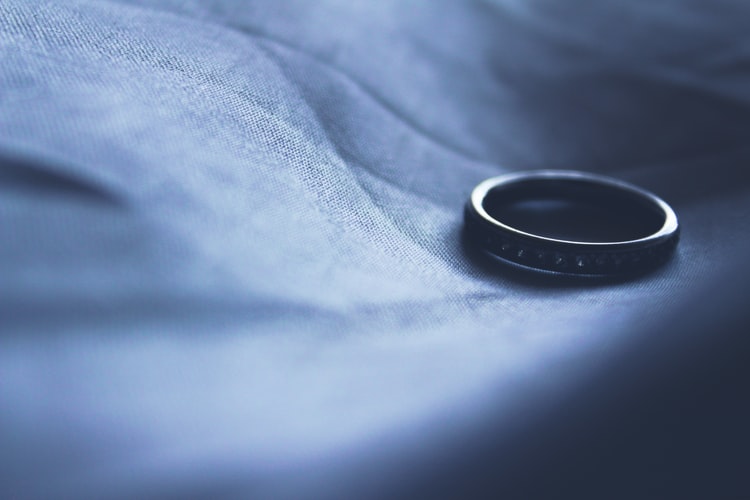 For some, an affair indicates the start of a new relationship and a new life. In these instances, an emotional connection is usually a factor, and the spouse who cheated leaves their spouse for their new partner. Affairs that end in this way might set a cycle in motion that involves more affairs, subsequent divorce, and subsequent remarriage, but the resulting relationship might also prove to be one that lasts; no two situations are exactly the same.

This is the most common trope seen when infidelity is involved in a marriage. Countless media examples demonstrate the popularity of a man or woman who cheats on their spouse, leaves their spouse for their new partner, and enjoys a newly free, younger way of living. In real life, though, the outcome is rarely as simplistic or deliberately cruel. Unfortunately, some people step outside of their marriages or relationships, fall in love with the people they cheated with, and choose this new relationship over the old. While it may hurt, it is usually not malicious in nature, but comes as a result of relationship neglect, self-focus, and an unwillingness to work on the existing marriage.

Some affairs end in both the loss of one's spouse, and the loss of whatever relationship prompted infidelity. In some cases, this comes as a result of all parties being made aware of one another: some people who step outside of their commitments do so without informing their new partner of their marriage or long-term relationship status, and suffer the consequences when their new flame discovers the lie.

Divorce and relationship loss contains within it a lot of pain: not only is the spouse who has been cheated on in pain, but also the new person with whom the spouse was having an affair, and the cheating partner. In this scenario, everyone's hearts are dragged through the mud, and recovery often requires a lot of time, therapy, and distance from one another.

In some cases, an affair prompts a revival of a marriage, and encourages each partner to invest more time, effort, and energy in their relationship. Couples can absolutely overcome the pain and betrayal that follows an affair. The road to recovery can take literal years and is very often not linear in its resolution. This means that recovering marriages might experience periods of separation, followed by reunions, with additional separations and reunions in between. 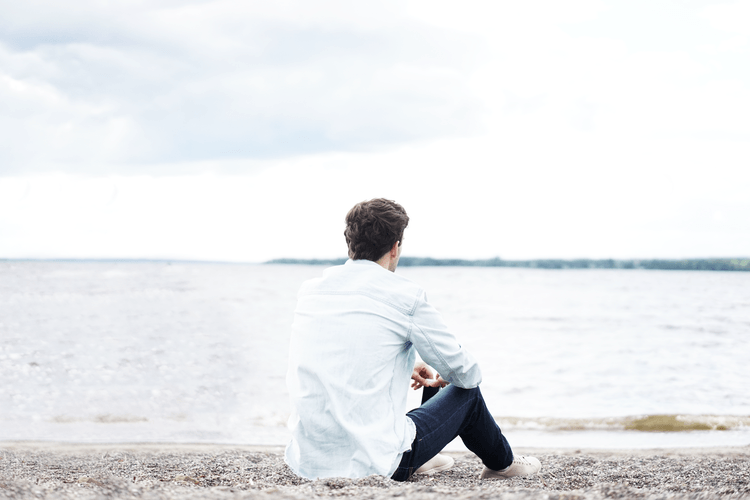 Although there are certainly cases where both partners work hard to resolve their issues on their own, getting back together and working on your relationship in the wake of an affair usually involves the help of a therapist or marriage counselor. There are many painful, frustrating, and difficult interactions on the journey to healing and many of these are best completed with the help of a mediating third party.

Why Do People Have Affairs?

Because affairs never occur without plenty of pain, heartache, and betrayal, it begs the question: why do people cheat? Why bring so much pain on yourself, your former partner, and your current partner? The exact reasons for engaging in affairs are varied and diverse, but there are often a few common reasons given. These include:

The most common reason given for having an affair is experiencing dissatisfaction in your current relationship. People who are unhappy in their current love lives often believe they will find happiness elsewhere. They chase that rabbit hole to the inevitable conclusion of an affair. The result is rarely (if ever) effective in improving satisfaction, but is frequently used as a temporary solution to what they are feeling.

For some, an affair is a simple (if unfortunate) manifestation of long-standing issues with intimacy, communication, and commitment. For these people, monogamous relationships might feel as though they are steel traps-traps that must be shaken off in any way possible. This could be due to unhealthy relationship examples in youth (a parent who constantly dates, but never seems willing or able to commit, for instance), a traumatic dating history that was never addressed, or a simple fear of rejection. When infidelity occurs in these relationships, it is often wholly unrelated to the relationship itself, or the partner involved, but is based almost entirely on unresolved trauma, pain, and maladaptive coping.

Whether it is addiction to sex, alcohol, or drugs, infidelity can be a common companion to addictive behaviors and disorders. Just as someone who is suffering from substance abuse must engage novelty in order to achieve the same high they experienced the first time they indulged in drug use, someone who struggles with addiction might use the rush of endorphins and other hormones that comes with a new relationship as a means of achieving natural highs, and staving off predictability and letdown. 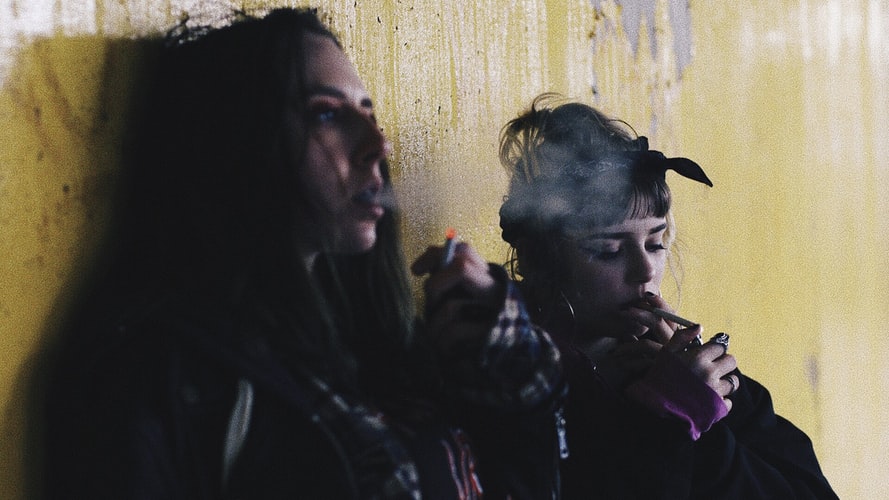 While it might seem silly to suggest that poor communication skills can cause an affair, it bears weight. Communication lays the foundation for a healthy relationship, and the lack of communication can lead to decreased social function, increased relationship dissatisfaction, and a decreased ability to express your wants and needs. If you are unable to communicate that you are upset, feeling dissatisfied, or feeling as though you want to step outside of your relationship, you may be more likely to indulge these impulses.

The exact trajectory of an affair differs from couple to couple, and situation to situation. What does not change, however, is the damage that affairs do. Any betrayal by an intimate partner comes with immense pain and trauma, and can cause the development of mood disorders and a host of other issues, ranging from difficulty trusting others, to actual medical conditions. Whether an affair ends in divorce and remarriage, divorce and a breakup, or reconciliation, all of the parties involved will experience loss and pain, and most will experience regret of some form.

How Many People Cheat? Statistics And Figures For Infidelity In The U.S.

Emotional Affairs At Work: Understanding The Limits For Close Office Relationships
For Additional Help & Support With Your Concerns
Speak with a Licensed Counselor Today