Numerous online quizzes have proven helpful to people. The Enneagram and Myers-Briggs tests, for instance, provide guidance and insight for many people to begin the work of self-discovery and self-mastery. Unfortunately, there are also many quizzes that can actually be harmful. Self-diagnosis tests can exacerbate the feelings of people who perpetually feel as though they are sick or dying, and unqualified psychological tests can give the inaccurate impression that men and women possess disabilities, disorders, or mental health issues they do not actually have. 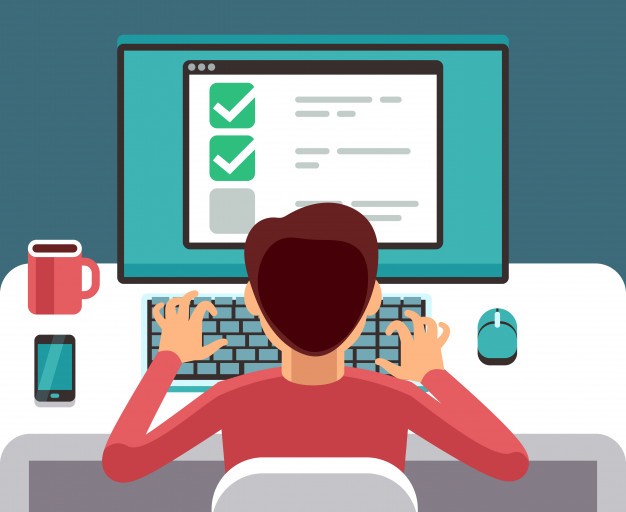 Some of the more problematic online quizzes, though, are those involving narcissism. Because the actual disorder is far different from having narcissistic traits, and is a serious mental health issue that warrants a diagnosis and subsequent therapy, a simple online quiz is not enough to quantify and contain the complexity and danger that resides within Narcissistic Personality Disorder-nor does it adequately and accurately describe or assess the effects Narcissistic Personality Disorder has on the children who grew up under its thumb.

What Is Narcissistic Personality Disorder?

Narcissistic Personality Disorder (NPD) is a personality disorder characterized by delusions of grandeur, an inflated sense of importance, a lack of empathy or consideration for others, arrogance, sensitivity to criticism, and deeply-held insecurity. Narcissism often does not show up until adolescence or later, but usually has roots in childhood trauma and neglect. Children who grow up in unstable homes-whether that is emotional, physical, or financial instability-may reach adolescence or adulthood feeling as though they need to compensate for their feelings of inadequacy and begin the trek toward NPD.

There are varying degrees of NPD, but the most prominent features include entitlement, a constant need for attention, praise, and validation, exploiting others (seemingly without remorse), and using belittling or degrading language when speaking to others. Entitlement and the need for praise are both ways to try to maintain a sense of self-importance, while exploiting and belittling others is a way of keeping themselves aloft, while putting others down.

Narcissistic Personality Disorder is not something that can be diagnosed at home, or via an online quiz. It is a very real, and potentially hazardous mental health condition that requires legitimate intervention, which can include many types of therapy, and (in some cases) pharmaceutical intervention to successfully treat. Despite many of the symptoms associated with NPD suggesting solidified personality traits, NPD is certainly treatable, and it is a condition that can be managed or overcome. 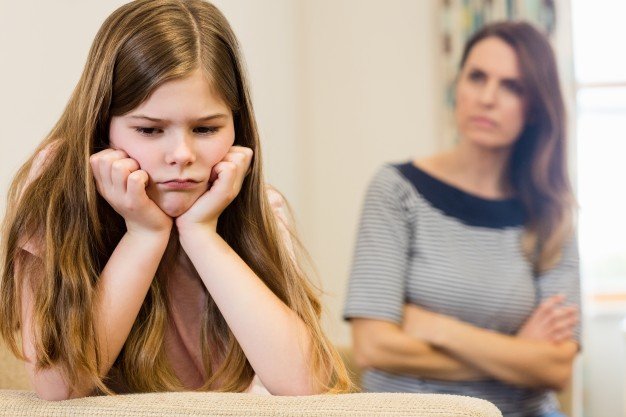 Narcissism is a disorder that can manifest in families. Because so many of the traits associated with the disorder are readily observed and imitated, children of narcissistic parents may be more prone to developing narcissistic traits, or Narcissistic Personality Disorder outright. Children whose parents constantly seem to see themselves as being above the "law" (real or imagined laws), set apart from the lesser masses, and deserving of unwarranted praise, attention, and reward may be at greater risk to demonstrate these attributes, themselves, as this is the example they see modeled for them in their most significant relationships.

Narcissistic parents are often neglectful and abusive, as they are too self-focused and disconnected from themselves and others to adequately provide for the emotional needs of a child. A child with a narcissistic parent might always have expensive clothing, new cars, and the biggest house on the block, but are unlikely to have the unconditional love, support, and care of their parent/s-needs that far exceed the need to dress in expensive clothing, drive the latest car, and dwell in the largest possible home.

Signs of a Narcissistic Parent

The symptoms of a narcissistic parent can vary. In some parents, narcissism manifests in deep depression and intense insecurity. In others, narcissism is demonstrated through emotional distance, wherein parents are present, but never seem to actually be with their children. In still others, parents are cold and calculating, and use their children as indicators of their own successes or failures, rather than treating them like the independent, whole humans that they are. No matter the exact expression of NPD, though, there are some traits that seem to show themselves consistently in narcissistic parents. These include:

Many narcissistic parents will pit their children against each other, treating one child (or multiple children) as though they are wonderful for being the spitting image of the parent, while mocking or deriding another child or children for being useless, unlovable, or in some way defective. Keeping siblings at odds this way allows the narcissistic parent to remain at the forefront of their children's love and attention, and mitigates the risk of children banding together to form support, encouragement, and, eventually, a means of escaping the parent and their abuse. 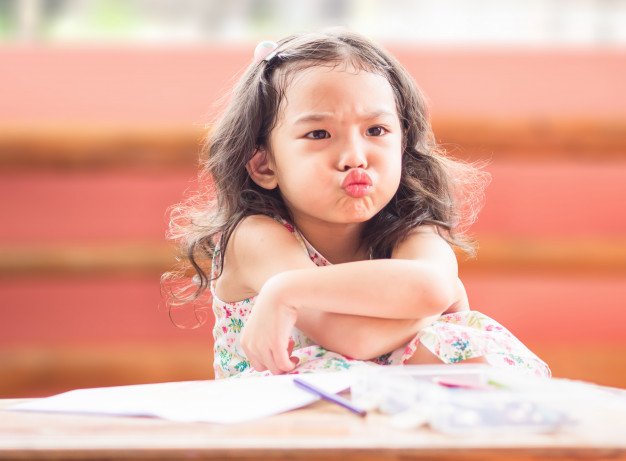 Narcissists are driven by a seemingly bottomless pit of insecurity, and therefore like to control as much as they possibly can. This, unfortunately, often extends to their children. Parents with NPD might regulate absolutely everything about their children, including the way they cut or style their hair, their clothes, their hobbies, their friends, and their finances. This way, parents can remain in control, can keep up appearances, and can make sure that their children maintain some amount of dependence on and relationship with their parents, despite the torrents of abuse they have suffered.

3) A Fixation on Appearances

Narcissists are lovers of appearances. Because so much of narcissist's identity and sense of security is wrapped up in what others think of them, a narcissistic parent is likely to make a point of looking put together and in control, no matter the consequence. Many people with NPD get into large amounts of debt, as they feel they must have the latest in everything, from tech gadgets to homes and cars. Many narcissistic parents will be sure to dress themselves in high-quality, attractive attire, though they may not put as much thought or effort into their children's clothing. They are also likely to purchase brand-name items whenever possible, and may even prefer brands that have a lot of name recognition, as seen on purses, shirts, shoes, and even sunglasses, which may bear a highly-recognizable name emblazoned on them.

Overcoming the Effects of Narcissism

Overcoming the effects of narcissism is not simple; narcissism can rip people apart, whether that is through emotional neglect, emotional abuse, or a constant vacillation between excessive praise and overwhelming criticism. Because narcissism instills in children a sense of instability and fear, engaging in a form of self-administered healing called "re-parenting" can be useful. The idea is to essentially replace the unhealthy parenting behaviors and attitudes of your youth with your own nurturing, comfort, and love. During the re-parenting process, people are encouraged to play, express and indulge curiosity, and enjoy whatever innocence they may still possess, in order to fulfill some of the childhood experiences they were not actually afforded in their youth. 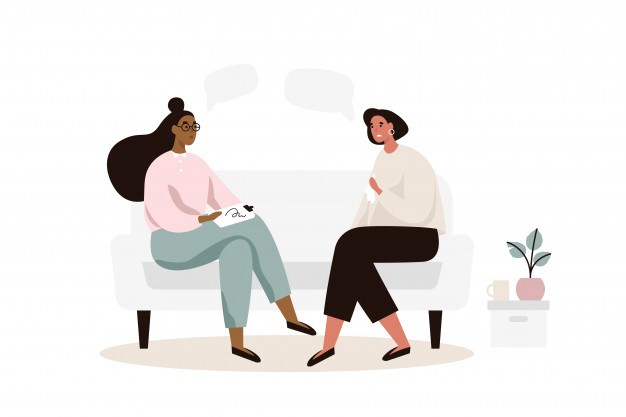 Therapy is also helpful when trying to overcome the effects of narcissism, as many of the effects are deep-seated and are not readily teased out. A fear of making others angry, for instance, could come from the dramatic ups and downs of a narcissistic parent, but might seem like simple people-pleasing to someone who is unaware of NPD's effects. A deeply rooted need to be liked and admired could be a sign of narcissistic traits welling up in you, while you might consider it a symptom of high ambition or a simple desire to fit in. Therapy can help you uncover and identify unhealthy habits, behaviors, and patterns in your life, and work out ways to overcome those habits, or replace them with healthier alternatives.

Why "Is My Mother a Narcissist" Quizzes Are Not Helpful

Ultimately, knowing that your mother is a narcissist-or suspecting she is, based on an online quiz, is only going to let you know what you likely already know: that your childhood was one steeped in dysfunction, which did not adequately satisfy your emotional needs. If your mother was a narcissist, your steps forward will typically involve some amount of treatment, including therapy for cognitive changes, trauma therapy, and (potentially) therapy for anxiety and depression. The effects of growing up with a narcissistic parent are wide reaching and vast, and can crop up in unexpected places. Getting help to learn how to re-parent yourself, and develop healthier mental and emotional habits is the first step toward recovery.

Although many online quizzes can be helpful tools-or in some cases, a lot of fun-some can actually stunt or halt growth. More important than determining whether or not your mother has narcissism based on an online quiz is your ability to assess your own mental health, to determine whether or not you are in need of help. While knowing our family history is important, a qualified therapist will be able to determine many of the roots of your ailments while going through your childhood, and the corresponding behavior and habits of your parents. Before consulting a quiz online, try consulting a qualified therapist who can help you overcome your unique obstacles.