What To Do When You Have A Controlling Husband

Do you ever have the feeling that your husband is controlling you? Like you have slowly changed into a different, and weaker, person since you've been together. You hate the person that you've become, but you also feel like maybe it's not your husband and it's just the way you are. How do you know if it's your husband? And, what do you do if you do have a controlling husband?

Below you will find tips to help you identify if your husband is controlling. From there, there are also tips on what you should do if you're living with a controlling husband. 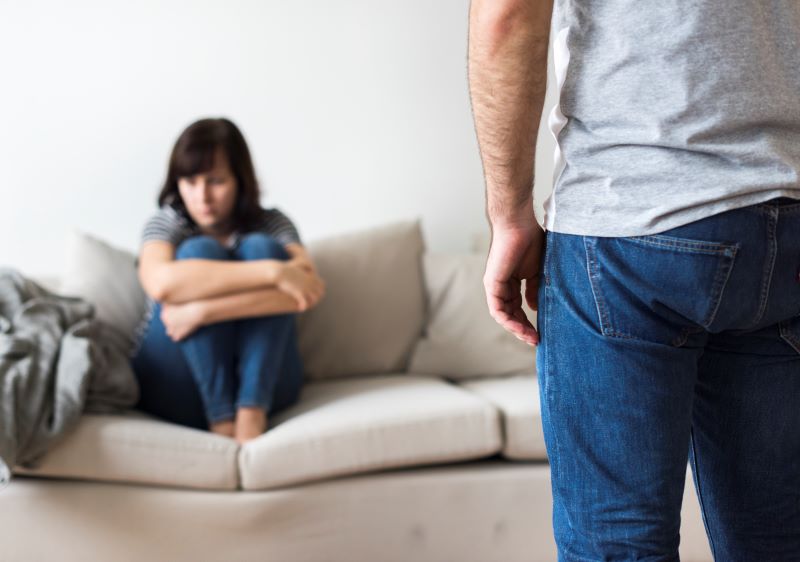 Signs of a Controlling Husband

He Separates Your from Your Family and Friends

When a husband is controlling, he wants to isolate you to get you in a position where you don't have a support network outside of him. That allows him to have the most say and control over what you do and think. He accomplishes this by slowly getting you to withdrawal from your family and friends.

There's a chance that he did this while you were dating. You might not have noticed because it was all caught up in the newness and excitement of the relationship. In that first stage of love, it can be normal to want to spend all your time with your significant other.

If you didn't want withdrawal from them on your own, he encouraged you to do so without straight out saying it. For example, he may have pointed out things that he didn't like about your group of friends. Or said things that caused you to question if they were your friends or not. He may have always had something else planned for the two of you to do when you had family get-togethers, so you never end up going to them. He may have even moved you out of state or far enough away that you couldn't fall back on your relationships with others.

Eventually, without realizing it, you've pulled back from your previous relationships with friends and family. When you have a question or need advice, you turn to your husband and only your husband.

He Constantly Criticizes You

If you have a controlling husband, you probably receive a lot of criticism. This is another way that he can control you. He chips away at your self-esteem little by little. It doesn't have to be straight-forward comments. It could be small but frequent jabs. He might make comments insulting the way you look, keep house, cook, work, exercise, laugh, or make fun of your opinions. Nothing is off the table with a controlling husband.

By criticizing you enough, he's able to make you start to doubt yourself. You will lose your self-esteem and rely on him for more. If you don't think you can make wise decisions, then your husband is going to have even more power.

Some controlling husbands will mix it up from time to time. They'll try to make it sound like they aren't criticizing you, but they love you so much that they want to let you know about your imperfections so you can fix them. If they only insulted you all the time you would know that it wasn't right, but because they add in compliments from time to time it makes you think that their behavior is OK.

He Manipulates You into Getting What He Wants

Controlling people are masters of manipulation. He knows what to say and do to play to your emotions and manipulate you into getting his way. It could be making you feel like you don't measure up to him, that you're not good enough, or that you're lucky you have him because no one else would want to be with you.

He blows everything you do out of proportion. And, he knows how to twist your words around to give them a different meaning then what you were trying to communicate. It can get to the point where you don't want to say anything because you know that he will twist it around to manipulate you.

They Need to Know Everything

It's important to build a marriage that has open and honest communication, but a controlling husband doesn't seem to know where to draw the line. He might do things like checking your phone records even though you've given him no reason to be suspicious, drive by your work to see if your car is there, read your emails, and listen in on your phone calls. He doesn't want you having private conversations with others because he feels the need always to know what you're doing, saying, and thinking.

There is a healthy level of jealousy that is normal for relationships, but a controlling husband has jealousy that far surpasses that. He's constantly thinking that you're sneaking around. He thinks that every innocent interaction you have with another man is flirtatious and reads too much into it. You can't even have a conversation with someone from the opposite sex without him getting upset about it.

He Always Makes You Feel "Less Than" Him

When you have a controlling husband, you're never going to be good enough. He has himself on a pedestal. And, his ego might be fake while he's secretly very insecure, but he's not going to let you see that side of him.

Instead, anything you do that is different than how he thinks it should be done is going to be wrong. If you do well at something, he's going to belittle to make himself feel better. No matter what you do, you can never be equal to him or better. 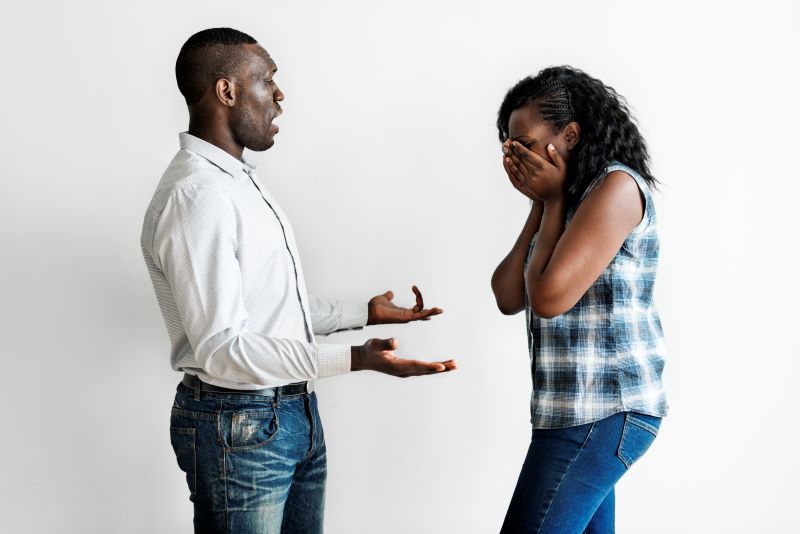 Dangers of Being Married to a Controlling Husband

The ultimate danger of being married to a controlling husband is that it can lead to abuse. This doesn't have to be physical abuse either. A controlling husband is emotionally abusive to you, and there can be verbal abuse included as well. And, because he's great at manipulation if you even hint that you think his behavior is abusive, he will twist everything around until he has you believing that you're the one in the relationship that has a problem. He loves to play the victim.

Another danger of being married to a controlling husband is having your self-esteem and confidence destroyed. You may try to resist it, but eventually, his words and behavior are going to destroy the way you feel about yourself.

You may have some days where you feel strong, and like you can stand up for yourself. But if you try, he's going to figure out how to turn the words you're saying around until it sounds like you're the one that's being controlling.

Eventually, you will find that you doubt yourself. You start to struggle with feeling that you're capable of what you once were. And, in the end, you'll feel like a shell of the person that you once were. The dreams and goals that you had for yourself seem so far off.

What to Do if You're Married to a Controlling Husband

When you're married to a controlling husband, the situation can feel hopeless. When you think you're strong enough to start making a change in your relationship or to stop putting up with his behavior, he seems to take control of you again. It's a never-ending cycle that's hard to break.

Here are some things that you can do if your husband is controlling.

Talk to Him if You Haven't Before

If you feel that your husband is controlling and have examples that you can share with him, but never have, do it. Try calmly talking to him about how his behavior and words are making you feel. There's always the chance that he doesn't realize that his behavior is coming across like this and will be willing to change.

However, if you've gone this route before and it hasn't worked, then move on to something else.

Re-Connect with Your Friends and Family

Once you're aware of his controlling behaviors, you can probably spot ways that he has separated you off from your family and friends. Decide to reconnect with them and make time for them. This doesn't mean that you have to give them all your time, but don't be afraid to go out to dinner with your friends, visit your parents on a Sunday afternoon, or talk to any of them when you need someone to lean on.

If your husband made you feel like you couldn't talk to anyone about what you're going through because it's your fault and they would only think badly of you (this is something commonly done by a controlling person), don't fall for it. Build a support network that you can turn to when you're struggling in life and with your marriage.

Self-care is important when working to take control of any mental health challenge. It can help you to overcome things like anxiety and depression. It's also helpful when you're working on building your confidence and self-esteem. 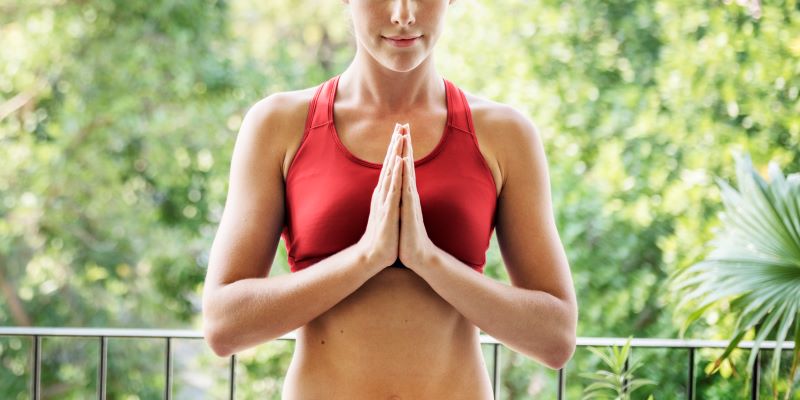 Self-care is things that you do to take care of and refresh yourself. This could be journaling, meditation, reading, or doing art. It also includes things like eating right, getting plenty of rest, and exercising. These are things that help you to feel better physically and mentally.

Talk to a Therapist

When you've been living with a controlling person, it's hard to break the cycle. There are times when the controlling behavior is such a part of the relationship and emotional abuse that you should leave the relationship. But this is a big decision to make and shouldn't be taken lightly.

I Have A Boring Husband! What Can I Do To Make Things Interesting Again?

My Husband Left Me: How To Move Forward In A Healthy Way
For Additional Help & Support With Your Concerns
Speak with a Licensed Counselor Today