How to: Trial Separation In The Same House - Rules For Success

When you and your spouse are looking at the rules of separation or divorce, there are many moving parts or rules that you have to live by to make it happen. Deciding to live separately or live independently from your spouse is a big decision that can affect all aspects of your life. Other Solutions Besides Divorce

For most people, it's not just as easy as saying you want to part and going your own way. If you aren't in a position to make that happen, a trial separation in the same house could be the way to progress.

What Is "In-House Separation"?

In-house separation can serve as a trial separation. When a couple decides that they want to live as if they were separated, they will continue to live in the house together.

They may continue to interact with each other as they try to repair their marriage, or they may choose to live as much like roommates as possible.

However, while they are physically in the same position, the emotional state and relationship state they've been living with has changed.

Why Should You Try It? Several Rules For Trying

There are several different reasons why couples try in-house separation or a trial separation in the same house.

The first is that it's more affordable.

Many couples are making it financially because both spouses are working.

They may be contemplating getting out of the marriage, but they don't know how that would look financially yet. This leaves them with one solution when it comes to separation-continuing to live together. ." is sometimes known as "the poor man's separation."

Another reason why couples try in-house separation is that there are children involved. They believe that it will be easier for the children to live in the same house.

They may even think that the kids won't notice.

While this might be true for very young children, kids are very perceptive and usually more than you think they do.

How To Make It Work Smoothly

If you want to try in-house separation, there are some things that you should be aware of to help make the trial living arrangement work.

Determine What Overall End Goal Is

Before you begin to work through the details of how to make your separation work, you need to figure out what you're hoping to accomplish out of it.

The answer to this is going to vary based on your specific situation.

It could be that you are planning on living like this until all the kids are out of the house. If that's the case, then you need to think through the questions like, "What if the youngest doesn't move out to go right after graduation?"

Finding A Solution Based On The End Goal

Are you staying together so long as children are living at home? Are you going to go your separate ways when the youngest hits 18?

Telling The Children About The Separation

Will you explain to your children that you are separated, or will you keep that quiet until you can officially separate?

If you are doing an in-house separation because you can't afford to actually live in separate places, then your end goal might be saving up enough money to move out.

Will, you both set a deadline for when this is going to happen?

And, which one of you will be moving?

If you own a house, will you sell it together?

Determining If You Can Fix Your Marriage

Are you separated while trying to figure out if your marriage can survive?

Maybe you're still going to couples counseling, but you can't handle living like husband and wife at the moment.

You might be doing an in-house separation, so you each have a little personal space as you work through the issues that your marriage is facing. Understanding what the end goal is, is necessary so you know how to move forward in this new situation.

Tips On Making Separating In-Home Work For You

Once you know what you're trying to achieve from being separated, you can start to work through the following steps.

Thinking About The Children

Some of these might not apply to you, such as if you don't have children or if your end goal isn't in line with the step.

Choose the ones that make sense for your situation.

Where Will Everyone Sleep?

If you've been sharing a room and a bed until this point, you're going to have to figure out what the new sleeping arrangement will be.

Questions To Ask Before The Separation

Do you need to shuffle kids' rooms around so you can create extra space?

How will that impact them?

Do you have a basement or guest room that can be used?

If you need to buy a new bed and mattress, who is going to pay for it?

Will You Be There At The Same Time?

How are you going to coordinate schedules if you don't want to see each other but have to live in the same house for the time being?

Can you create a schedule that allows the two of you to only pass on occasion while staying out of each other's way?

How Will You Handle Childcare And Parenting?

Separation, even in-house separation, can be very difficult for children. There are several different ways to handle this based on your situation. If you're planning on staying together while the kids are home, it's going to work best if you can both handle being around each other. Your decision to do this is most likely.

Hence, your children have the closest experience growing up to a traditional family that they can, so that's most likely to require you to spend time with each other, especially at the kids' events and holidays.

Other Solutions For Separation

If you're going to live together but want more space, you can talk about arranging a situation where one of you is home with the kids during certain times while the other one avoids being home, and then you rotate.

You will still see each other, but it greatly reduces the amount of time that you have to spend together.

How Are Bills Going To Get Paid?

When you've spent years building a life together, it can be difficult to figure out how things will work as you start to separate them.

Even when you continue to live in the same house, you're most likely going to want to figure out how to divide up bills when you're separated.

Each of you will want your own money to spend without answering the other since you aren't acting as a joint force anymore.

Especially in the beginning stages of figuring out your separation, you will want to figure out times when you can sit down together and discuss any issues that have come up.

This could include the division of household work, finances, or issues with your children. It's best to set a time for these meetings and keep things focused only on the issues that need to be discussed.

Work On Your Marriage Instead

If your relationship is in a place where you can continue to live in the same house and even act civil to each other, why be separated?

Abuse Or Other Special Situations

In the case of abuse and some affairs, one spouse can't handle being around the other. It might be for their safety, or it might be that they can't stand the sight of the other person.

Other Solutions Besides Separation

But, if you aren't in this place, instead of in-house separation, you might be better off just working on your marriage. If you're in this position, it can be very helpful to add couples' therapy into your plans. A licensed therapist will help you work through the trouble and issues that your marriage faces without taking sides.

How A Therapist Can Help

Their outside perspective and experience can be just what you and your spouse need to figure out how to repair your marriage and rebuild it into something stronger. 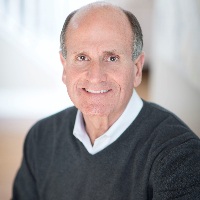 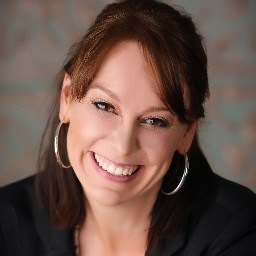 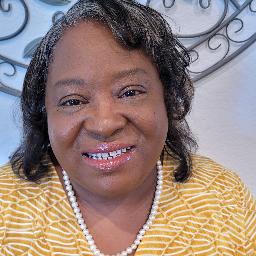 Trial separation with your spouse in the same house can be difficult. ReGain can help you navigate.

Who gets to stay in the house during a separation?

In general, the person(s) whose name is on the title of the marital home has a legal right to live at that location unless there is evidence of criminal activity, domestic violence, or harassment. If you have been experiencing domestic violence, reach out for help immediately. You can reach the National Domestic Violence Hotline at 1-800-799-7233, 24 hours a day, 7 days a week.

Both names are on the title for some couples, and they opt for in-home separation, where they go through separation while still living under the same roof.

Some couples will agree that one partner can stay in the marital home while the other will leave. The person who gets to stay in the home during a legal separation tends to be on a case-by-case basis, but the name on the title is the person who legally has a right to stay unless there are specific circumstances.

How often do couples reconcile after separation?

On average, 13% of couples who legally separate come back together rather than getting a divorce. Despite this, the important thing is to thoroughly talk with your former partner about each other’s feelings and headspace after the trial.

Keeping your marriage or relationship from completely ending is about making your desire to work on the relationship clear, giving your partner space to think, and carefully considering the future and what you, as well as your partner, would like to do.