Advice Home > How To > When And How To Reject A Guy Nicely: 12 Tips For Letting Someone Down Easy

When And How To Reject A Guy Nicely: 12 Tips For Letting Someone Down Easy

Rejecting someone is never an easy task, and it's one that can feel somewhat uncomfortable. But what's even more uncomfortable is having to go through a bad date with someone that you know isn't going to be the one for you or even a fun opportunity for you. That's where it becomes extremely important to know how to reject a person but to do it in as polite a way as possible. After all, hurting someone's feelings is not the end goal. 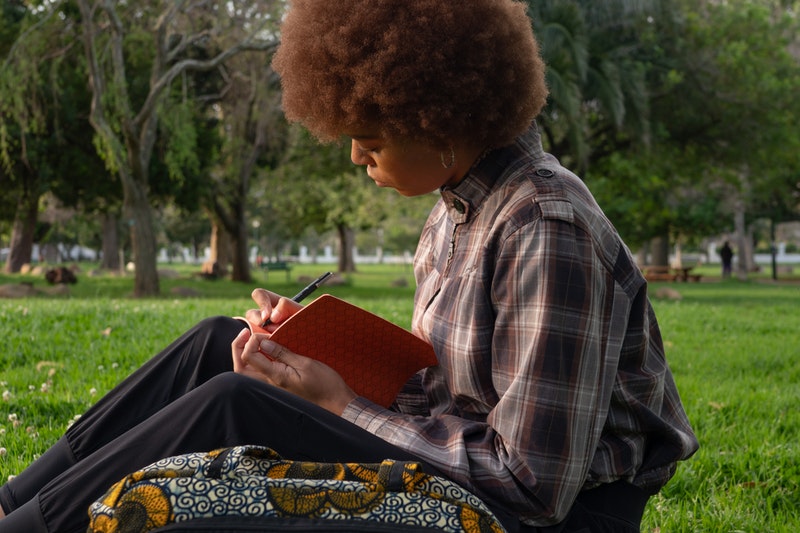 One of the best things to do when rejecting someone is to plan out exactly what to say. While it can be difficult to figure out, and it might seem awkward to prepare a rejection speech, this process ensures a polite but firm refusal. It allows for practicing and for feedback from others as well, which can help to avoid unnecessary roughness, rudeness or embarrassment. After all, it's never the goal to embarrass the guy, but to let him know that this isn't something to pursue further.

Once again, the goal is to avoid embarrassment for both individuals, and the best way to do this is to make sure that the rejection is happening in a private location. Getting away from other people ensures that no one else is going to witness the event. Of course, in the interest of safety, it's a good idea to get outside of earshot of others, but not necessarily outside of their line of sight. This ensures that should anything go wrong, there is someone nearby to intervene as necessary.

3. Just Get It Over With

Putting off rejection is only going to make it more difficult for everyone involved. That's why it's important just to make it happen. Doing this ensures that the other person isn't feeling like they're in limbo, and the individual who is doing the rejection can get through it and then feel like they can move on. It's similar to ripping off a band-aid, and it's going to make both parties feel a whole lot better to get it done quickly and to move forward from there.

There's nothing worse than getting a rejection from someone entirely different from the one that was asked out. It feels embarrassing because it shows that someone else knows about the rejection. It's also embarrassing because it feels like the individual who is being rejected isn't even worth an in-person response. If you are not interested, by just stepping up and delivering the rejection for yourself, there's at least the opportunity for the person being rejected to get let down in person and to feel like they matter enough to be spoken to as a human being. Rejecting them in-person also allows for the rejectee to react and to get their thoughts and feelings out (though if those thoughts or feelings are inappropriate, there should be someone nearby to help and intervene).

5. Be Honest About It

Giving someone false hope that maybe something will happen in the future or that maybe a change will occur in the future is not the way to go. Deliver the news effectively and make sure to be completely honest. That doesn't mean being rude and telling them that there's no chance or getting mean about them or what's lacking about them. Rather, it's about letting them down gently but making sure they don't hold out hope that something is going to change or that they can ask for a date again in the future.

'I' statements are going to refer back to the person doing the talking. Instead of saying something like 'you're not the kind of guy I want to go out with,' it's better to say things like 'I just don't feel a connection.' The statements should all start with the word 'I' and should never refer to 'you' as this feels like it's passing blame and judgment on the guy. If at all possible, avoiding this is a good idea. If there is no way around it (such as the guy being rude, inappropriate, or otherwise not getting the hint), keeping things as simple as possible is the best way. 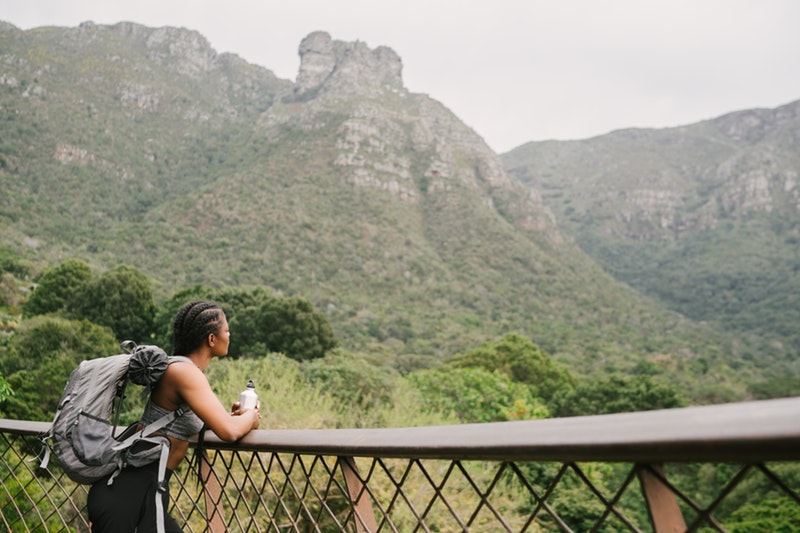 The other person may have difficulty processing what's being said or may experience sadness or frustration. These are normal emotions, and while it's not necessary to stick around for them, it can be helpful to them to allow these emotions out. If the emotions start to border on abuse, anger or anything that feels uncomfortable it's a good idea to get out of there and let someone else work with them to get through their emotions. Setting up with one of their friends to take care of this can be a good idea.

It can be tempting to be swayed by the display of emotion or by the wheedling that may take place. It's important that if a decision has been made that the relationship or date is just not going to work out that that's the end of it. There is no turning back, changing of the mind or anything else. The rejection should be left to stand, or the person asking for a date is always going to believe that they can twist things around and that emotional manipulation will get what they want.

Many people feel like giving a fake number of playing the 'I have a boyfriend/girlfriend' card is the best way to go. This is not the case as it can also give the individual false hope that something could come of the request. It can also feel even more crushing when they find out the truth. Being honest, open and direct and just saying no politely and firmly makes a huge difference. It lets them know just to move on and try again with someone else because this date with you is not going to happen.

For too many people, the best way to reject a date request is to make a joke or try to laugh it off. This is an extremely serious thing for the person doing the asking and laughing or making jokes can make them feel embarrassed. It could also come across as one person thinking they're better than the other, even if that's not the case at all. Instead, keeping things serious and being polite but saying no is a great way to show respect but still get the point across at the same time.

If the person doesn't seem to be taking the hint or gets rude, aggressive, or in any other way inappropriate, it's time just to bring it all down. There are going to be people who don't want to take no for an answer and people who are determined to get their way no matter what. It's not polite, and it's not going to save feelings, but if it's necessary, it's necessary. 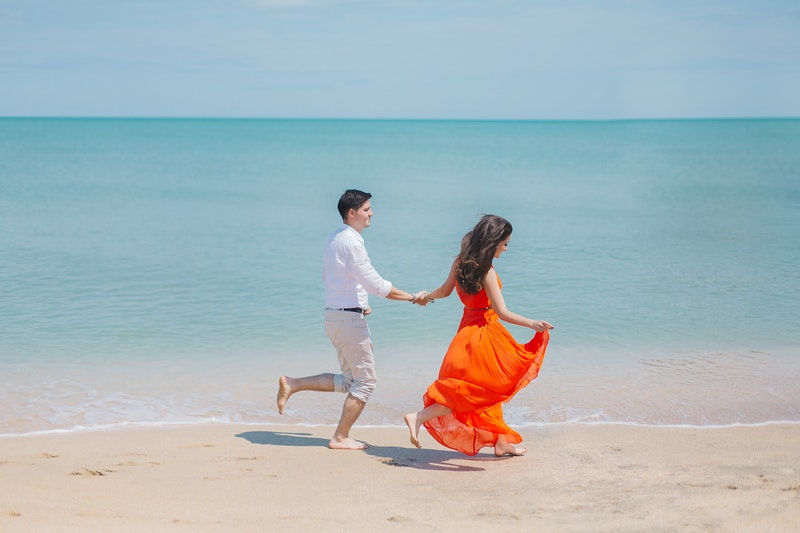 In the end, it's important to walk away and just be done with things. If the other person is being inappropriate or won't give up, then it's time just to be done with the whole thing. Have someone else nearby that will step in and help in getting away and breaking up the conversation. The process should be simple, and that person should be able to provide support and protection if need be. From there, there shouldn't be any additional conversation with the guy who was asking because this is the end of the conversation and the end of any attempt to be polite.

If you're struggling with finding someone special or you feel like you're always meeting the wrong guys, then you may want to look for help through Regain. Regain is an entirely online service that allows you to connect with a mental health professional. After all, finding the right guy is going to be as much about you being the right person for yourself as it is about them being the right person for you. You want to make sure that you are at your best, and that may mean working on yourself first.

Improving your level of confidence, working on your social skills, and feeling better in your skin are going to be some of the tasks that you can expect to work on through therapy. With ReGain, it becomes even easier to do these things because you don't need to worry about going to a therapist's office. After all, a therapist's office can be uncomfortable and awkward. That's why online therapy is such a great idea and allows so many people the comfort of being in their own home while they're talking to someone and getting the help they need. 13 Tips For How To Meet Girls In A New City

How To Pleasure A Guy: 13 Ways To Spice Things Up In The Bedroom

How To Tell A Girl She's Beautiful: Giving Sincere Compliments