Asking a guy out is nerve-wracking. Mustering the courage to actually walk up to someone, and blurt out, "Do you want to get a cup of coffee sometime?" can be too much even to consider. Fortunately, there is no shortage of ways to ask someone out in the current day and age, ranging from social media private messages to the standard in-person ask-out to the always-safe text message request. What is the best way to ask a guy out via a text message? 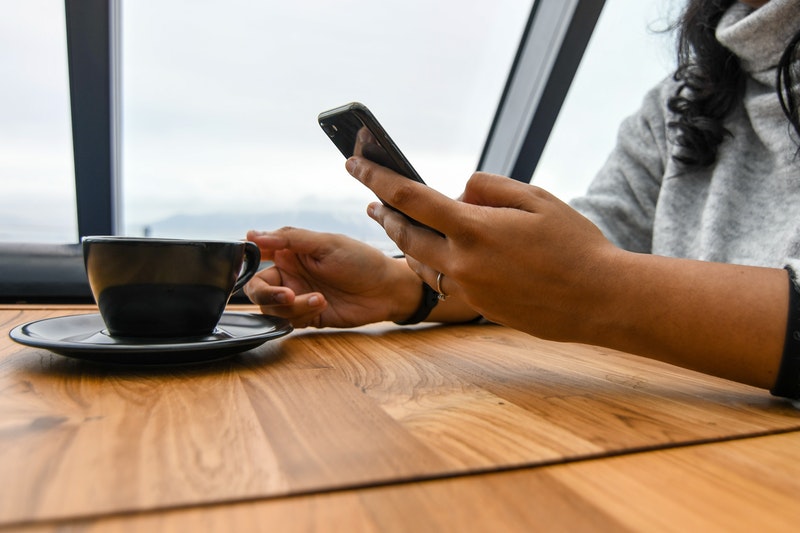 Asking someone to go out with you is no easy task, but there are numerous ways to do it. The exact phrasing is entirely up to you, as is the weight you assign to it. If you want to see someone in a simple, casual setting, you might ask him to coffee or a movie. If you want something a bit more intense, you might request a date involving dinner or a show. If you are confident, you might request a date that involves several hours of being together. The type of date you request will depend on how familiar you are with the person you are asking out.

When you ask someone to go out, you should take their personality, wants, and needs into account. Some guys love humor and humorous interactions and might prefer a silly or playful request for a date. Some guys are a bit more serious and want to be asked out in a way that denotes sincere feelings or deep interest. As much as possible, learn what type of date will resonate with your guy, and plan to ask him out accordingly.

Nobody benefits from you beating around the bush, or trying to play it safe and cool. Instead of trying to hint that you want to go out, try being direct. You can say something as simple as, "Hey. I've enjoyed spending time with you at work. Do you want to get a drink sometime?" This is casual and simple, but direct enough to not leave room for error.

2) Tailor Your Phrasing To Him

When you ask a guy out over text, try to make it as personal as possible. Text can feel distant and impersonal, so you want to make sure that you craft a message that is as unique to your guy as possible; otherwise, it can feel like a canned response you sent out at random.

3) Leave Room To Get Out

Asking someone out always puts you at risk of getting a "no." Make sure that the person you are asking has a safe and simple way of letting you down if that is what he wants. You can do this through inviting someone to a casual date, such as a musical festival, or through leaving your question open-ended. An open-ended request to go out with you might look a bit like this: "Are you busy this weekend?" If the guy does not want to go on a date, a simple "Yes" will close down the conversation quickly. You can try again later, or, after a second or third turn-down, you will recognize a pattern.

If you know that the two of you share common interests, ask him to go with you to indulge your shared hobbies. If you both enjoy role-playing games, for instance, you can ask him to be your plus one at your next tabletop RPG meeting. If you know that he loves your favorite band and you see that they are coming to town, shoot him a quick screenshot of the date and venue, along with a simple, "You free?"

5) Use Inside Jokes to Your Advantage 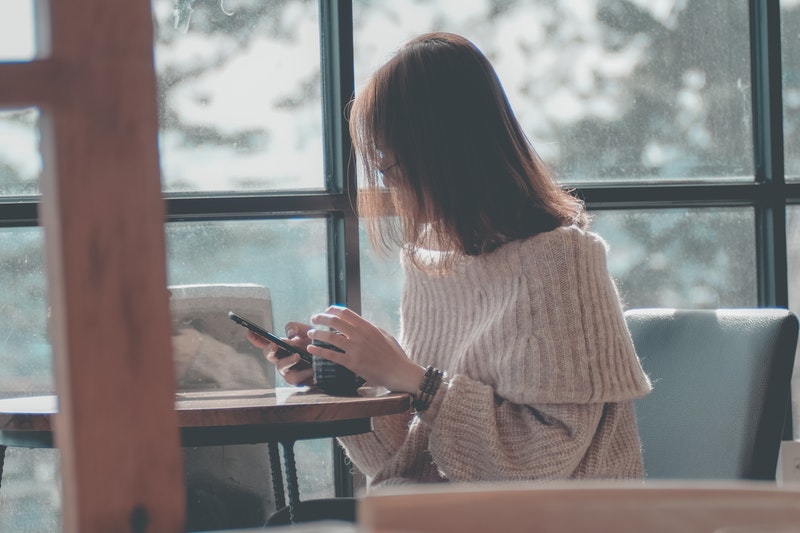 If the two of you have spent time laughing over something together, use that as a window into asking him out. If you could not stop laughing over how cheesy a movie is, you can say, "I know how much you loved ___. Want to be horrified by the sequel together?" This is a low-key, low-pressure date, as well as a low-key and low-pressure way to ask someone out on a date.

When You Don't Get a Definitive "Yes."

In some cases, you will ask someone out, and you will not get a definite "no," but you won't get a definite "yes," either. In these cases, as much as it might hurt your pride, the best thing to do is try again. You do not want to venture into the territory of someone who cannot take a hint, but it is possible a guy didn't get your message. Maybe he had pressing matters to attend to and failed to respond, or just was not quite sure what to say. In any case, trying one more time will give you the closure (or window) that you need to move forward in either direction and will give the guy one more chance to take you up on your offer of a date.

In some cases, you won't get a response at all. Although it isn't quite the same as ghosting, some men will prefer to stay silent rather than face the awkward nature of turning someone down. If this is the case, you can wait for a few hours or even a day or two before reaching out again. If, after a second attempt, you are still staring at a blank message, it is clear: he is not interested. Feel free to remove him from your mind and phone, and move on.

When Not To Ask A Guy Out

Although the idea that women should not ask men out is antiquated and rooted in sexist stereotypes, there are instances when you should avoid asking a guy out. These have little to do with being a woman, though, and have far more to do with reading cues and establishing connections. To avoid unnecessary heartache or rejection, do not ask a guy out when:

1) You Have No Prior History

Asking a guy you have never really connected without is likely to make you both feel awkward and uncomfortable. Even if you met someone online, you should try to establish some amount of rapport first. If you get along well after talking back and forth for a few days or weeks, asking him out is likely to be a great idea. If, however, you merely saw a picture or hung out with mutual friends, and you immediately leap to, "Wanna go out with me?" you may come across as being a bit too forward. That's a trait that men and women both find unpleasant.

2) The Signs Aren't There

If you don't feel a connection with a guy, and it feels like pulling teeth when you do try to talk, the spark isn't there. Don't try to force it by asking him out. If your conversations regularly devolve into uncomfortable silences, or you can never quite figure out what to say, do not ask him out! No matter how attractive you might find him, if you cannot carry on a conversation over text, you are unlikely to be able to do so effectively in person. 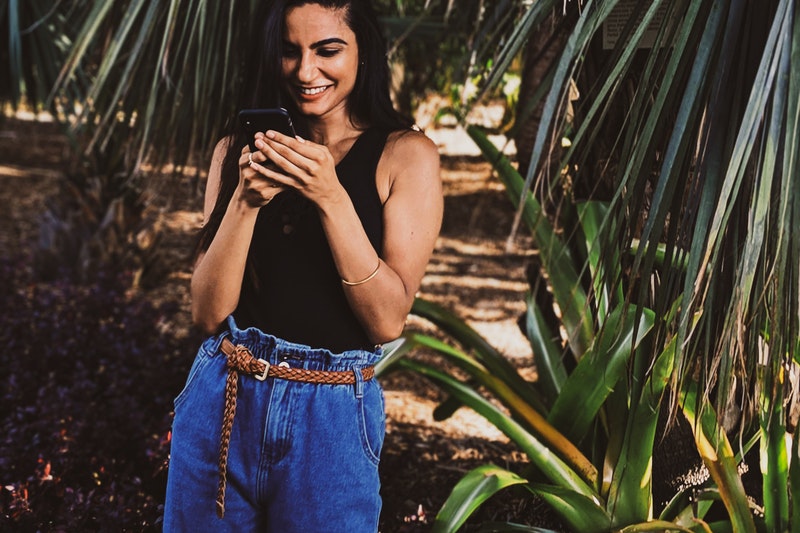 3) You Are Desperate For Connection

No one can make you feel fulfilled or whole. If you want to ask someone out because you feel bored, lonely, or afraid of being alone for an upcoming holiday, take a step back and take your hands away from your keyboard. Asking someone out when you are feeling sad and vulnerable is dangerous for a few reasons. The most important of which is your emotional safety. If he says yes, you might feel great for a moment, but if your relationship starts to go awry, you might be right back where you started. If he says no, you are being wounded when you are already in an emotional, vulnerable state. Avoid asking a guy out when you're feeling sad, emotional, or vulnerable, and wait until you are in a strong, healthy headspace.

Asking a guy out over text is a simple, effective way to ask someone out, without a lot of pressure. Texting has replaced phone calls for the most part, and is one of the most common ways people communicate today. Far from being a cowardly act, asking a guy out over text is in keeping with using the most commonly used means of communication, while allowing both of you to maintain your dignity. Asking someone out requires some amount of confidence and courage. If you feel as though you cannot muster either the confidence or the courage to reach out to someone you like, it may be time to speak with a therapist. A therapist can help you sort out why your confidence and courage levels are low and can help you find ways to increase feelings 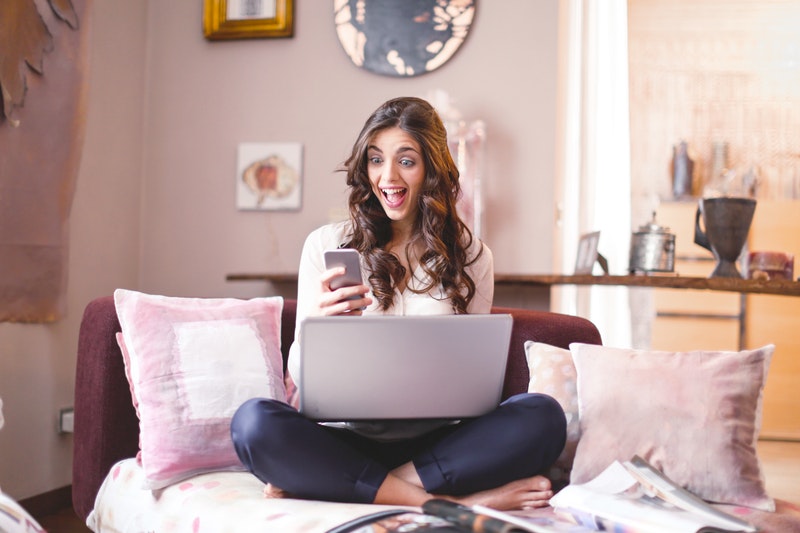 Asking someone out is never quite easy or simple, but the pay off can be worth the potential for pain and embarrassment. One way to ask someone out that relieves some of the pressure typically associated with asking someone out is to text them, as it allows you the time and space to craft a carefully thought out message while giving them the ability to do the same. Asking a guy out doesn't have to be a chore, nor does it have to be a long, drawn-out process. For a simple, straightforward way to ask someone out, look no further than your phone and corresponding keyboard, and ask away.

When And How To Reject A Guy Nicely: 12 Tips For Letting Someone Down Easy
For Additional Help & Support With Your Concerns
Speak with a Licensed Counselor Today

When And How To Reject A Guy Nicely: 12 Tips For Letting Someone Down Easy

13 Tips For How To Meet Girls In A New City

How To Pleasure A Guy: 13 Ways To Spice Things Up In The Bedroom

How To Tell A Girl She's Beautiful: Giving Sincere Compliments