Advice Home > Parenting > The Defining Qualities Of Father Vs. Dad

'Father' and 'Dad' have always been synonymous words. However, there have been some recent observations that have made the words more antonyms than anything. What is it about the qualities of a father vs the qualities of a dad that set them apart? Which kind of parental figure do you align yourself with?

You might be an involved parent but have a partner that is less so. If you and your co-parent are in a relationship, there are ways to get him more involved. However, it is often best for you to do so with the guidance of a professional. A counselor can help you to communicate the importance of being a present parent and how you can work together better to raise your children. Even if you and your co-parent are no longer together, counseling might make raising children together easier.

Co-parenting and single parenting play no role in the decision to be a dad. Where fathers tend to have more negative qualities, dads are every kid's dream. By closely examining the definition of a father and a dad, you can determine which title you currently have. It might also make it apparent if changes are needed for your parenting style.

Definition Of A Father 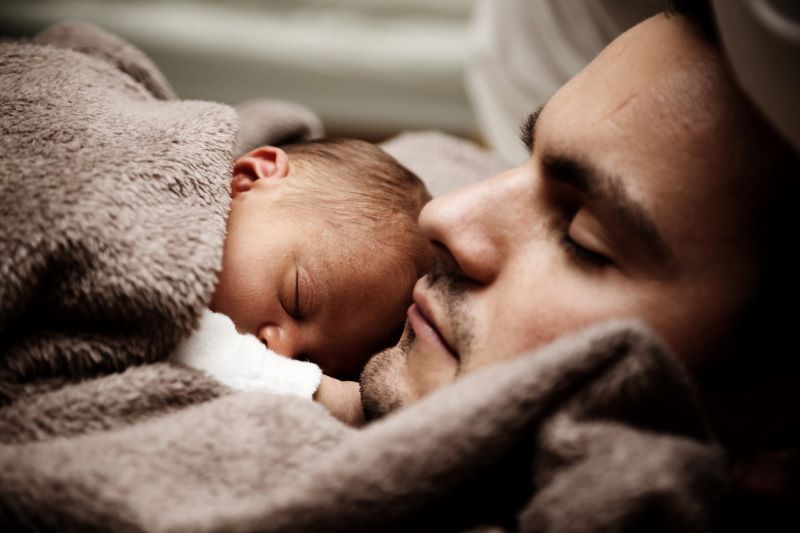 According to Merriam-Webster, a father is defined as "a man who has begotten a child." This means that a father is a term used for a guy that reproduced and created a child. This particular definition does not include any kind of parenting or being present in the child's life. Children suffer when their fathers lack the parenting aspect of the definition.

A father may have played a part in the creation of children, but if he has no relationship with his kids, he is lacking. In fact, a father that has failed his kids in this way is causing them numerous damages. Damages to a child as a result of an absentee dad can last a lifetime.

Some of the problems that children might have because of the lack of relationship with their father include substance abuse, fear of attachment, and no direction for their life. Having a parent that isn't interested in their life or well-being is something that doesn't go away the minute they reach adulthood. They have real issues and are not prepared with how to deal with those issues. In fact, many fatherless children have to receive therapy to move past that absence in their lives.

Fathers tend to have priorities far above their families. They might claim that they work hard to earn money for their family, but if he does so at the expense of missing out on his child's life, his priorities are askew. If he works far more than necessary, his intentions are likely for selfish reasons. A father tends to care more about outside opinions, his hobbies and interests, and having fancy things.

While it would be nice to be able to make a man switch up his priorities, it will not be something that sticks until the decision is his own. If you are a father at this point in time and looking to better yourself as a parent, you are taking a step in the right direction by simply attempting to do better. A father becomes a dad by putting in the effort.

Fathers Children, Fails To Parent Them

Becoming a father is simply biology. Parenting the children that a man has created is a choice. Men should be equally responsible for the child that they played a part in making, but fathers tend to have the idea that since it wasn't his body that held the baby as he or she grew, parenting isn't something that he has to spend time on. This is not true.

A father may not have wanted children, but he chose to partake in sexual intercourse that created his child. That decision alone makes him just as responsible for the child as the mother is. The courts can make a father pay child support, but they are not able to force him to spend time with his kids. He does not discipline his children, talk to them about what happened at school, or attend their sporting events or band concerts. A father is not a parent.

Definition Of A Dad 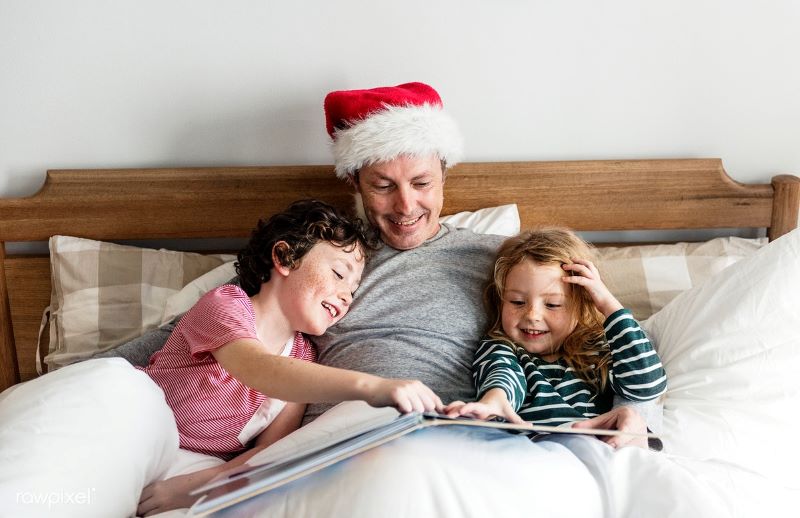 Merriam-Webster's sole definition for 'dad' is "a male parent." The presence of 'parent' in the definition describes the role that a dad takes on the moment he has children. A dad loves his children fully, spends time with them, and shares the responsibilities of parenting with his partner. Because of these qualities, children thrive when they have a great dad.

Developing a warm relationship with children requires being present in their lives. A dad knows his child's dreams and ambitions reads books with them, and listens to them when they speak. Doing these warm, dad-like activities make better parents and well-rounded kids.

Dads are great huggers and love having warm relationships with their children. They feel no shame in losing their tough-guy image when they become emotional about their children's achievements, feelings, or as he watches them grow. Dads are always there for their children in times of need. 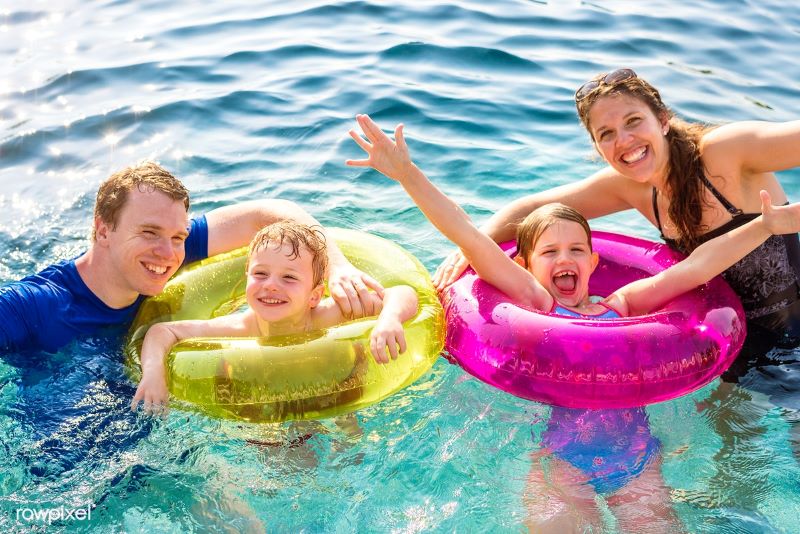 There is something about dads always being there that makes them extra special to their kids. It doesn't matter what is going on at work, if there is some way for a dad to make it to his daughter's soccer game or his son's school play, he'll be there. He has his family at the top of his priorities and makes sure good kids know it.

Kids don't question how important they are to their dad because he is always present. He might have his hobbies and things that he enjoys, but he shares them with his children. If his kids are not interested, a dad puts his children's needs first. He is happy to take time for himself and his hobbies when his kids have other plans.

Shared Duties Of A Parent

Whether a dad is still with his co-parent or lives separately, he shares the parenting duties. He changes diapers, takes the kids to school, and makes sure teeth get brushed before bed. Although a dad likely has a job that keeps him fairly busy, he always makes sure that his kids are taken care of.

Dads never feel like a parenting task is his co-parent's job. He might not enjoy changing diapers, but he does it anyway. Maybe bath time makes a mess, but he'll clean up after. A dad plays an equal role as his partner and makes a real attempt at being the best dad he can be.

Working To Be A Better Dad

If you found that you (or your partner) match more with the qualities of a father than a dad and you want a serious improvement, start with making a real effort to be more involved. Dads are men that stay true to their word, so tell your children that you plan to be more present in their lives and hold up your promise. The best of dads are those that can always be counted on.

Show up on time and as promised. Don't make promises that you are unable to keep. Be realistic so that your kids don't expect more than you are capable of but ensure that you make your children a top priority. If you are co-parenting, ask your parenting partner if you can take on more responsibility. 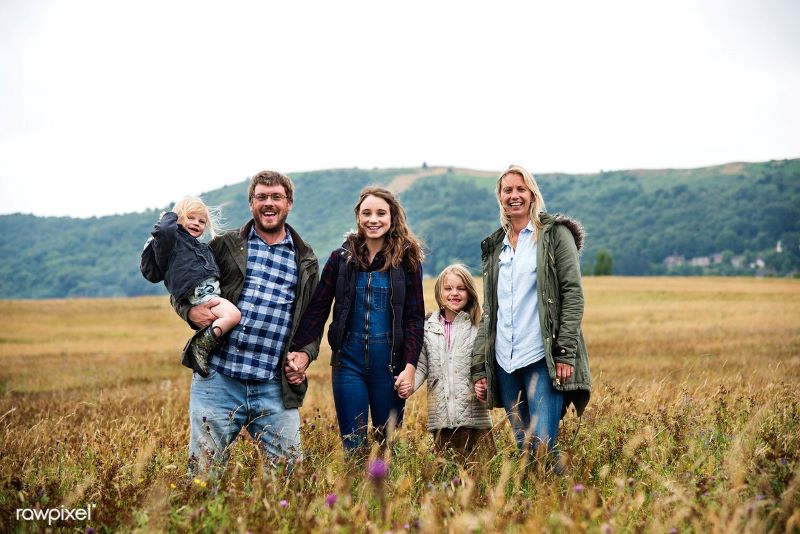 While these are all great ways to start becoming a dad, you must keep it up for the rest of your child's life. Being in the stands at one sporting event is easy - making it to 90% of his or her sporting events is being a dad. Decide to be a dad instead of a father and have kids that know you love them.

If you are trying to improve, but have been unable to uphold your promises, you might benefit from counseling. Speaking with a counselor can help you to determine why you are unable to stay true to your word or what roadblocks you are putting in your way. It might take a lot of effort and several sessions with a professional, but you can become a great dad if given the opportunity. Healing old wounds can take time and require patience, but it is important to be involved in your child's life. Without the presence of a quality dad, it is harder for children to excel as kids and eventually as adults. Be a dad. See them succeed.

It seems obvious that all males with children should aim to be a dad. Fathering children is just the first step. It's an easy step. Becoming a dad is challenging and exhausting, but it is worth all of the struggles you will go through. Raising kids is the most rewarding job you will ever have, so jump in and make an effort!