Why Are Men Not Marrying These Days?

If you’ve been on the hunt for a committed male partner – or more commitment from your current male partner – you may have asked yourself, “Why are men not getting married these days?”

For better or worse, you’re not alone. Men aren’t getting married as frequently as they used to.

No, they aren’t. Marriage rates are drastically down from previous generations, according to recent U.S. Census data.

In fact, only around fifty percent of marriage-age men are married.

For the rest of this article, we’ll discuss some of the varied and complex reasons why men aren’t getting married as often these days, and why the ones that are getting married are waiting longer to do so.

The good news is that it’s not your fault. However, if you want commitment, you might need to look harder, wait longer, and change what commitment means to you. I'm Ready To Commit But My Partner Isn't
Work Through Relationship Issues With A Professional.
This website is owned and operated by BetterHelp, who receives all fees associated with the platform.

Most people want a certain level of stability when they get married. Unfortunately, many young adults are having a hard time finding their footing.

With college becoming less and less affordable and the job market becoming more and more competitive, many are waiting longer to get married and have kids because they’re taking longer to achieve financial security than their parents did.

The good news about the marriage rate is that the divorce rate is even lower, driven by stronger marriages between younger people. This could well be because people are waiting longer to get married, resulting in both increased financial security and increased maturity.

However, divorce rates continue to rise among older people, suggesting that some younger people may be putting off marriage for fear of ending up like their parents.

For many people – probably including you, dear reader – commitment ultimately means marriage. Marriage, as discussed, is an action that many are electing to forego. Does that mean that they aren’t signing up for committed relationships? Not necessarily.

As the marriage rates decline, cohabitation rates are going up. Cohabitation, of course, is defined as living with a partner without being married. While this is still seen as taboo in some religious communities, it’s how more and more people are choosing to commit without totally committing. After all, there’s no need for divorce if you never actually get married.

These days, more and more people seem to be comfortable having more casual relationships with more casual sex which, for some men, reduces the incentive to get married. We’ll talk more about solutions later, but if you’re in this kind of relationship right now, it might be worth questioning whether you want to be committed to it yourself. So, you want to marry a man, but men aren’t marrying. What do you do?

Solution 1: Focus On Yourself

With all those statistics cited above, it seems like waiting to get married leads to happier marriages. Maybe you should play along.

It doesn’t mean that you should stop looking for a man or stop dating. Instead, follow the trends by putting it on a back burner and focusing on things like your education, your career, and overall well-being.

Solution 2: If You Can’t Marry Them, Live With them

As we’ve seen, the end of a marriage isn’t the end of commitment. If you’re already in a committed relationship and you’re waiting for a ring, maybe you should go with the flow and realize that commitment doesn’t have to start in the courthouse.

Of course, depending on your faith, it may have to start at the altar, which brings us to the next solution.

Solution 3: Search In Your Religious Community

If you’re looking for commitment and commitment to you must ultimately result in marriage, you might be a religious person. If that’s the case, you may want to look for a partner within your religious community.

The statistics show that inter-religious marriages are becoming more common. However, courting within your religious community will increase your chances of finding someone who shares similar values.

To be clear, most religions don’t necessarily emphasize marrying young. However, considering marriage is prerequisite for so many activities within religious communities, it makes sense that people marrying in a religious context would marry sooner.

Solution 4: Get To Know Your Partner

While there are some systemic reasons fewer men are choosing to get married, it might be that your current partner is putting it off out of good old-fashioned fear of commitment.

If your partner doesn’t want to get married and you think that this might be why to talk to him about it. Fear of commitment is common insecurity, and if you want to get past it, your partner will have to confront it. As his partner, you can help him do this.

Sit down with him, let him know that there’s no pressure, and ask him why he doesn’t want to get married. When you understand his reasoning, at least you’ll have that, but you might also be able to use that information to help him solve the problems that are holding him back. Even this can take time, however.

Some men aren’t the marrying kind. If you’re ready for a commitment and you’re not sure that your partner ever will be, it might be time for you to consider finding a partner who’s a little more your speed.

It might sound vicious, but it might be best for everyone. Think about it. You’d be happier with a man who’s prepared to commit and, even if the two of you haven’t talked about it this way, your partner might be happier with someone who’s a little more casual.

If you feel like you’re at a stage in your life where you should be looking at marriage, leaving your current relationship might seem like a step back. However, if the relationship that you’re in now is never going to go any further than it already has, looking for a relationship that has more potential might be your best move.

Solution 6: Talk To A Relationship Counselor I'm Ready To Commit But My Partner Isn't
Work Through Relationship Issues With A Professional.

To learn more about how relationship counseling can help you, visit ReGain today.

It’s not you – men just aren’t marrying as often or as young as they used to. However, that doesn’t mean that you must live your life outside of a committed relationship.

Do Single Women Want to Get Married More Than Single Men?

Every person is different. Single women’s advocates today do not make marriage as much of a priority as it was in the past. In the 1950s, marriage was a common occurrence. Americans were married at a young age, and they stayed together. The divorce rate was low, as it was taboo to seek a divorce from your partner, especially married women.

Nowadays, single men and single women do not necessarily feel the need to marry young. Both men and women alike often feel more compelled to focus on their education, career, and finding financial stability first.

How Has the Acceptance of Same-Sex Marriages Changed Society?

Even ten to fifteen years ago, same-sex marriage was not necessarily a topic of regular public discussion. Gay men and women would often choose to find a companion in secrecy or spend their life single. Being gay in America was not as accepted as it is today.

In some countries, it is still illegal to be openly gay. While there are hate crimes all over the world against the LGBTQIA+ community, the worldwide views on same-sex marriage have largely changed for the better.

Why are So Many People Marrying at an Older Age?

Since more of a priority has been on being educated and self-sufficient, more single women and single men are marrying later in life. With marriage rates declining, and divorce rates increasing, women today are not as inclined to get married right out of high school. Sure, high school sweethearts still exist, but many wait until after they complete college to tie the knot.

Does the Pool of Available Single Men and Single Women Get Stale as You Age?

No. Single men and single women are plentiful in society. With the marriage market less stable, since it is filled with divorcees of all ages and genders, there is no right or wrong time to get married. Married women do so because they want to, not because they need to get married.

Men and women alike are getting married today more so because they want to rather than because it’s a societal or self-imposed expectation. People want to be married to the person they love.

Why Are So Many People Marrying People of Varying Ages?

Have you ever seen mismatches in the marriage of two people? People who are getting married with a large age cap generally do so because they feel like they are compatible. It all comes down to personal preference.

Previous Article
10 Marriage Tips For Newlyweds
Next Article
How Can I Save My Marriage After Years Of Marital Problems?
For Additional Help & Support With Your Concerns
Speak With A Licensed Therapist
This website is owned and operated by BetterHelp, who receives all fees associated with the platform.
The information on this page is not intended to be a substitution for diagnosis, treatment, or informed professional advice. You should not take any action or avoid taking any action without consulting with a qualified mental health professional. For more information, please read our terms of use. 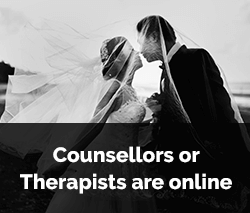