Alternatives To Getting Married 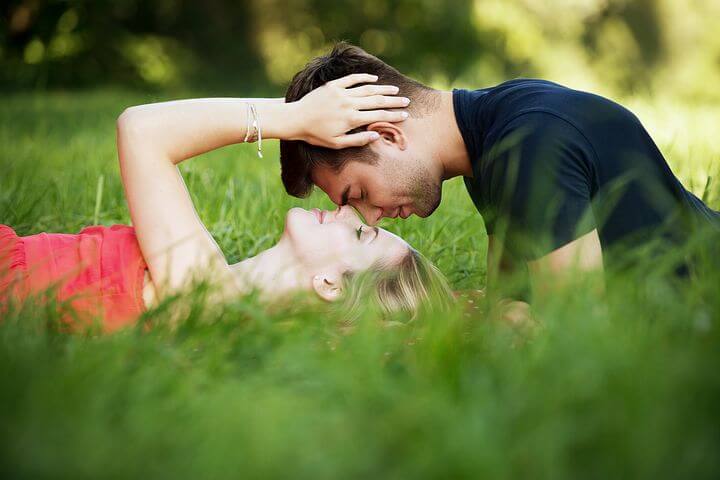 If you are considering getting married or are officially engaged and already to the point of planning the menu for your wedding dinner and reception, it is still not too late to think about the reasons behind your decision for getting married to another person in the first place. Marriage, for some, is a special union ordained by God. For others, it is simply a binding contract requiring a prenuptial agreement to protect individual assets. Marriage can be either of these things or simply be something that a loving couple feels they don't need to legitimize their relationship and their decision to remain together for the rest of their lives. Couples from either of those categories may also plan to have children and feel that being married is "the right thing to do" in regards to the children they produce or plan to raise together. Sometimes the reason for marriage is that a couple has already had children together and feels some type of obligation to legally "tie the knot" to somehow make their relationship and family more official in some way. For those with strong beliefs in regards to childbearing and marriage, this is often the path they feel obligated to pursue no matter what their true desires on the situation may be. However, it is perfectly acceptable for two people to create their own family without getting legally bound, and couples that may not be religiously or socially obligated to get married due to having kids may be interested in other options.

You Do Have A Choice

Even though we currently live in some pretty turbulent and concurrently lenient times regarding the standard traditions prevalent over the decades, there are alternatives to traditional marriage that are legal, viable, and far less stressful than planning a wedding, the feast that goes along with it, a highly anticipated reception to celebrate with friends and family, and (last but not least) an entire future together. Some people love concocting their dream wedding with a huge celebration to accompany it, but this isn't a great fit for everyone, nor is every individual planning on a lifelong relationship with another obligated to indulge in such ceremonies and festivities. Someone can just as easily come up with their idea of how a service acknowledging a lifelong commitment should be and have this experience in the same relative manner, letting the world know who they've chosen as their non-legally wedded partner for life, and this can be just as legitimate to those emotionally involved. Not everyone requires a piece of paper to confirm their decision to choose one mate for the rest of their lives, but then again, many still do.

Marriage itself is a legally binding contract recognized as a lawful union. It's not something that magically just goes away the moment a couple falls apart or takes their rings off their fingers. If the marriage ends, the courts (which seem very far removed from the actual ceremony) will not acknowledge this without filing for a divorce and enduring a far more complex (and pricy) legal situation than the few minutes it initially took to acquire your marriage license in the first place. Divorces are notorious for taking months and sometimes even a year or more to resolve and have fully processed through the legal systems in any area. Remember, you did have to apply for that license to wed your significant other in the beginning. Divorcing is as difficult in many cases as dissolving a business partnership, and perhaps even more so as there are emotions involved that include the bedroom rather than the boardroom, and passions can run high in the worst way possible when the legal process drags out your unwanted relationship even longer, since you're unable to walk away simply. (Some divorces can technically be granted, depending on state laws, based upon physical abandonment of a spouse, but that is a different topic entirely of its own.) If you've chosen to share your life with someone but have grown unhappy and bitter over time, every single asset within your home and life will have to be divided somehow, and rarely does a couple have enough of everything to evenly split between the two of them when it's all over. Feeling fueled by the frustrations of whatever has caused the marriage to fall into disarray, many spouses will go into a divorce hearing spiteful and causing further complications as a final act of revenge or punishment against the one they feel has done them wrong. As awful as it may sound, it is something that happens, and it happens often. Without that legal binding forcing you to endure the divorcing process though, you can easily save a lot of time, money, and frustration if the fairy tale dream wasn't all that it seemed.

What If You Want Children? 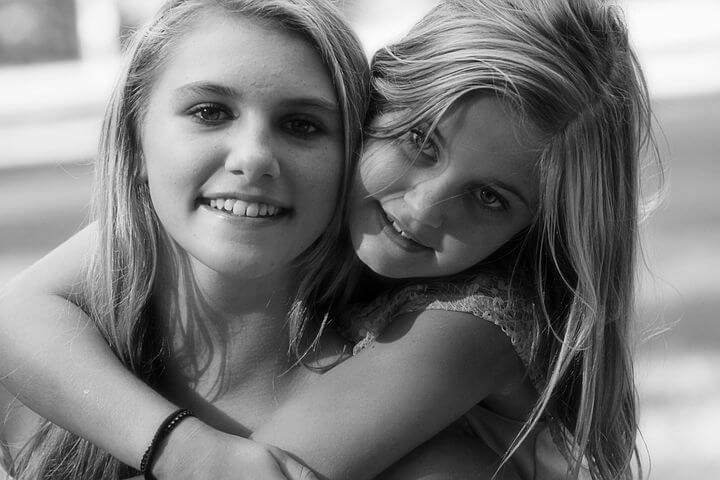 Even if a couple chooses to have children, it is often a bit easier to decide the issues of shared custody if there is no divorce involved. Sometimes it's just easier to part ways and agrees on your terms which will care for the children and when and in what specific way. It may be less stressful and more simple to make an impartial decision regarding the children if the courts are not involved because once the legal system has jurisdiction over the parents' right to the children, the rules won't be able to change so easily if they're court mandated. This factor can cause a lot of hostility, especially if child support is addressed and strongly enforced with the penalty of jail time if not paid. In a perfect world, even parents that split from a relationship with each other will both still equally support and love their children that they've created despite the significant other they no longer want to be with, but often this is an issue of extreme concern and importance and can turn nasty in a court room.

In unwed couples with children, the courts generally do not require any involvement unless the issue of child safety is raised or one of the parents seeks to have a paternity test completed and file for child support. If the couple is already married, this will mandatorily be discussed in the divorce agreement when the couple is trying to settle and finish the proceedings to finalize their split. Being married when children are involved also makes the split between the parents that much more defined and potentially a very negative emotional experience for the kids. Any couple choosing to reproduce needs to take into account how they will feel and react one day if their relationship fizzles, and they still have a child binding them together. Regardless of the parents' wishes, adding children into the mix means that the parents need to focus on them as their top priority in all aspects of their shared lives together, even if they one day part ways.

In potentially abusive situations (or ones not particularly safe due to other means), because some individuals do end up feeling trapped and that it's required of them to commit themselves to a harmful significant other for life, remaining unmarried and therefore not legally bound is the safest course of action in the event that the two have had children together. Though it still would not be easy to escape such a pervasive situation, having one less tie can greatly increase the likelihood that the non-abusive parent and their child can eventually slip away and remove themselves from the circumstances without worrying about the other person using legal tactics to force them to stay or to keep the child exposed to such an environment.

Choosing to share a home can involve renting and sharing expenses or purchasing as a whole together. This is possible without signing a marital contract and pledging "until death we do part." In the event of purchasing a home together, a non-married couple may have doubts if the relationship is going to last as long as a thirty-year mortgage, whereas that's usually far less of a concern for an incredibly hopeful married couple. Again, if things fall apart and the bridge of handling the home must be crossed, it is probably far less stressful to cross it without the court's intervention and to have someone else decide the final results of your matters for you. A couple can always enlist the aid of attorneys or even a mediator to help them with the process if they wish to part ways later on.

We are no longer living in the day and age where women need men to take care of them, and that dependence, especially from a financial point of view, should never be a reason for getting married or for living together. Before deciding to commit to either one, it is important that each partner can live independently and sustain their lives and property on their own. By doing so, then the relationship is merely the cherry on top of a life that is already happy and stable.

The Choice Is Yours 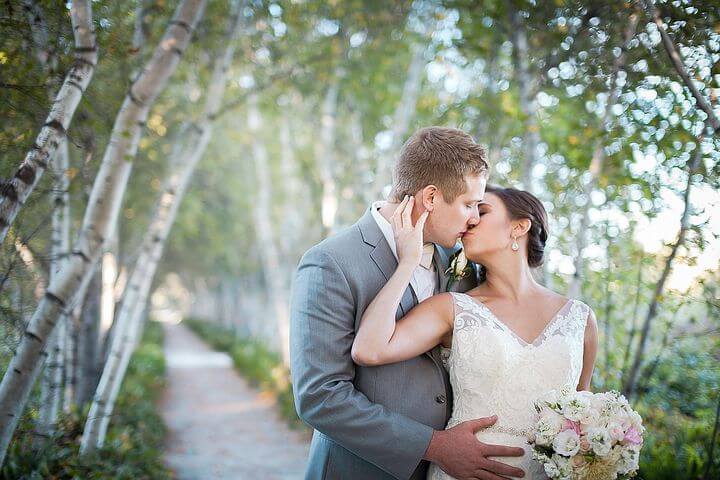 Not all couples will find that they agree on joining into a marriage in the traditional sense with a ceremony, bells, whistles, and a strict binding of a legal nature. Sometimes they may just choose to simply mesh their lives together in the literal sense but without the legal repercussions of a standard marriage. Many couples in modern times are now opting even to buy rings, have a small ceremony with those closest to them, and recite vows of loyalty for life without ever involving the legal system, and this works just fine for them. Many couples still also choose the traditional route.

The ability to bounce ideas and confused or conflicted feelings off of the proverbial soundboard, in this case of a licensed professional therapist, at ReGain.us could be a good first step in helping a couple determine exactly what the goals for their relationship are and how they should best go about achieving those wants and needs. Not every path for the future is right for every single couple, and seeking professional help can greatly benefit in helping a duo figure out what the best choice for them may be.

With ReGain.us you can be assured that your concerns will most definitely be heard. Your sessions will be held online in the comfort and security of your own home (or homes). Allow one of our licensed professional therapists to help you in this life-changing decision so that your choice is based upon what you truly want for your committed relationship compared to feeling pressured by what everyone else thinks you should be doing instead.

How Helpful Is Marriage Counseling Near Me?