What Does It Mean To Be Aromantic? Aromanticism Is A Spectrum
Discover More With A Licensed Professional Online
This website is owned and operated by BetterHelp, who receives all fees associated with the platform.

Is Aromantic The Same As Asexual?

You may have heard the term “asexual” and wonder how or if it differs from the term “aromantic.” Asexual and aromantic are two very different terms, but they can coexist in some cases. Asexuality refers to a spectrum that describes people who have little to no desire for sex. In contrast, aromanticism refers to a spectrum that describes people who have little or no desire for romance. Although sex can be a part of a romantic relationship, romance and sex are not the same things, and if someone desires one of those things, it doesn’t mean they desire the other. Think about it: Have you ever found someone, such as a celebrity or a cute guy that you came across on the beach, physically or sexually attractive without being romantically attracted to them or wanting a romantic relationship with them? That is where sex and romance differ. Someone could be aromantic and desire sexual activity, making them aromantic and allosexual, or they may be both asexual and aromantic and desire neither. If the latter is the case, this person might identify as both aromantic and asexual. Aromantic asexual people experience both little to no desire for sex and little to no desire for romance. If someone is aromantic but not asexual, however, their sexuality will correspond with their sexual attraction. Romantic and sexual orientations such as aromantic asexual, homosexual aromantic, aromantic bisexual aromantic heterosexual, can all be used to describe a person’s desires as they pertain to romance and sex. Being able to identify in a way that feels adequately descriptive of your experience is your right. Additionally, having the verbiage to explain your romantic or sexual attraction is useful when meeting potential partners and explaining how you feel and what you want from a relationship.

What Should I Do If The People Around Me Don’t Understand Aromanticism?

First, know that there is nothing wrong with being aromantic. It is extremely hard when the people that you love the most, particularly friends and family, don’t understand what it means to be aromantic or actively speak against it. They may say things to you like, “the right person will come along eventually.” Although this may have been the case for them, they are not aromantic and must understand that while your experiences are different, both of them are valid. The best thing that you can to help the people around you understand being aromantic is to educate loved ones if you feel safe doing so. You can use some of the resources mentioned below, or you can share your own experience as a person on the aromantic spectrum. If a friend or family member isn’t familiar with the term “aromantic,” you can point them to the Merriam-Webster dictionary definition of the term, which defines “aromantic” as “having little or no romantic feeling toward others: experiencing little or no romantic desire or attraction.”

Aromanticism Is A Spectrum
Discover More With A Licensed Professional Online

Resources For The Aromantic Spectrum And Allies

How To Meet Other Aromantic People

Community is a vital part of the human experience. If you’ve recently realized that you’re aromantic or have recently come out as aromantic, it’s natural to want to meet other people who identify in the same way. You can find online forums specific to people on the aromantic spectrum or those that are welcoming of the aromantic community. There are also social media groups and in-person groups related to aromanticism in some areas that you can access.

You can find the official website for a romantic spectrum awareness week here.

Counseling is an excellent place to seek confidential support for any life, relationship, or mental health concerns. Whether you see a therapist online or in your local area, you deserve a therapeutic relationship that you trust and feel safe in. One of the biggest benefits of online counseling is that you can see a licensed provider from the privacy of your own home or anywhere else with a reliable internet connection. The therapists and counselors at ReGain provide one-on-one counseling as well as couple’s counseling online, and they’re adept at helping you work through any interpersonal or life issues that arise. Search the network of online counselors at ReGain and find

How do I know if I'm Aromantic?

People who identify as aromantic experience little to no romantic attraction towards others and do not typically develop feelings of romantic love for others. Sometimes, aromantic and asexual are used congruently, but identifying as one does not necessarily mean you identify with the other. Some common signs that you may be aromantic are: you have never had a crush on anyone, relationships don’t appeal to you, you feel platonic love but don’t have a desire to feel romantic love, you don’t find yourself romantically attracted to others, you feel sexual emotions with no romantic emotions, or you prefer being single. It’s worth that just because you exhibit one of these signs does not mean that you are aromantic, but you could be. The aromantic community has more in-depth ways of determining whether you may identify as aromantic.

Is Aromantic part of the LGBT community?

Yes, a person who identifies as aromantic is under the umbrella of the LGBT community. The full LGBTQ+ Glossary can explain what it means, as well as some other common groups that a person may identify with.

What does Aromantic mean?

In short, aromantic people have no desire or interests in romantic relationships. Typically, an aromantic person does not feel romantic emotions and to be aromantic means that a person may never even have a crush. Aromantic is not the same thing as asexual, despite the fact that the two terms are often used hand-in-hand. Those who identify as aromantic explain that they can feel sexual emotions, though not all in this group, but there is a lack of romantic emotion. Being aromantic does not mean that a person isn’t ready for commitment, which is a sentiment most apply to those who identify with this group. Being aromantic means different things for different people, but the lack of romantic emotions is not driven by a lack of ability to commit to relationships.

Is being Aromantic a choice?

It is believed that, as with sexual orientations and other types of attraction, being aromantic is innate and not a personal choice. A person may realize at any point in their life that they identify as aromantic, even if they held relationships in the past, and this is an innate aspect of that person.

What is a Demisexual?

Previous Article
Afraid Of Getting Close? Why People Fear Intimacy
Next Article
12 Fun Sexual Things To Do For Couples Who Need More Excitement When Being Intimate
For Additional Help & Support With Your Concerns
Speak With A Licensed Therapist
This website is owned and operated by BetterHelp, who receives all fees associated with the platform.
The information on this page is not intended to be a substitution for diagnosis, treatment, or informed professional advice. You should not take any action or avoid taking any action without consulting with a qualified mental health professional. For more information, please read our terms of use. 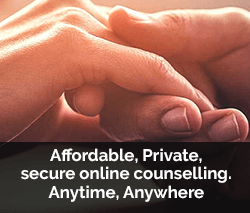