Advice Home > How To > Keeping The Peace: How To Deal With A Pathological Liar

Keeping The Peace: How To Deal With A Pathological Liar

Pathological lying is also known as mythomania or pseudologia fantastica. Those are pretty technical terms for something so common. Lying bothers most people on a moral level. Pathological lying takes lying to the ultimate level of deception. A pathological liar is someone who lies compulsively for no apparent reason.

Being Lied To Doesn't Feel Good
Therapy Can Help You Heal - Work Through Complex Emotions With A Licensed Therapist.
This website is owned and operated by BetterHelp, who receives all fees associated with the platform.

Lying can be due to a mental health condition called antisocial personality disorder, also known as sociopathy. There may be no medical reason for pathological lying. Researchers don't understand the condition very well at this juncture. Pathological lying does appear to have some common traits. People who lie all the time often try to make themselves out to be a hero. They also use lying to gain acceptance or sympathy or to get out of trouble, or prevent feelings caused by an uncomfortable situation.

It's fairly easy to distinguish between white lies and pathological lying. In a 2002 study on lying, researchers found that 60% of people lied at least once during a 10-minute conversation, with the average person telling two or three lies during that time.

How Do White Lies Differ From Pathological Lies?

White lies are small fibs that are usually harmless. They're minor mistruths that people tell without malicious intent and often without thinking about them much. People tell little white lies so they don't get into trouble or to spare someone they love and care about from having hurt feelings.

Explaining little white lies is not to suggest that we should keep telling them or accept them from others. It's worth mentioning because lying is a challenge that people from all walks of life have to deal with. While white lies are usually fairly innocuous, pathological lying is harmful to the liar as much as it is to the people being lied to.

What Are The Indicators Of A Pathological Liar?

Researchers believe that habit plays into pathological lying. A study in 2016 indicated that the more lies people tell, the easier it is to lie. 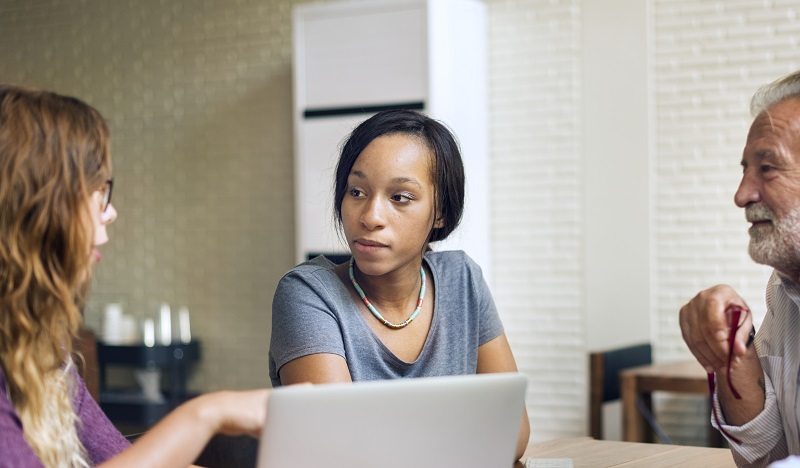 Pathological liars tend to be talented and engaging storytellers capable of weaving dramatic, complicated stories with many colorful details. In their stories, they tend to be the hero or the victim. Their stories are driven by the need to gain their audience's admiration, sympathy, or acceptance. They know their audiences well and know just how to draw them in.

Pathological liars make such a habit of lying that they often can't discern the difference between fact and fiction. They're not always able to draw a mental line between conscious lying and delusion.

In the beginning, it's not easy to detect a pathological liar. They tend to be charming and intelligent. They're so good at their craft that they can even have a good job and a decent social life.

In dealing with pathological liars, be aware that they have no moral compass about their behavior. Perhaps this is why they're capable of lying straight to your face without flinching. They don't typically show the same signs as others who lie, like stopping for a long pause or avoiding eye contact. If you ask them a question, they're likely to go around and talk about multiple other things without answering the question.

How To Deal With A Pathological Liar 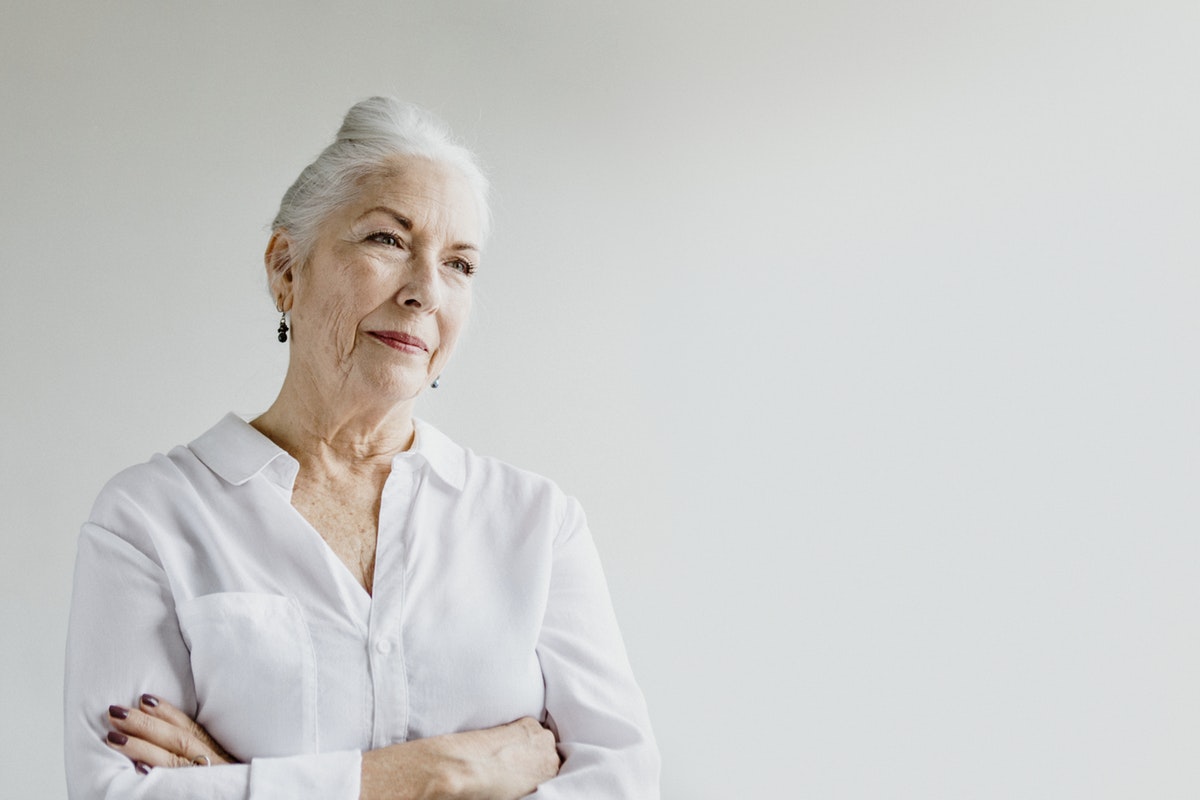 Being Lied To Doesn't Feel Good
Therapy Can Help You Heal - Work Through Complex Emotions With A Licensed Therapist.

Being lied to is a betrayal of sorts. Feelings of betrayal stir up additional strong emotions like anger, mistrust, sadness, and disappointment. Don't let your anger get the best of you in front of the liar. Find another outlet to process your negative feelings. It's better to deal with lying by being kind and supportive but firm.

Expect the liar to deny their behavior. Try to anticipate their reaction. Don't be surprised if they become enraged or express shock at being accused. Don't take it personally. Let them know that they don't need to impress you and that you value them as a person.

You always have a choice to deal with a pathological liar. You don't have to engage with them at all. You are in the driver's seat, and you can choose whether to continue the conversation with someone you know is being dishonest.

PsychCentral states that you can protect yourself by feeling free to call them out on their lies. If anyone else told a story and the details weren't adding up, you'd probably be obliged to question it. Why act any differently under this situation? A good strategy is to act confused (you might not even have to act much!). For example, you might say something like, "You just said that took an acting class at college and got a leading role; yet, I see your college transcript in front of you, and it doesn't list an acting class. I'm confused as to why you want me to believe that you have a lead in a play." Calling someone out on a lie can help as long as you do with tact and come from a place of integrity. Please don't belittle them or argue with them about it. The main goal here is just to let them know that you didn't buy it.

Another strategy is to attempt to clarify the information by appearing as if you don't understand them. After being lied to, you act like you don't get it. For example, "I don't get why you told me that you were at school yesterday when Sam told me he visited with you at your home." A pathological liar wants to have the upper hand, and by giving off the appearance that you don't understand a situation, you take the top position. This will help the liar come clean without feeling like they just got caught in a lie.

Another tactic you can try when trying to protect yourself from a pathological liar is not to believe anything at all until you can confirm it. You may not be able to stop the behavior, which means that you won't ever be able to take anything they say at face value. If you give the appearance that you believe the pathological liar's lies, they will be off and running and may embellish the lies even more. Once the liar believes they have you well in their clutches, they feel empowered to keep the lies going. Under these circumstances, it's best to remain neutral while focusing and detaching. As you can, weigh the lies with the facts.

Whatever approach you decide to take, don't pick a fight with a pathological liar. They live in fantasy and can't reason. In many cases, liars don't know who they truly are. They may be suffering from a lack of security or feeling alone. Don't forget that some people engage in compulsive lying because they have a personality disorder. Without treatment, they can't change their behavior. If you persist in arguing about it, the lies may go around and around, never solving anything and causing you extreme frustration in the process. Arguing can lead to putting you down, intimidation, and it can get out of control. Be content that you know the truth and be willing to let them believe their lies. Sometimes, that is the safest thing to do for everyone involved.

Professional counseling is helpful for pathological liars. The difficulty is getting them to admit they have a problem and agree to participate in treatment. You may be able to convince someone to get help by backing up your claims with the literature on personality disorders, telling them that lying could be a symptom of something more serious and that you feel it will improve your relationship with them. Please encourage them to contact ReGain to be matched with a licensed therapist to see what they learn from it.

If the person refuses all help, reach out for counseling for yourself to learn how to draw boundaries and find strategies for dealing with a pathological liar.

What is pathological lying a symptom of?

What is a pathological liar vs. a compulsive liar?

Can a pathological liar ever tell the truth?

Can a pathological liar change?

Why do pathological liars lie?

How To Get Rid Of Anxiety At Work

How To Choose A Therapist That's Right For You
For Additional Help & Support With Your Concerns
Speak with a Licensed Therapist Today
This website is owned and operated by BetterHelp, who receives all fees associated with the platform. What To Do If You Can’t Stop Caring About Things You Can’t Control How To Make Someone Forget Something How To Not Let Things Bother You And The Best Ways To Cope How To Deal With People Who Hate You And Overcome Negative Relationships How To Win Someone Back After Some Time Apart How To Stop Obsessing Over An Ex
The information on this page is not intended to be a substitution for diagnosis, treatment, or informed professional advice. You should not take any action or avoid taking any action without consulting with a qualified mental health professional. For more information, please read our terms of use.