Why Are Younger Men Drawn To “Cougar” Women?

When you hear the term cougar, do you view it in a positive or negative light? The word “cougar” is commonly used but may not be the most appropriate, respectful, or flattering word. “A woman who’s older than a man she’s dating” may be a better phrase.

Why are some younger men drawn to older women? The answers are probably as unique as the relationships themselves, but there may be some common threads. (In this article, the focus is on relationships between younger men and older women. However, it is important to note that in all relationships, regardless of age difference or gender, partners have their reasons for engaging within the relationship. There is no one-size-fits-all formula. Research shows that there was not much difference in life satisfaction or relationship satisfaction between couples the same age and couples who had a larger age gap.) 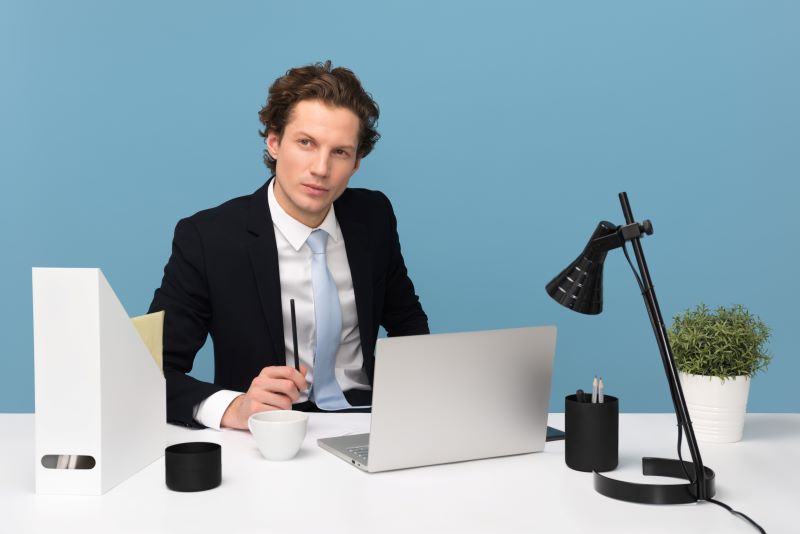 Want To Learn More About Age Differences In Relationships?
Discuss It With A Licensed Therapist.
This website is owned and operated by BetterHelp, who receives all fees associated with the platform.

Online dating has expanded the scope of available men and women who are interested in dating. It has also offered the option for people to narrow their search for someone to date by their age. There are new dating sites that even specifically focus on “age-gap relationships.” If the age difference isn’t a factor for those looking to date, these dating sites may give people more dating opportunities. The popularity of such sites seems to indicate that people don’t mind the age difference.

There is a trend of older single women dating younger single men. According to a survey by the AARP in 2003, of 2,094 older single women ranging in age from 40 to 69, about 20% were dating or had recently dated a man who was at least five years younger than they were.

The stereotypical fairytale relationship may speak of two young adults who fall in love, get married, buy a home (or inherit a castle), and raise a family in the suburbs (or in their kingdom). It may be perfect for a couple who wants to live that dream. Other people may say, "That's just not for me." Others may have gone for the fairytale wedding and family and then found out that the fairytale ending never really came true. Those people may be looking for something different in later relationships. Many of them may find that dating someone who is not their age suits them just fine.

Who Is The Older Woman Who Dates Younger Men?

While everyone is unique and has reasons for who they choose to date, some women who want a little relationship or nothing other than sexual may date younger men who want the same type of relationship. Others may prefer casual relationships without commitments. Still, others may be interested in a committed relationship with someone who’s not their age. There is no “one size fits all” definition for a woman who dates younger men. 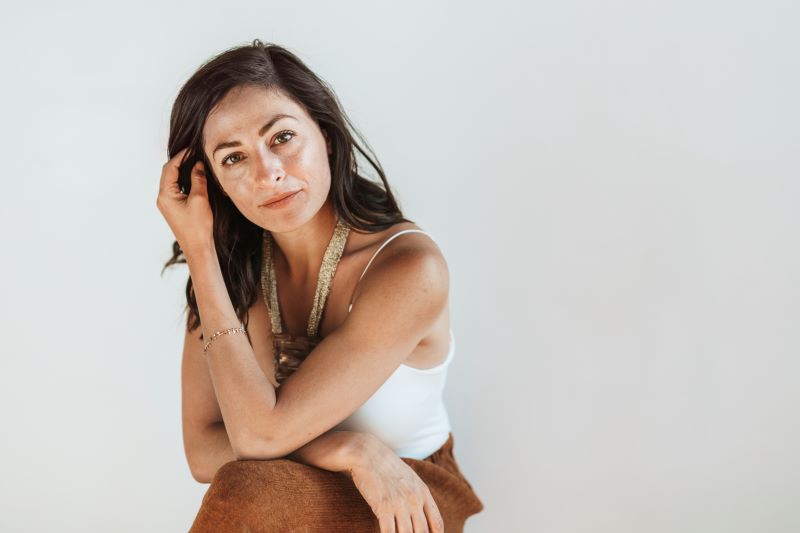 Women tend to live longer than men, so older women may appreciate that their younger partners may be with them to support them physically and emotionally in their later years. No one can tell the future, but there's a better-than-average chance that their younger partners will outlive them, which means they'll likely always have companionship if they continue their relationship.

What's The Draw For Younger Men In Seeking A Relationship With An Older Woman?

Years of life experiences shape us and change us. Maturity, intelligence, financial security, and quality of sex are just a few of the things that may draw younger men to relationships with older women.

Younger men and older women don't necessarily seek out relationships with someone in a specific age group. In some cases, they may become attracted to each other without knowing exactly the age difference. Once having experienced a relationship with older women, some men may prefer dating people who aren’t their age. Some young men may appreciate a woman who has had more time to become financially independent or established in a career. Some people may not want to feel pressure to support their partner financially. Some younger men are happy to be financially supported by their partner, as may people of other ages.

The maturity level of older women can be a big draw for younger men. A relationship with an older woman, a younger man, or a person of any age may be built on trust and mutual respect before it moves into feelings of love, which a partner may value. Having lived longer and had more experiences, older people may have come to know themselves well.

An older people may exude a level of confidence that their younger selves lack. They may be more grounded and realistic than they were when they were younger. They may have a more relaxed attitude about life, and a younger man may find that's refreshing. Older women may have learned not to “sweat the small stuff” and may have a calmer demeanor. They may know that there is value in living in comfort and serenity. Who doesn't like that? 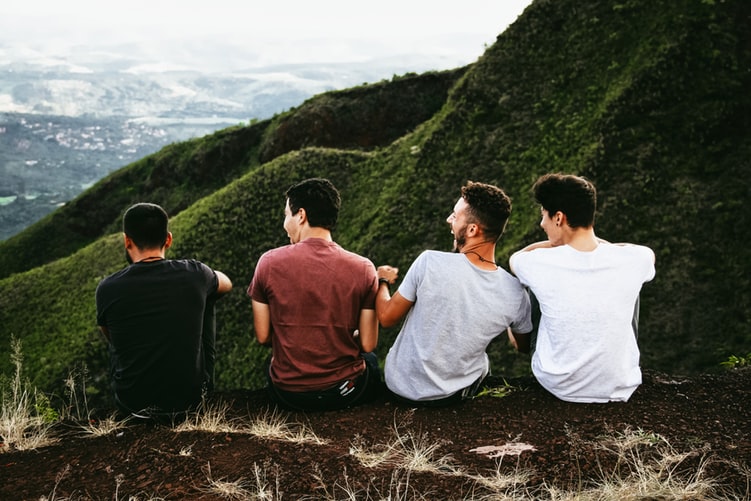 Want To Learn More About Age Differences In Relationships?
Discuss It With A Licensed Therapist.

An older woman who has a wealth of life experience may give their younger partner the benefit of a more mature perspective. Having a strong relationship with an older woman may give a younger man the confidence and assurance that he can make his partner truly happy, and there can be plenty of personal reward in that.

A study showed that society still doesn’t tend to approve of older women dating younger men. While flippant comments about the age difference may bother younger men, older women may have learned with age that others judging them is not worth worrying about. They may be self-assured, and that can be refreshing.

The issue of sex may come into play in a relationship between people who are different ages. The New York Times published an article that details the personal experience of an older woman named Cindy Gallop. A successful advertising executive, Gallop publicly shares insight from her sexual experiences with younger men on her website and through a TED talk.

Conflict in a relationship between a younger man and an older woman may arise if they’re not on the same page about the issue of having children. Older women may already have grown or near-grown children. They may be passed a point in their lives where they want more children. If they’ve gone through menopause, they might not be able to have children biologically. However, some couples may decide to use donor eggs for in-vitro fertilization or explore other reproductive options.

Why Some Younger Men Might Not Want To Date Younger Women 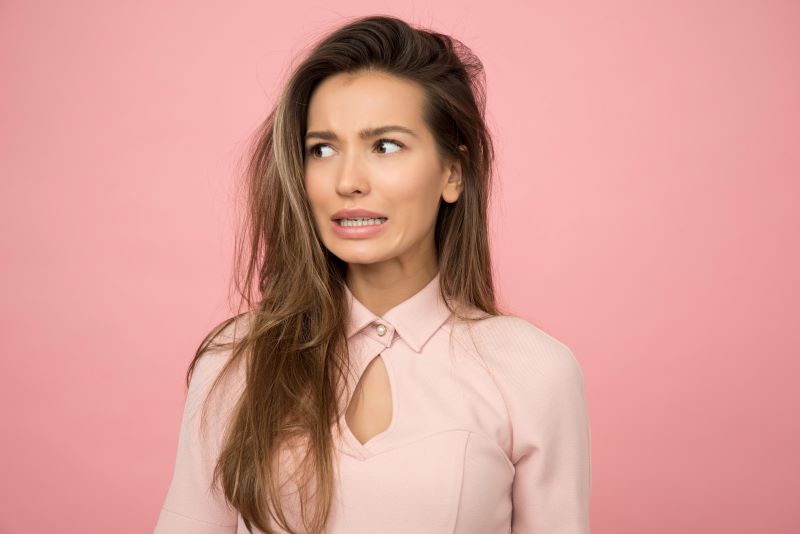 If a younger woman is envisioning a future that includes marriage and family, she might prefer to date guys who will make good husbands and fathers. Some younger men might not be looking for that level of commitment. Or, while many younger men have many of the same dreams and aspirations, they might prefer the life experiences that older women may bring to relationships. Older women may know from experience that not being straightforward in relationships can backfire.

While many couples who have a large age difference are happy in their relationships, the fact is that anything that falls outside of societal norms can be challenging. Couples can get help to overcome those challenges by going to relationship therapy.

A licensed counselor has the right tools to guide couples through dealing with issues related to age, life experience, sex, societal pressures, and other relationship challenges. If you have relationship concerns or need help build a healthy relationship, please reach out for help. Licensed mental health professionals are available to connect with you at ReGain.

Previous Article
How To Manage A Complicated Relationship
Next Article
Important Things To Keep In Mind For Your First Relationship
For Additional Help & Support With Your Concerns
Speak With A Licensed Therapist
This website is owned and operated by BetterHelp, who receives all fees associated with the platform.
The information on this page is not intended to be a substitution for diagnosis, treatment, or informed professional advice. You should not take any action or avoid taking any action without consulting with a qualified mental health professional. For more information, please read our terms of use. 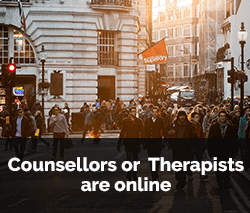