Advice Home > General > What Is Defensive Listening And How Does It Hurt Communication In My Relationships?

What Is Defensive Listening And How Does It Hurt Communication In My Relationships?

If you are unfamiliar with defensive listening, it is entirely possible that it is present in your relationships, and you have not realized the damage you might be doing. While that is something difficult to consider, it is a good idea to understand defensive listening so that you can prevent it from happening now or in the future. To put it simply, defensive listening is taking something that is said as a personal attack, no matter the intention or real meaning behind the statement.

Have you ever done this or experienced this in a conversation? If so, it can be fairly easy to identify. If you are a defensive listener, there are ways that you can make improvements. One of the most helpful things is to see a counselor. By talking to a professional, you can learn specific skills and tricks to stop your defensive listening. The question is: why is it important to stop defensive listening? 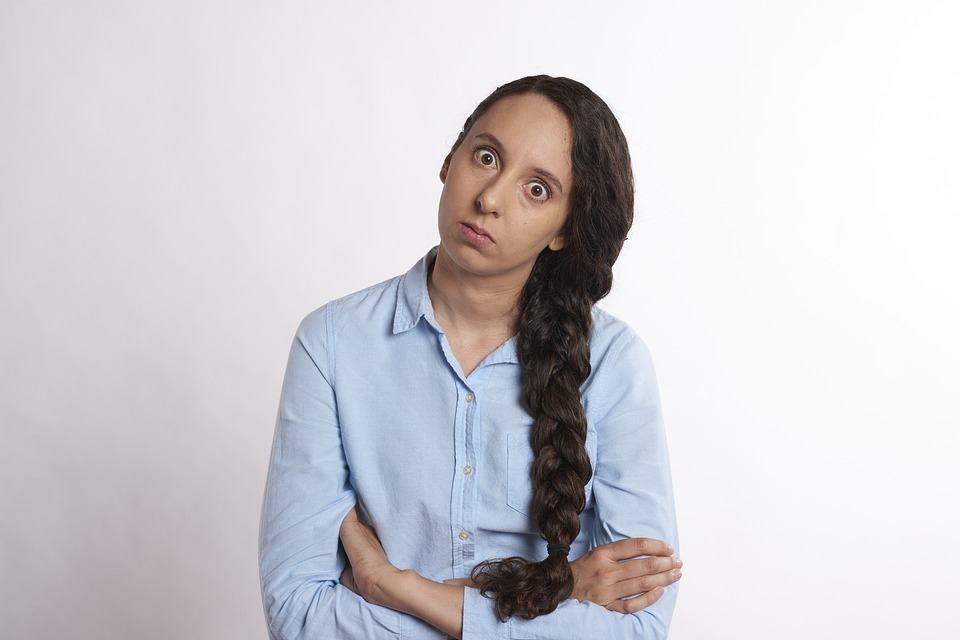 Effects Of Defensive Listening In Relationships

Puts You And Your Partner At Odds

Your partner is supposed to be your teammate. This means working together, attempting to understand one another, and asking for help when needed. When one or both partners are getting defensive in conversation, being a team is much more difficult. Instead of thinking about how you might react as a teammate, defensive listening creates an opponent. How do you work to act as a teammate instead of an enemy? 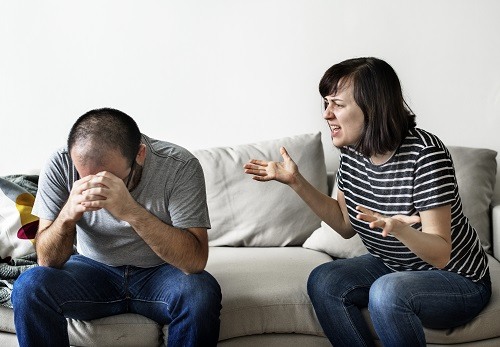 While it is not an immediate solution, it is important to remind yourself that the person you are communicating with is not the enemy. By thinking of this person as a teammate, you can approach the discussion in a different headspace. For example, if communication reaches a point in which emotions are high and difficult to stay level-headed, it can be a good idea to take a breather and regroup. A few minutes apart can help both of you to calm down and remind yourselves that you're on the same side.

Rather than aiming to win an argument, attempt to understand. Don't try to get your way but try to find a solution that works for both parties. Avoid assuming and communicate more with the other person. Doing these things are just a few ways that you might treat your partner as a teammate. However, defensive listening can happen in more relationships than romantic ones. Even so, you can approach communication with a sibling, parent, or friend in much the same way - see the other person as a teammate.

Defensive Listening Can Become A Cycle

If you are having a conversation with someone listening defensively, it is easy to get defensive yourself. For example, if he or she reacts defensively to an innocent comment, you might feel the need to defend yourself or tell them that they are defensive. Doing so will only set off further feelings of defensiveness. Once that occurs, it is easy to fall into a pattern of back-and-forth defensiveness that is hard to break from.

Instead of pointing out his or her defensiveness, it is often a better option to say, "I am sorry it seemed I was saying that. Can I try to explain better?" Attempting to clear up the misunderstanding is a good way to stop the cycle before it starts. Try to recognize their feelings about the subject and ask if they are comfortable continuing the discussion. If they need some time to process or cool off, it is best to give it.

Forcing communication when one or both parties are emotional or upset can be a real reason for both individuals to get defensive. You might sit in silence for several minutes, leave the room, or even go for a walk and revisit the issue an hour later. It is important to inform the other person of what you are doing to avoid further miscommunication. 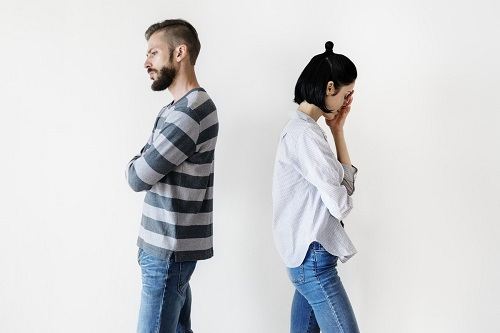 Although many arguments result in an "agree to disagree" situation, some should not be left in that way. In fact, sometimes, people fall to that solution far too often, leaving far too many disagreements unresolved. Agreeing to disagree should be done after all discussion on the topic has been exhausted, especially if the topic is one that both parties find important. Sometimes these kinds of disagreements stem from a misunderstanding that could be cleared up with a more in-depth discussion.

When an argument is the result of miscommunication, it could have been easily avoided. Although clear communication can fix the misunderstanding, there are often things said in an argument that cause further damage. Learning to listen without a defensive outlook and react to defensive listening can be crucial tools for communication in any relationship.

Causes Someone Else To Solve The Defensive Listener's Problem

If you're a defensive listener, chances are you require the other individual to lead you back on the right track. You might assume that he or she means something because you tend to listen defensively and then leave it up to them to fix it. In truth, what was said likely was not intended the way that you took it. Instead of realizing the other possibilities, defensive listeners tend to wait for someone else to do it.

If you respond to something defensively, the first step to becoming a better listener is to become self-soothing. Having the ability to self-soothe when feeling defensive is the best way to have more stable relationships and clearer communication. Instead of waiting for the individual to correct their innocent remark, you must be able to see it from another angle.

When you're listening defensively, how do you slow down enough to see the statement from another point of view? Firstly, you have to identify that you are defensive. From there, it is best to stop and breathe. Breathing often makes you calm enough to listen. If you are unable to relax, taking a break is key to revisiting the issue later. Seeking clarity is important for both parties - what triggered the defensiveness? What did your partner truly mean by that statement? Once this part of understanding has been reached, you might find common ground. Doing so will have the individual self-soothing and leaning less on their partner to fix the issue on their own.

Put A Stop To Defensive Listening 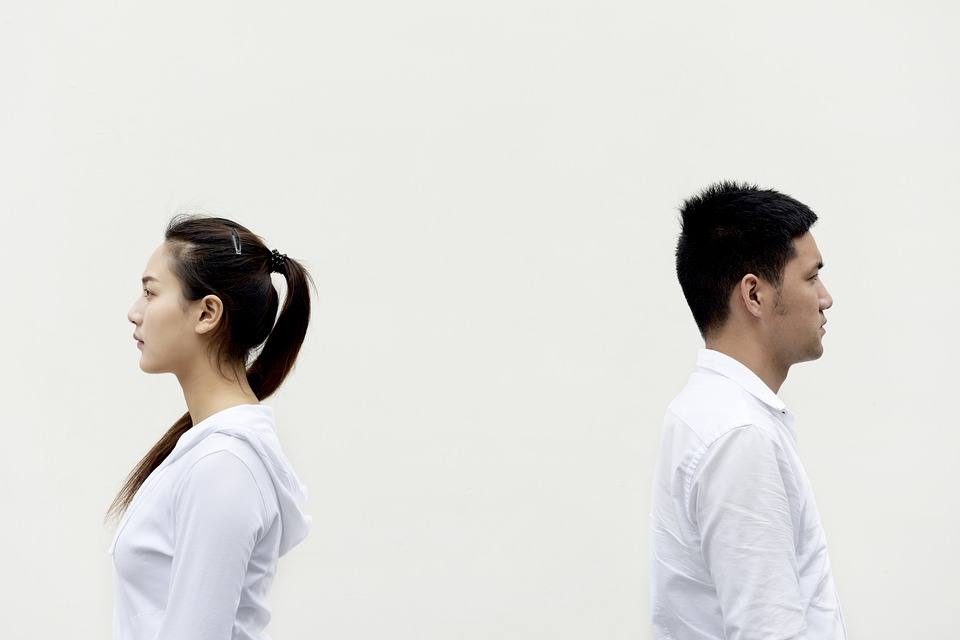 Put yourself in your partner's shoes for a moment. Loving a defensive listener can be difficult as it makes communication far more complicated. A person speaking with a defensive listener might have to censor themselves much more than they should to prevent any negative reactions. It is not always possible to avoid these kinds of reactions, as it can be hard to avoid the trigger completely. However, attempting to avoid defensive listening can cause a whole other kind of communication issue, in that not everything that needs to be said is getting said.

By working on your defensive listening, you can drastically improve your communication skills. Since communication is one of the most important aspects of any relationship, you must stop defensive listening before destroying your relationships. If you find it difficult to stop the bad habit on your own, it is a good idea to seek professional help.

A counselor or therapist should have the skill set necessary to help you identify the triggers that cause you to be defensive. Once those triggers have been identified, your counselor will help you work through them for long-term help and improve communication immediately. Doing so will greatly improve all relationships in your life, as the people, you communicate with will feel more comfortable speaking openly with you.

How do you overcome defensive listening?

An article published by the Gottman Institute discusses ways to overcome defensiveness during difficult conversations. They offer strategies for self-soothing when listening to another person express their concerns or needs. The article suggests writing down what the other person is saying and any defensiveness you may be feeling, seeking to understand your emotions and what could be spurring defensiveness to emerge, focusing on deep breathing throughout, asking the other person to reframe a triggering statement, and returning to the conversation later if needed.

What is an example of discriminative listening?

Discriminative listening is the most basic type of listening. It focuses on discerning between different sounds. We can use discriminative listening to assess changes in an individual’s tone, indicating a shift in their emotions. For example, we may notice a normally cheerful coworker is feeling down due to their altered tone of voice.

What is aggressive listening?

Aggressive listening refers to gathering information from what someone says to attack or using it against them. It can also be thought of as ambushing.

What is defensive listening in communication?

Defensive listening refers to perceiving an innocent comment as a personal attack. Someone who listens defensively may hear a general statement and think that it is directed towards them. Defensive listening can be very harmful in relationships, as an individual may believe that they are being criticized or attacked, which can cause misunderstanding and arguments.

What is an example of defensive communication?

Someone who listens defensively is likely to believe a general comment is a personal attack. For example, if someone were to make a statement about lazy people in the workplace, a defensive listener might perceive that the comment is implying that they are lazy. Perceiving comments as potential threats can trigger many arguments and misunderstandings within relationships.

How To Have A Deep Connection With Your Spouse

What Is The Crisis Of Masculinity?
For Additional Help & Support With Your Concerns
Speak with a Licensed Therapist Today
This website is owned and operated by BetterHelp, who receives all fees associated with the platform.

How To Know You’re Not Happy In A Relationship What Causes Relationship Trouble, And How Do You Prevent It? How Do I Deal With My Boyfriend’s Problems? The One Year Relationship Checklist How Do Money And Relationships Impact You?
The information on this page is not intended to be a substitution for diagnosis, treatment, or informed professional advice. You should not take any action or avoid taking any action without consulting with a qualified mental health professional. For more information, please read our terms of use.