Do Guys Like Shy Girls Or Outgoing Girls More?

Shy girls often worry about whether men are going to be interested in them. They have this perception that their shyness or introverted nature is going to prevent them from finding love. Do guys like shy girls or outgoing girls more? The truth is that it comes down to what the individual is looking for. Some men find shy girls to be irresistibly cute, whereas others find them to be boring. One man might like outgoing girls for their fun and spontaneous nature while another might find them to be high-maintenance.

Keep reading to take a look at why men like both shy girls and outgoing girls. These types of women appeal to men for different reasons. If you're a shy girl who is worried about finding her dream guy, then please know that there are men who will love you for who you are. Outgoing girls should know that many men will also appreciate their natural energy and positive attitudes. You might think that your average guy would like an outgoing girl more than a shy girl, but there are more factors to consider. You'll understand more once you look at this question from several angles. 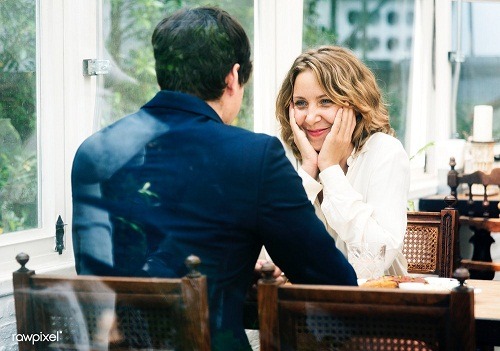 Liking Someone Is All About Preference
Learn More With A Licensed Relationship Expert Online Today!
This website is owned and operated by BetterHelp, who receives all fees associated with the platform.

Some men adore shy women, and they think that they are so cute. When a girl is a bit shy, it gives her an endearing quality that many men will find to be irresistible. Not every guy is going to feel this way about shy girls, but many do. A man might like being the one to take charge in a relationship. With outgoing girls, a guy might not always feel like he is the one taking the lead. Most shy girls are comfortable with letting a guy dictate the pace of a relationship, and they also let him plan the dates. He might like having this type of relationship, and it could make him feel more invested. Shyness has the potential to be an appealing quality even if it sometimes feels like a burden.

Certain shy girls will even have a bit of a mysterious or intriguing vibe. A shy girl doesn't always wear her heart or emotions on her sleeves, so to speak. She might play with her cards close to her chest, and it might take time to unravel her secrets. This can keep a man interested, and he will like the challenge of getting a shy girl to open up to him over time. It also makes him feel more special to know that he was able to get to know this girl who doesn't just open up to everyone that she talks to.

You could even say that shy girls might be more appealing and feminine. This isn't necessarily true in all instances, but some guys do feel this way about shy girls. You see, when a girl is shy and timid, that is seen as a more feminine quality. Since most men are going to be interested in taking charge of the relationship, this is going to be desirable. You might find that men will prefer shy dating girls because they feel more like their ideal vision of what they want out of a girlfriend. Some men go the other way with these thoughts, but many men do love shy guys for this reason.

Shy Girls Have An Innocent Charm 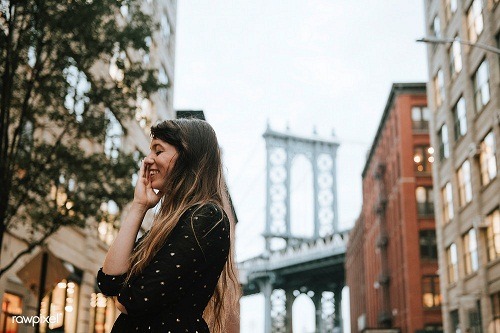 Being shy is sometimes associated with innocence. Granted, not every shy girl is going to be a saint or a sheltered girl. Even so, men might think that shy girls exude a certain type of innocent charm. They aren't like the bad party girls who are out there doing their thing. The more reserved nature of a shy girl could be an attractive quality that will wind up, causing men to take notice. Shy girls might not come into their own until later on in life, too, so you might notice more men going after shy women later on in life.

Outgoing Girls Can Be A Lot Of Fun

Outgoing girls can be a lot of fun, and many people love dating girls who can be considered the life of the party. A woman who knows how to have a good time is usually going to be down to do interesting things. She might be ready to go to a concert with a guy, and she might even be ready to drink a few brews with the best of them. Outgoing girls are often seen to be fearless, and this can lead to a lot of fun party moments. Dating an outgoing girl could help a man to get out of his comfort zone, and it could lead to a very satisfying relationship. 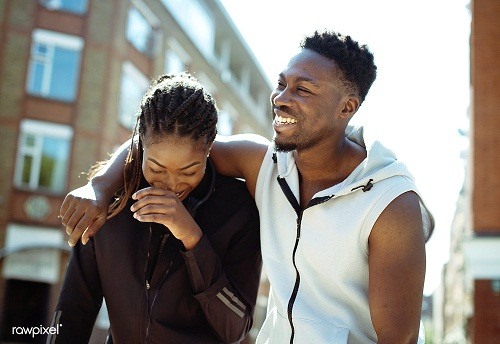 Liking Someone Is All About Preference
Learn More With A Licensed Relationship Expert Online Today!

It's even possible that an outgoing girl might have the courage to pursue a man. Typically, men are the ones who pursue women. This is rapidly changing as society continues to challenge gender norms and conventions. Even so, it can be refreshing to have a girl who will straight up say she is interested in you. Some guys will like having a girl pursue them, and others might find it off-putting. An outgoing girl isn't necessarily going to wait around for a guy to make a move. She might create her opportunity and decide to seize it.

Outgoing Girls Are Easier To Get To Know

You can certainly say that most outgoing girls are going to be easier to get to know. Extroverted people don't have a tough time talking to other people. They will be open to discussing things, and it'll be a lot easier to learn what makes them tick. If a man is trying to date an outgoing girl, then he won't have to wait to peel back layers to try to figure out what is going on. This type of girl will be more open and easier to read when compared to a shy girl.

This doesn't mean that dating an outgoing girl is always going to be easy; mind you. A man is still going to have to put in the effort, and it might be necessary to get to know her on a more emotional level to advance the relationship further. Regardless, the initial "getting to know you" phase is typically easier when a man is dating an outgoing girl. This causes some men to prefer girls with extroverted personalities.

So many people have said that confidence is sexy in the past. This is usually brought up when talking about guys, and most women do prefer confident men. Some men find confident women to be extremely sexy, as well. Outgoing girls are more likely to be confident in many different areas. They're less afraid to put themselves out there, and they're more willing to give new experiences a shot. Any man who finds the confidence to be sexy is likely going to prefer dating an outgoing girl as opposed to dating a shy girl.

Guys do like both types of girls, and there isn't necessarily a clear winner. Which type of girl a guy is going to prefer is going to come down to his personality type. Some guys might not even have a basic preference like this. Some people get to know others on an individual basis and find themselves attracted to all different types of women. You should know that both shy girls and outgoing girls have their fans.

Being shy and reserved doesn't preclude someone from having a good time. Shy girls can come out of their shells eventually, and they can have the same amount of fun as outgoing girls. The outgoing girls can mellow out once they start to mature, and they aren't necessarily going to want to party all the time. People change, and stereotypes such as "the shy girl" and "the party girl" don't matter quite as much later on in life. A man is going to try to find a girl that matches up well with him regardless of what "type" she is.

Whether you're a shy girl who is looking for love or if you're an outgoing girl who wants to settle down, you're going to be able to find what you're looking for. Some men might prefer certain personality traits over others. Some men value intelligence over all else, and some are just looking for someone kind to share special moments with. Just be open to meeting someone nice and don't put too much thought into what type of girl you are. The right man will find you, and you can even find him if you feel so inclined.

If you are in a relationship with a guy that you like, then you might want a bit of help to take things to the next level. You might have a few issues that you will need to work on together. Online relationship therapy can help you with this so that you can work on your problems in a safe environment. This will allow you to get therapy without having to leave home. It's perfect for shy guys who would rather not have to advertise that they're seeking couples' therapy. A licensed therapist will work with you and your boyfriend to help you break through any barriers that are preventing you from progressing your relationship. Sign up today if you feel that you could use a helping hand.

Can Stress Cause Spotting? The Dangers Of Attention Seeking Behavior? 6 Fitness Motivation Tips To Start You On Your Fitness Journey What Is The Difference Between A Sociopath And A Narcissistic Sociopath? What Do I Do When I Am Feeling Alone And Need Someone To Talk to? I Don’t Know Who I Am Anymore
The information on this page is not intended to be a substitution for diagnosis, treatment, or informed professional advice. You should not take any action or avoid taking any action without consulting with a qualified mental health professional. For more information, please read our terms of use.