Advice Home > Divorce > 6 Signs You Should Be Divorcing A Sociopath

6 Signs You Should Be Divorcing A Sociopath

Finding out that your spouse is a sociopath can be a lot to take in and accept. After all, you have made a commitment by marrying him or her and more than likely have plenty of fond memories with that person. However, living with a sociopath can be detrimental in so many different ways, such as emotionally and financially, and it can take a toll on your mental and physical health. This article will discuss the signs of sociopathy in relationships and when it is time to be divorcing a sociopath. 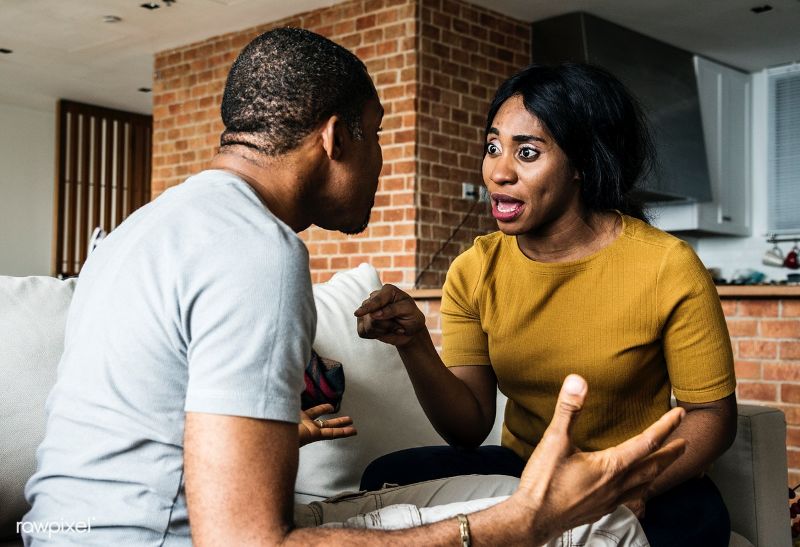 What Is A Sociopath?

Once a term used in the psychiatric literature, sociopathy has been replaced with the condition known as antisocial personality disorder which can be described as the "presence of a chronic and pervasive disposition to disregard and violate the rights of others" and consists of traits such as [1]

Although the term "sociopath" is formally considered outdated, it is still widely used by the general public describe a person who carries many of these characteristics, especially the first two bullet points in this list. Essentially, it can be used to describe anyone who lacks a sense of moral responsibility and social conscience, and this can sometimes lead to destructive, and often criminal, behavior. [2]

These kinds of traits can easily ruin marriages, and while some signs are apparent right away, some situations are not. Additionally, being married to a sociopath can be difficult to come to terms with, which can cloud a person's judgment, which can make it hard to take action. The next section will discuss some common signs that you should leave your sociopathic spouse.

When Is It Time For A Divorce From A Sociopath?

The sooner you recognize the signals that your spouse is a sociopath, the better it will be in the long run. The longer you stay, the more likely it is to get hurt. Any reason to leave is a valid one, but if you are having trouble noticing the signs (they can be subtle at times), this section will provide some of the most frequent behaviors shown by sociopaths in marriages.

Cheating is often grounds for separation for many relationships, married or not; however, it is still possible to forgive and work past it for many couples. Approximately 20 to 40 percent of all marriages in the United States have extra-marital affairs, and around 42 percent of all divorces have reported sexual infidelity during the course of their marriages. [2]

For sociopaths though, they will not care that their behavior is hurting you, and will likely continue to do so, despite what they tell you. Many people who have been affected by this will mention that they have heard over and over that "it was a mistake" or "it won't happen again," yet, it inevitably does. 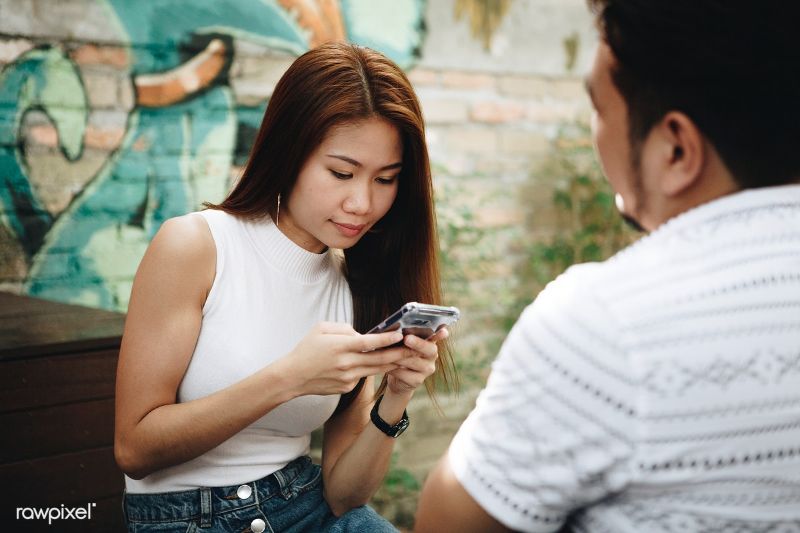 If your spouse has been unfaithful and continues to cheat on you, it is time to file for a divorce because he or she has no regard for how you feel but will keep on telling you what you want to hear. It can only get worse because cheating is correlated with increased marital distress and conflict. [3]

Lying and deception can apply to infidelity in many different ways, but in general, a sociopath can lie about just about anything, and are typically very good at it. They may also use their personality to manipulate you in thinking that they are telling the truth. However, if things seem fishy and you're finding that you have to question things too frequently, you might be in trouble.

Sociopaths might try to cover up what they do for a living, what errands they are going to take care of, or how money is being spent. For example, a sociopath might say they're going out to buy groceries, but instead, they will spend the money on drugs and alcohol. As an excuse, the individual will tell the husband or wife that they were robbed.

Keep an eye out for possible lies, no matter how small they seem. If something seems off in any way and it has been like that throughout your marriage, this should be a red flag, and be a sign that you should get a divorce as soon as possible.

Like lying and cheating, financial issues can also destroy any relationship, but the risk is higher because married couples live together and share assets, such as bank accounts and credit cards.

While technically financial assets are being shared, a sociopath will have no sense of responsibility and continue to spend, despite the consequences. For example, a man's wife can take his credit card without his permission, spend it on personal belongings, and leave her husband in potentially serious debt. Sometimes hard-earned funds can be siphoned to fund a pathological gambling or substance habit, and victims might not be aware of it because the money will start gradually disappearing rather than in large bursts.

Unfortunately, divorces regarding finances can be tricky and daunting because, sometimes, settlements may require one of the parties to pay some spousal support, like alimony. On the other hand, until a divorce is finalized, he or she will continue to take directly from your wallet, and your emotional well-being will keep suffering.

It is common for people to go on the defensive when questioned about something, especially if you know that you are in the right; however, sociopaths will get this way for seemingly no reason at all, and maybe even blame you for it.

For example, a sociopath might start binge drinking and claim that it is all your fault and that you treat them poorly. They will try to make you feel sorry for their actions, and you might try to help them, but this does not lead anywhere. In fact, it reinforces their behavior. 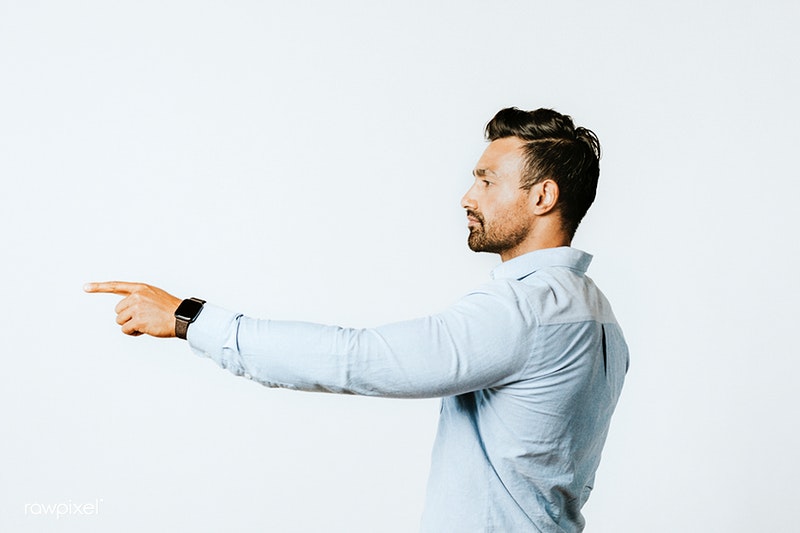 In extreme cases, sociopaths who are overly defensive and preoccupied with blaming others might try to go out of their way to actively punish others and get revenge on those who do not comply with them. This can potentially have fatal consequences.

If the person that you married and decided to love unconditionally, who may at one point been charming and affectionate, has now switched gears and now has become hostile, argumentative, and verbally abusive, they may be a sociopath.

Often, it can switch back and forth; one moment, the sociopath will resort to name-calling and making threats and another they will be affectionate and seductive. These are all manipulation tactics, and they can make a person severely doubt themselves.

Living with someone with unpredictable moods is extremely difficult, but no established threshold indicates that it is time to leave - it is up to you to decide when enough is enough. No one should have to dread interacting with the person that they married, but if you are unhappy, that should be your cue to divorcing a sociopath.

Unfortunately, domestic violence is a relatively common occurrence in relationships, and in the United States, it is estimated that there is a prevalence of 17.2 to 25.5 percent for violence amongst married couples. [4]

In addition to verbal and emotional abuse, sociopaths can also be physically violent as well, and some will claim that they are sorry for their actions, but still keep on hitting. Apologies or not, a sociopath does not have any remorse for his or her actions.

If you are being subjected to physical abuse, you need to file for divorce because studies show that violence will "escalate in severity and frequency over time." Not only that, it is a crime. Additionally, even though it might not present itself early on in some cases, dating violence is often a precursor to abusive marriages. [4]

Sociopaths can affect people of all different backgrounds, and while there are some gender differences, men and women all have the potential to be one and can be equally as destructive towards marriages.

Divorce, in general, can be extremely challenging to cope with, but the burden of dealing with a sociopath can make it that much harder, and it is normal to require assistance during your time of need. If you have been thinking about getting a divorce, or have already undergone one, Regain offers online counseling and therapy sessions to help you overcome this difficult period of your life, so you can learn how to live life on your terms, not your spouses'.

For those who have not separated from their abusive husband or wife yet, hopefully, this article has helped you recognize the signs and spot the patterns of sociopathic behavior. Accepting the facts and going through the procedure will more than likely cause a series of negative emotions and stress, but with adequate support, you will come out as a healthier and happier person on the other end.

How To Save A Marriage On The Brink Of Divorce