What Is Infant Attachment, And How Can You Create A Secure One

Are You Interested In Learning More About Secure Attachment?
Discuss It With A Licensed Therapist
This website is owned and operated by BetterHelp, who receives all fees associated with the platform.

Infants need a strong, secure bond with a primary caregiver, not only for healthy development but also to thrive as adults later. Yet, the best ways to facilitate infant attachment may seem mysterious, especially if your baby has problems that keep her from bonding right away. When you learn how to make that magic happen, you can start your child on a more positive life path.

What Is Infant Attachment?

Infant attachment is the bond a baby develops with the person who takes care of the most often. It is the infant's first and most crucial bond. How well the infant forms an attachment to the first person who cares for them regularly can impact them through childhood and even for the rest of their life.

Who Does The Infant Bond With First?

An infant's first attachment relationship is typical with the mother, the father, a childcare worker, or anyone else who does the bulk of caring for the infant. Most importantly, it's the person who meets the child's survival needs when they cannot meet them alone.

John Bowlby was a psychoanalyst who studied the ways people bond with each other and developed his theory of attachment during the mid-1900s. Bowlby had worked in a home for maladjusted children early in his career. There, he found that many children in the home showed little affection to anyone. After talking with the children and their mothers, he found the bond had often been disrupted early in life.

Bowlby also studied the 44 Thieves Study, which looked at juvenile delinquents' development. These children had not formed a strong bond with their primary caregiver, or a bond was formed but disrupted by the mother's absence or death.

Drawing on his research, Bowlby created his attachment theory that stated children needed a strong, secure, enduring bond with their mother. The theory also explained Bowlby's theory of why infant attachment is important and what might happen if no such bond is created.

Biological Need Or Attachment To One Caregiver

Bowlby saw attachment as a process that developed during the evolution of humans. It was a way for infants to survive in the often harsh conditions of early human life. Bowlby postulated that infants needed one primary caregiver. Having one main caregiver form, a strong attachment, increased the likelihood that the child's needs would be met. This made it possible for children to survive until they could meet their own needs. 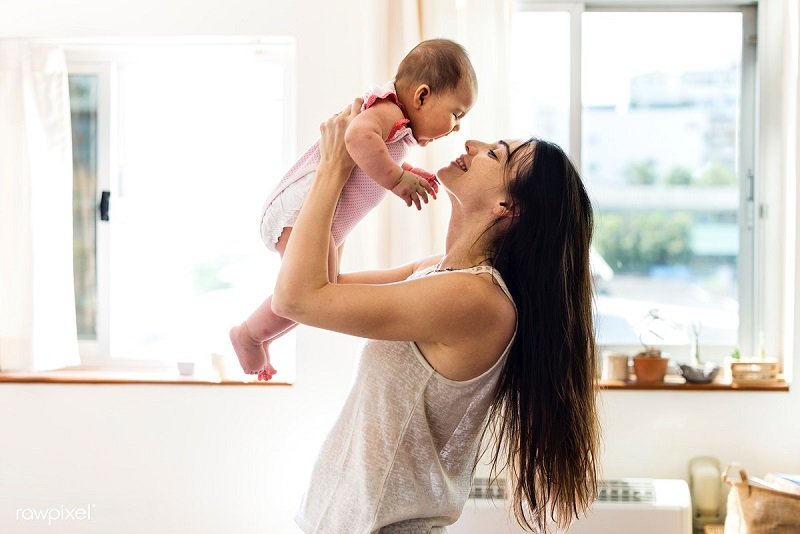 What Is the Critical Period For Attachment?

According to Bowlby, there was one critical period for forming that first attachment. If bonding didn't happen within the child's first two years of life, the child would have issues with feelings of security and connectedness throughout life. By the time a child is five years old, the possibility of forming any other close, warm, secure bond would be minimal.

Mary Ainsworth, who helped Bowlby formulate his attachment theory, went on to study secure attachment and stranger anxiety on her own. Her first major work came from studies in Ganda relating to secure attachments between mothers and their infants.

As a part of her work in Ganda, Ainsworth visited mothers with their babies present. She noted how the mothers and infants interacted. She noticed that infants who had a secure attachment with their mothers had the most sensitive mothers.

The mothers who were sensitive to their infant took care of the babies' survival needs quickly and reliably. They also responded to the infant's emotional states, being playful when their infant was playful and comforting when their infant seemed fearful or upset. 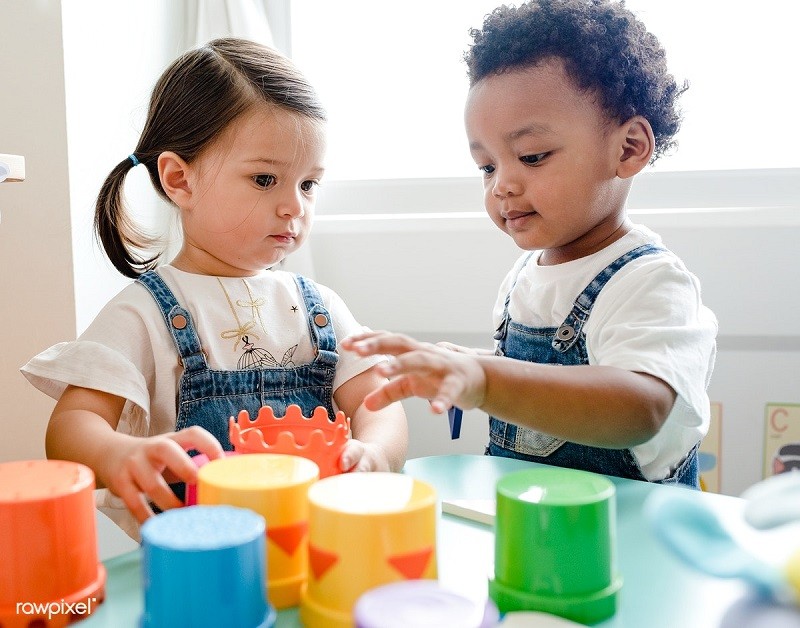 Ainsworth's conclusions about this research prompted her to develop the concept of maternal sensitivity as a vital facet of infant attachment.

After returning home to Canada, Ainsworth developed the Strange Situation Test to determine how infants with and without a secure attachment behaved differently in an unfamiliar situation.

The Strange Situation Test starts with a mother and her baby being brought into a lab. The child typically plays freely with the lab's toys for as long as the mother is present.

Babies typically don't play as vigorously with the toys when the mother isn't present. They may show signs of separation anxiety when the mother leaves. The differences between the attachments different babies have already formed with their mothers before the test show up in their different behaviors when they return during the test.

In scoring the Strange Situation Test, Ainsworth used data that included the number of minutes the child cried, the amount of effort they made to get contact when the mother returned, how much initiative they showed, and whether they could get that contact.

Ainsworth found the following tendencies among her children:

Bowlby, Ainsworth, and others who studied attachment found that children with mental and behavioral problems as they got older had insecure attachments as infants. Life was not only hard for the child, but it was also hard for the parents and sometimes others who encountered those children. Child attachment can have a major impact on later happiness and mental health. 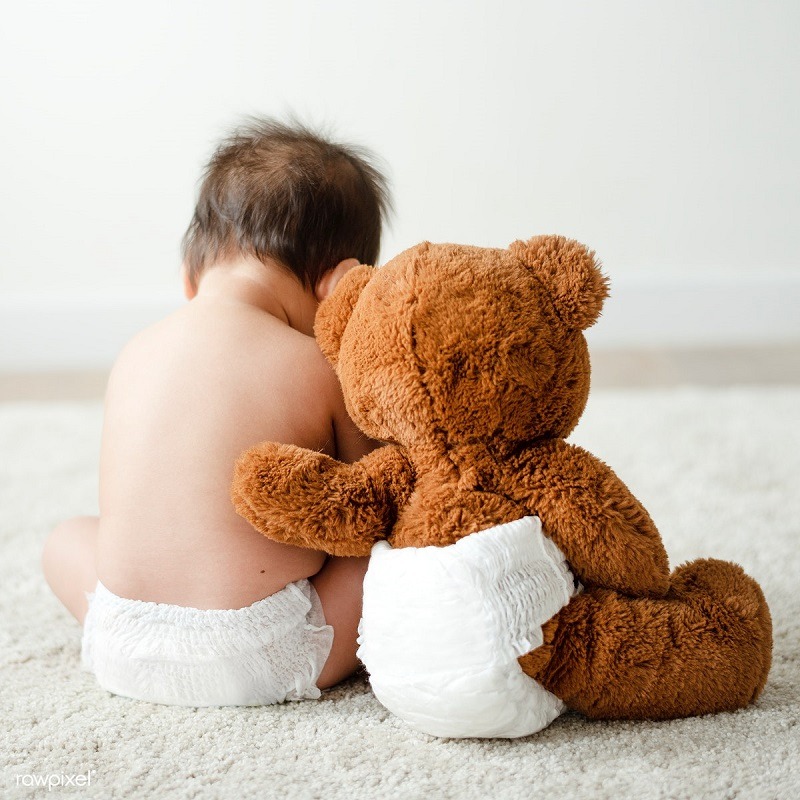 How To Create A Secure Infant Attachment

Giving your infant everything they need to develop a secure attachment with you can give them a much happier and healthier life from birth through adulthood. So, how do you create that secure attachment during the critical first two years of your life?

Be Sensitive To What Your Infant Needs

Your baby can't tell you in words what they need. So, you need to notice their discomfort and distress. When they're fussy, take time to check them to see if you can do anything to make them more comfortable physically.

Notice when they need to be comforted as well as when they're in a playful mood. Also, be aware of when they're hungry or anxious so that you can respond to them appropriately.

Meet Their Needs Promptly And Reliably

What your child needs most from you is to meet their survival needs. If you can find out why they're distressed, the next step is to provide them with the resources they need to meet those needs.

Be reliable, so the infant feels more secure. Move towards meeting their needs as soon as possible after you realize they need you. Your promptness and reliability will promote trust and a secure attachment. Don't worry that this will spoil your child. Rather, it is likely to help them become more independent as they get older.

The reality is that parents often have to work outside the home to support the family. Scientists haven't found any correlation between infants being in daycare and insecure attachments. However, one study found that infants who spent more than 60 hours per day in daycare did tend to have a less secure attachment.

Understand The Role Of Individual Differences

Infants aren't all the same when they're born. They're genetically different, so they have different capacities for attachment. Your infant may not respond as easily to you, but they can still form secure attachments when you show great sensitivity to their needs.

You also need to be aware of your infant's temperament and the unique stressors they are under. Understanding how your baby is different from others isn't an excuse to ignore their needs because "that's just the way that child is." Instead, it may call for even greater care, attention, and reliability from you.

Can Anyone Help You Create Secure Infant Attachment?

Having a strong support system can help you stay focused on your child's needs because your own needs are being met more effectively. Elicit the help of friends and family to help you manage other duties when needed. Rely on them for emotional and social support, too, to help you stay emotionally available to your child.

If you're concerned that your child isn't forming a secure attachment no matter what you do, you can get help from a therapist. Talking to a licensed counselor at ReGain.us can provide you with the resources you need, not only for your mental health but your child's as well.

Ambivalent attachment: These infants have an unease around strangers and become very distressed when a parent leaves and do not seem comforted when they return. In this mother-infant relationship, the child may be unsure if their needs can be met due to inconsistent parenting.

Avoidant attachment: Infants who display avoidant attachment patterns may avoid parents and do not seek comfort from them after an absence. They show no preference of parent over a stranger. They tend not to explore and seem emotionally distant.

Attachment secure behavior is a healthy attachment pattern in an infant-parent relationship. There are signs to look for to see if your baby has secure patterns of attachment. Your baby should prefer your presence to strangers. Your baby goes to you for comfort in stressful situations. Your child engages with you positively after an absence. Your child shows trust and seems confident to explore independently.

An attachment secure bond is very important during infancy. This early attachment teaches your baby trust and positive communication skills that allow them to develop future intimate relationships with you and others. They can better regulate their emotions, exude confidence, and overcome disappointments. It believes this early attachment has lifelong influence to how we will behave as an adult.

Patterns of attachment are formed at about 7-9 months of age in mother-infant relationships. At this stage, you’ll begin to notice early attachment patterns and separation anxiety. After this, the attachment will come in stages as the child learns and interacts with their caregivers.

Insecure attachment patterns can be consistent with avoidant, ambivalent, or disorganized patterns in an infant-parent relationship. Various factors potentially cause this attachment disorder. If a parent shows inconsistent care, being nurturing at times and neglectful at others, such as not picking the baby up when it cries. Attachment research has shown these inconsistencies affect whether your baby will have a secure or insecure attachment relationship.  Other times it could be because of abuse or the parents have left at a young age.

Babies with insecure attachment patterns show extreme distress when separated from their parents and cannot be comforted after the absence. In this attachment figure, the baby feels unsure the caregiver can meet their needs.

Children with insecure attachment patterns tend to get very upset when a parent leaves. They often cling to their caregiver and are not easily comforted. They can be anxious in general and show difficulties controlling negative emotions, displaying many tantrums.

Previous Article
22 Ways To Create A Secure Attachment
Next Article
Define Attachment: Understanding The Word And The Theory
For Additional Help & Support With Your Concerns
Speak With A Licensed Therapist
This website is owned and operated by BetterHelp, who receives all fees associated with the platform.
The information on this page is not intended to be a substitution for diagnosis, treatment, or informed professional advice. You should not take any action or avoid taking any action without consulting with a qualified mental health professional. For more information, please read our terms of use.