The Best Way To Show “I Love My Fiancé” 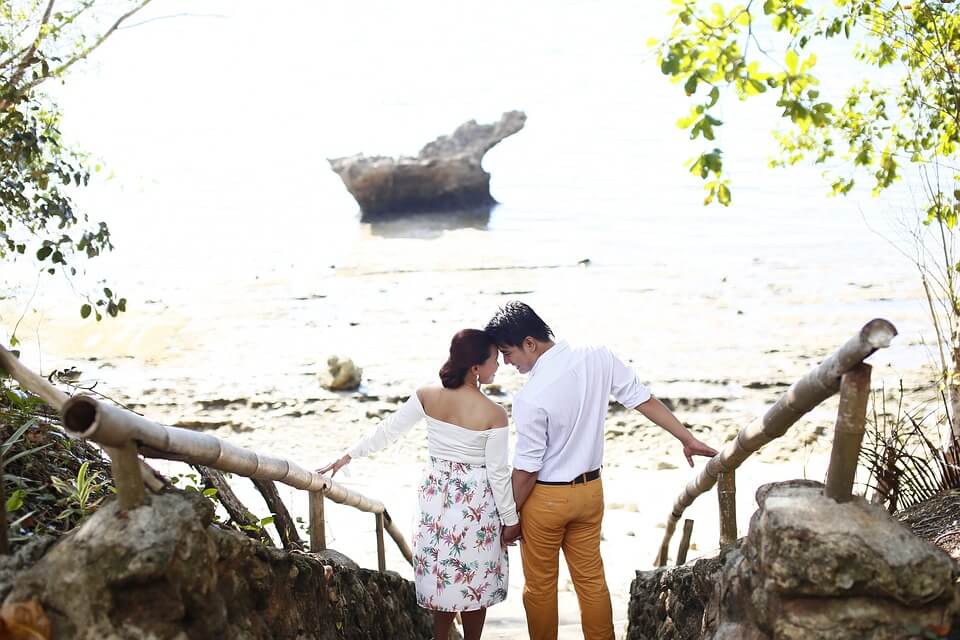 For many people, having a fiancé means that you're soon to be married, and lifelong partners. But, maybe you struggle with really showing that you love your fiancé. How can you get better at this? What are some of the best ways to really wow your fiancé and show that yes, they're the one for you? Read on to find out.

The Origin Of Fiancé

A fiancé is essentially someone that you promise to marry. It's a period that's often called engagement, and the duration of this does vary based on the parties involved.

Lots of times, longer engagements were common in arranged marriages, meaning that the couple would be engaged for years before they were married, and it's still a common thing.

The origin of the engagement was found in the Torah, first shown in the example by Abraham, where the marriage would consist of two acts, one called the erusin, and the actual ceremony. The erusinwas a betrothal ceremony, which differed because it would change the status without bringing in the legal consequences that the actual ceremony entailed. There is another process in Jewish law called kiddushin, which is the engagement agreement, and marrying without this in place is technically considered immoral.

Later on, this was adopted in the ancient Greek culture in the form of rituals called gamos and engeysis, where the contract was verbal but still in front of a witness. In Jewish law, it was a written agreement. However, giving aring to someone was borrowed from the Jewish law, and then put in place in Romanmarriage law, with the fiancé giving it to the fiancée after they swore an oath of marriage, and there was even a party that occurred with this, where gifts were given to another person.

Engagements have been around for a long time, and they were often used as a sort of promise to the couple to showcase that they would be together.

Why Sometimes It's Hard To Tell Your Fiancé You Love Them

You've given your partner the promise that you're going to be together. Sometimes, that is a huge way to show love, and it's hard to top it. It's a common issue for those that do this to feel like everything they do at this point isn't enough.

However, it is enough. Showing your partner that you love them, and showing that you love your fiancé makes both parties feel good, and keeping the love going strongly can help with a successful marriage as well. The engagement is a period of planning, and showing your partner that you're in it for the long haul with various actions can make a world of a difference in the future when it comes to marriage.

So how can you show your fiancé that you love them? Read on to find out. 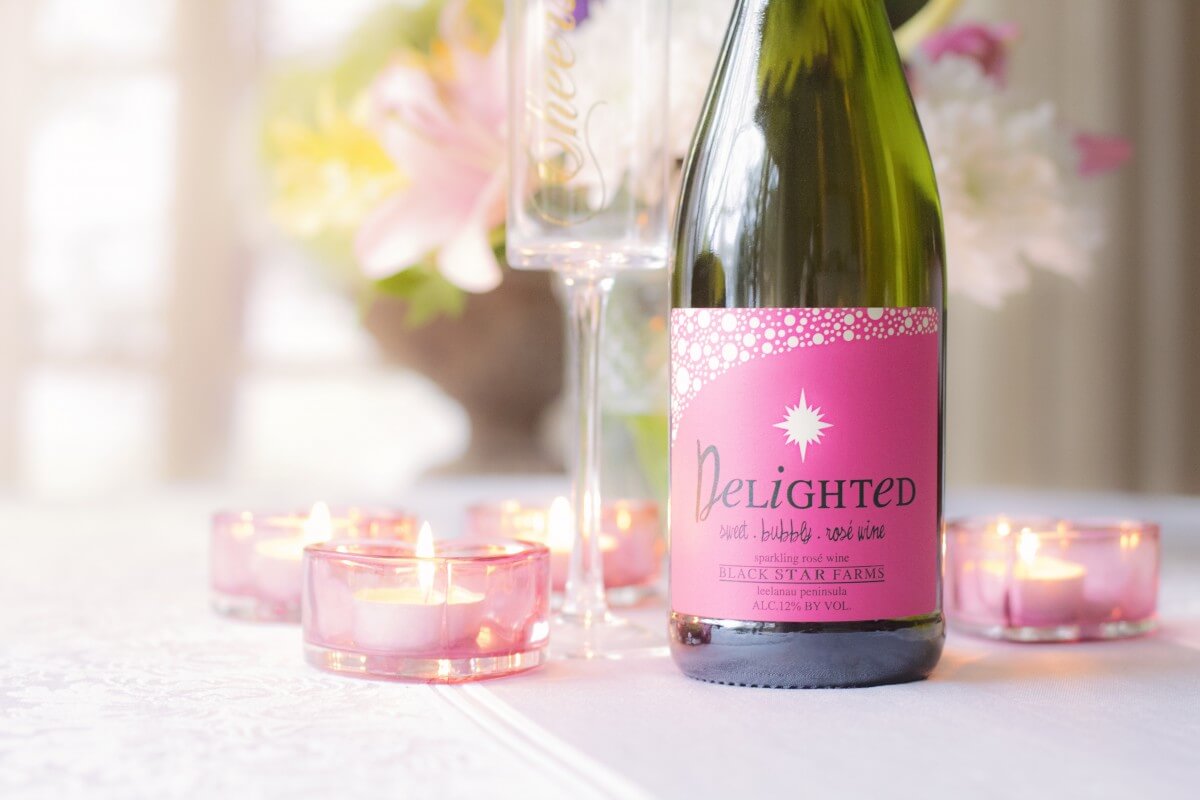 Date night is something that you should do, especially when the craziness of planning a wedding begins to hit. You may feel like you have no free time, but you should take one day out of the week for you and your fiancé. This can be anything from going to dinner, having a picnic, going to a movie, or just doing anything that you would enjoy with your partner.

If you continue to "date" your partner even after you've promised to marry, it can make both of you feel better, since it will set a standard for the marriage, and it avoids the feeling of being taken for granted.

You need to continue to communicate. Sometimes, with the stress of wedding planning, you may want to just take time to yourself, and not talk to your partner. While it might be nice to sit down and relax, don't shut out the other person.You should spend at least a few minutes each day talking about the day, whether it's good or bad, and listen. You both should communicate your issues to one another, and make eye contact. Little touches, sitting next to each other, and turning off your devices will help you have a better, more meaningful conversation between you and your partner.

Spend Time With Others 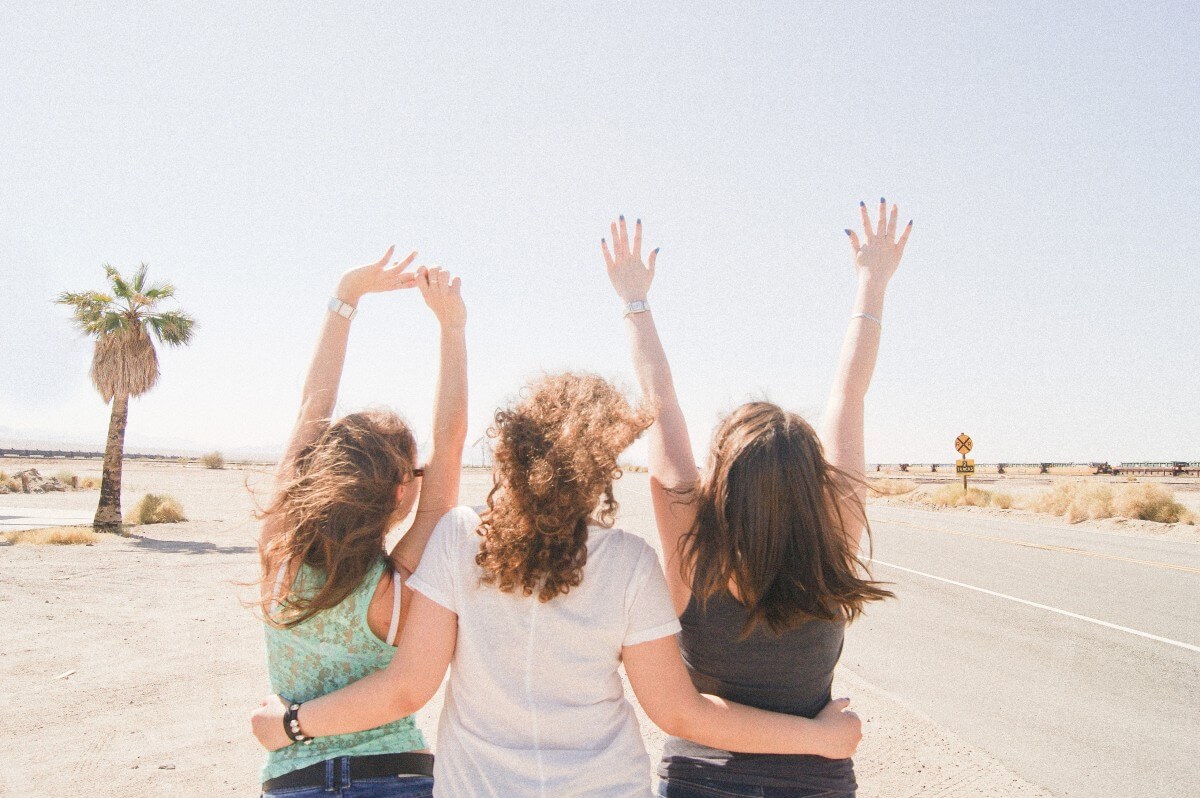 Sometimes, when it comes to engagements, you only spend time with them, and he only spends time with you. But you shouldn't shut out the other people that are present in either of your lives. If your fiancé wants to hang with a few friends, let him do so. If you want to see a movie with your friend or spend time with your mom, do this.You need to keep your friendships strong because lots of times friends get shafted when the other friend gets a fiancé. Make sure to encourage these other relationships. If he goes out with the guys, have a girls night, or spend time alone and catch up on yourself.

Sexy texts are great for the relationship, especially if you want to build heat, but remember that sweet notes can be just as good. Giving sweet little romantic notes, such as in the form of a love letter, telling your partner just how much you love him and the reasons that you do, or even just reminiscing when you met, and talk about the goals and the excitement to be together, it can make a huge difference.

Sometimes, putting it in the work bag, or even on the counter when he's working, allowing him to find it unexpectedly, can make your partner feel like a million bucks.

Include Him When Planning The Wedding

Lots of times, women kind of go almost "bridezilla" when planning weddings, and they sometimes make it all about themselves. It's because weddings are often seen as something for the "female," but it doesn't always have to be. To stop yourself from becoming a bridezilla, have him included in the planning. Ask him what he wants from the wedding, bring him to vendor meetings, let him give his two cents about whether or not those colors should work.

Do Things That He Enjoys

Does he spend a lot of time watching your favorite chick flicks with you? Or maybe spends a lot of time doing things that you enjoy? Sometimes, one of the best ways to show that you love someone is to do things that they enjoy, not what you just enjoy. Watch his favorite movie with him, maybe go fishing with him if he loves fishing. Compromising and doing something that he enjoys shows that you care, and it sometimes can cause you to develop an interest in what he likes. Watching a movie without one derogatory remark can be a great way to show that you love him.

Bragging is something often frowned upon by many people. It's often seen as "annoying," but that's when you do it twenty times a day. Bragging about him a little bit though isn't something harmful, and it's something that can make both parties feel good.

Post a few photos, acknowledge that he did something that you thought was super nice. It's a way to feel special and in many cases loved, especially if you normally aren't super open about how you feel. If you do this, it also shows that you recognize the actions that he does and the kind words that you have for him.

You may do little things for one another that go unnoticed, but that happens during long-term relationships, but sometimes, being a little bit open about some of the things he does, bragging a little bit, will make him feel special.

Sometimes, with long-term relationships, it can be hard to show love. If you're scared of what might happen when you finally reach the altar, or you feel like everything that you do isn't enough, sometimes relationship counseling is a good option to try.

Talking to someone, whether it be couple's counseling before the ceremony happens, or if you're a bit worried about the future now that you're engaged, can be helpful, especially if you're worried about your future as a couple. Being able to get any problems sorted out before you say "I do" can help you with any qualms you might have, and sometimes, counseling can make your relationship stronger.

If you have trouble expressing love towards your partner already, maybe finding a relationship counselor can help you too. Getting any anxieties and worries out in the open before the big day can help you feel better, and it can make the wedding much smoother.

Are Love And War The Same?

The Best Ways To Say, “I Love You, Daddy”
For Additional Help & Support With Your Concerns
Speak with a Licensed Counselor Today

"My Husband Ignores Me": How to Get the Spark Back

I Don’t Love Him Anymore: Moving On From A Relationship

Can You Be Addicted To A Person? Examples Of Unhealthy Behavior

Loving Someone With Anxiety: 8 Tips To Help Support Your Partner

What Is The Difference Between Polyamorous Couples And Couples In Open Relationships?

BPD And Relationships: How Borderline Personality Disorder Can Affect Connections With Others