Advice Home > Intimacy > Intimacy Vs. Isolation: What They Mean For A Person

Intimacy Vs. Isolation: What They Mean For A Person 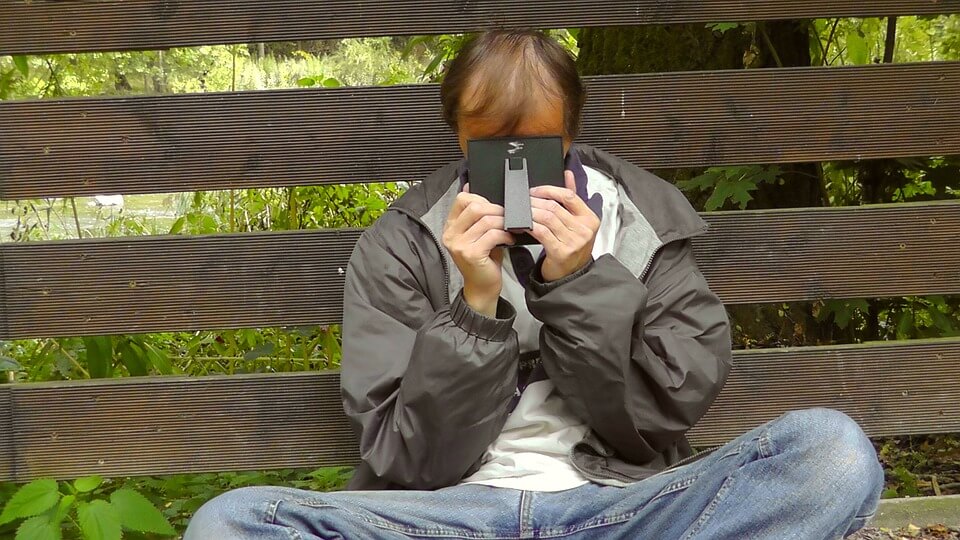 Wondering About The Differences Between Intimacy And Isolation?
Ask An Expert. Schedule A Consultation With a Licensed Therapist Online Now.

If you've never heard of Erik Erikson's theory of psychosocial development, it is quite intriguing. In this article, we'll focus on the sixth stage, intimacy vs. isolation, but we'll also recap what Erikson's theory means.

Erikson was a psychologist who developed his stages of psychosocial development, which chronicles different stages of social needs throughout the individual's life. Erikson believed that all the needs were in a person during birth, but as they developed, the desire to meet those needs surfaced during different stages of a person's life.

Let's break down all the stages.

Trust Vs. Mistrust: The first stage. This stage lasts from birth to around two years, and it involves trusting your parents, and the desire to want to know if they can trust the world. Succeeding will make you more hopeful and trusting of people.

Autonomy Vs. Shame And Doubt: This stage lasts during the toddler years. The child is learning how to be more independent. They can walk, use the bathroom on their own, talk, make some decisions, and so on. The goal is to be independent. Those who aren't may feel ashamed and doubt their abilities.

Initiative Vs. Guilt: This is from around age three to five. The child may be attending preschool and be playing with other kids. Successful play will give them initiative while failing to play, or being criticized, will make them feel guilty. Those who are initiated may be more creative, while the guilty may struggle with life.

Industry Vs. Inferiority: This is around the age of five until preteen years: In this stage, the child is learning to read, write, do the math, and do other tasks that are valued by society. School is no longer about daytime, but instead a place where the child feels challenged. If they succeed, they'll feel ambitious. If they don't do well, they may feel inferior in front of other children and to themselves. 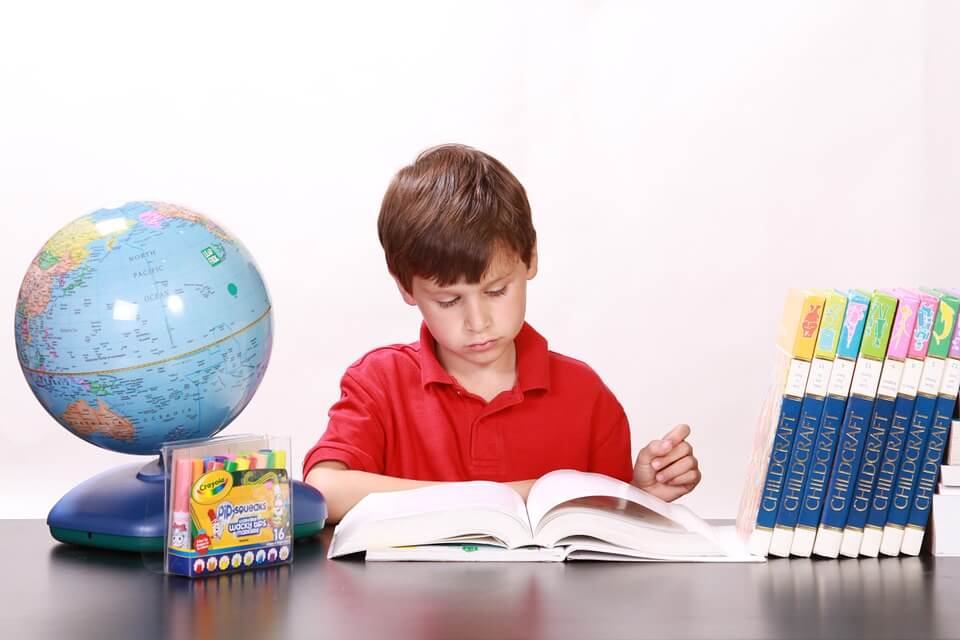 Identity Vs. Role Confusion: We'll discuss this later, but this is the stage during the teen years where the teenager is trying to find their identity. They may experiment with different identities, but they should find themselves, or have a good idea, by the end of their teen years. Failure to do so will lead to feeling confused about the role they have in life.

Intimacy vs. Isolation: We will discuss this stage in a bit.

Generativity Vs. Stagnation: This stage is from middle age until senior citizen. By now, the adult is expected to have a family and a fruitful career. They feel like they're giving back to society as a result. Those who fail to do this feel like they are worthless. By now, they should be married, have children, and a good job, but they don't.

Integrity Vs. Despair: The last stage, which is from senior citizen until death, is integrity versus despair. In that, people question whether or not their life was worth it, and they either feel great, or upset with regret.

Obviously, there are exceptions, but Erikson believed this was generally how most humans saw themselves. You can probably read these stages and relate in some way. Today, we'll look at stage six, which we imagine a chunk of our readers is currently handling.

What Is Intimacy Vs. Isolation?

When it comes to Erikson's theory, intimacy vs. isolation is stage six. This stage happens in young adulthood and may trail off by middle age.

This makes sense. When you're 18, you're probably starting college or thinking about your future. You're no longer in a high school where you can interact with people, so you want to have relationships that can last. You're no longer looking for a lovey-dovey romantic relationship, but instead, one that you can be more intimate with. When it comes to friendships, you want people you can spend a lifetime with and not just acquaintances. You want to build connections to help your career. The list goes on.

Wondering About The Differences Between Intimacy And Isolation?
Ask An Expert. Schedule A Consultation With a Licensed Therapist Online Now.

During the beginning of this stage, the effects of stage 5, identity vs. role confusion, linger. Identity vs. role confusion takes place during the teenage years and involves the teen wondering what their place in life is. They may conform to others to find their place or experiment with different identities. We've all observed it in teens or were once that ourselves. As the stages combine, we are still using our friends as an extension of our identities.

Intimacy vs. isolation peaks at around age 30, which does make sense. At that age, we're still relatively young but are old enough to have hopefully found our place in life, and we want to maintain good relationships with people, whether they be friends or lovers.

Isolated Because Of Intimacy?

If you're a person who loves being intimate with people, you may find yourself isolated because of it. How does this happen? This is due to fears of rejection. If you like someone, you may never ask them out because you're afraid of rejection, and the idea of that person no longer wants to associate with you. There are some who learn to deal with the fear of rejection and can take risks, but there are those who are so scared of rejection, even if the consequences are not that bad, that they'll isolate themselves.

The Feeling Of Isolation

Even if we have friends and loved ones, we've all felt some form of isolation at some point. We feel like no ones like us that we're all alone, and we crave a desire to meet our social needs. The feeling of isolation can make us feel like the world around us is dark, and we may feel anger and angst because of this.

It becomes a bit of a self-destructive cycle. Our attitudes may turn away people from liking us, thus making the feeling of isolation even worse. We all know that one person who is always complaining about life and whose negativity drives everyone away. There is nothing wrong with occasionally being depressed and angrty, but spending your entire life acting this way will just drive those who are interested in being your friends away.

When you think of intimacy, you may imagine a sexual relationship. However, intimacy is more than just that. Intimacy is the feeling of closeness you have towards particular people. You can be intimate with your friends. Ever had a deep conversation or told a close secret to a friend? This is a sign of intimacy. Honesty is another example of an intimate relationship. People need to have others they can be honest with. If you're always playing a character in front of everyone, you can never open up, and this can make you feel isolated.

You've probably known someone who is struggling with this stage. They go through relationships like tissue paper. They may feel jealous of other people succeeding, and their attitudes just make the situation worse. Then there are those who just can't keep friends. They may be too clingy or demanding or have attitudes problems that are unchecked.

Also, in Erikson's theory, a person's inability to keep relationships may be due to previous stages not being satisfied. Those who haven't found their identities may have trouble with relationships. If you don't know yourself and what you want to do with your life, how can you stay committed to other people?

It should be noted that this is general. Some people find their identities later in life, while others may have all their social needs met when they are young. Just because you are still struggling with your identity doesn't mean that you're going to be alone forever. Psychological theories are a good way to figure out the human mind, but every mind is complex, and there are always going to be exceptions to every rule. If you feel isolated and haven't found your identity, don't let this article bring you down; it'll just make everything worse. 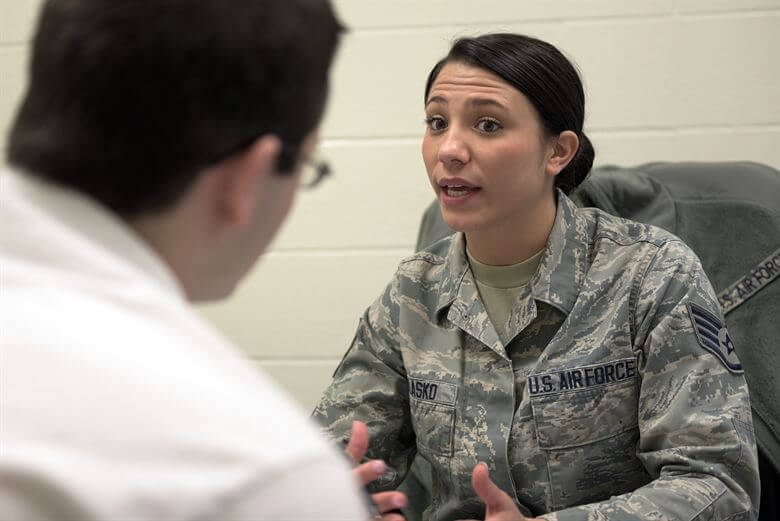 Sometimes, a person needs help figuring out how to be more intimate with others, and there is no shame in having to do this. If you feel like you a professional to help you find your sense of identity, help you complete unresolved stages in your life, or if you just want to learn how to manage relationships and friendships better, seek help today. As we said, there is no shame in doing this. Don't wait until you reach the final stage, where you start to regret everything that you haven't accomplished. Talk to someone today.

What Is Intimacy? Intimacy Definition Dealing With A Lackluster Sex Life? Here Are Some Fun Sex Tips To Bring Back The Excitement!

10 Fun Ideas To Spice Up The Bedroom

Intimate Sexuality: Why Having A Close Sexual Bond Matters In Your Relationship