Advice Home > Friendship > The Best Quotes About Friendship To Live By

The Best Quotes About Friendship To Live By 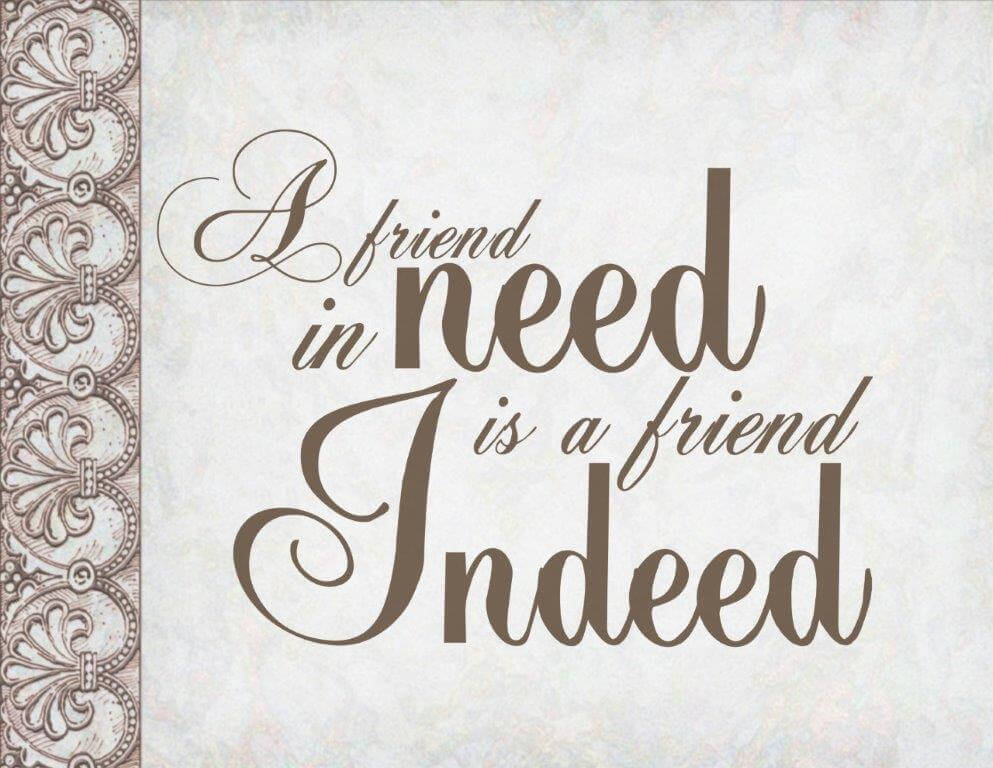 Friendship is something you should cherish for a long time. Whether they're your childhood friend, a casual drinking buddy, a work friend, or a friend who is now long gone, your friends stay in your heart. As such, there have been many quotes about friendship that tell it like it is. The joys, bumps, and changes in friendship are just a few examples you'll run into as we look at the best quotes out there, along with some extra commentary.

"Friendship is born at that moment when one person says to another: 'What! You too? I thought I was the only one."- C.S. Lewis

Many friendships are started because of one mutual thing in common. Whether it is a belief, an interest in a certain hobby, or anything else that can break the ice. Common interests make friendships. You may not agree with everything when it comes to your friend but having that one similarity in common is a rarity. It was especially rare in Lewis's time. Before the Internet, it was hard to find someone who shared the same interests.

"Nothing makes the earth seem so spacious as to have friends at a distance; they make the latitudes and longitudes." - Henry David Thoreau

They say it's a small world. Whoever said that must not have long-distance friendships. Again, this is a big phenomenon on the internet. We can make friends all across the globe, and it seems like the best friends are those who live far away. How many friends do you have in which you can imagine the two of you having a great time together, if only you lived closer? And when you do manage to meet, it's the best time of your lives.

"I would rather walk with a friend in the dark, than alone in the light."- Helen Keller 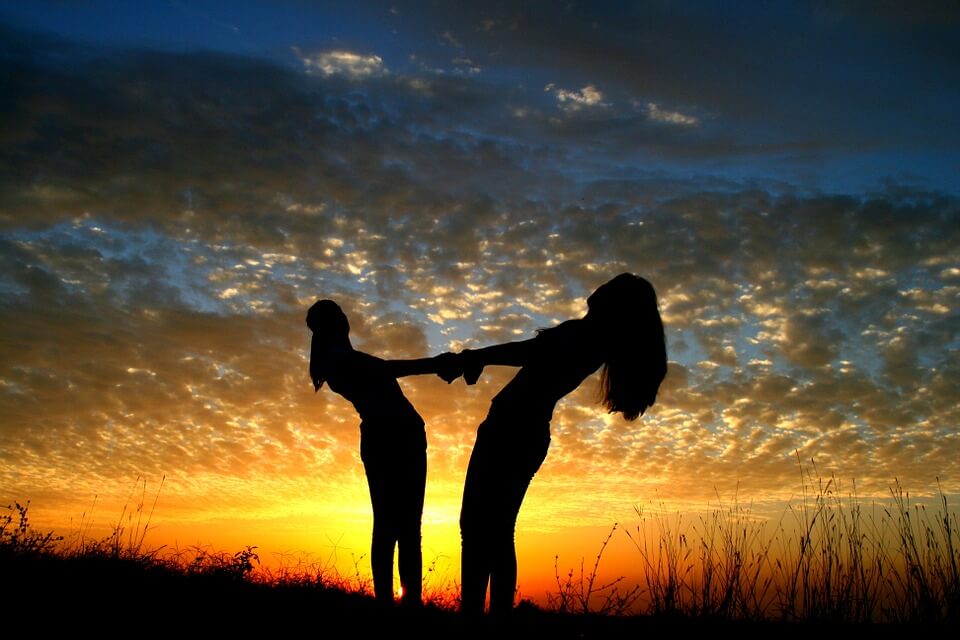 Even when the waters are calm, it can be boring if you're sailing alone. Sharing the experience with someone else, even if the waters are dangerous, is much more fruitful in the end.

"Friendship marks a life even more deeply than love. Love risks degenerating into obsession, friendship is never anything but sharing." - Elie Wiesel

This is debatable depending on who you love, and if that love is returned. Also, some friendships can lead to obsession. However, it is much less likely, and that makes it a quote you can think about and ponder.

"Find a group of people who challenge and inspire you; spend a lot of time with them, and it will change your life." - Amy Poehler

We want a friend who won't hold us back in life, but instead make us want to go into life with our weapons raised. A good friend is one who will do this and much more. They'll encourage you to reach your goals, even if it means a lot of work. They'll be the ones who will make you want to reach a goal, too.

This will depend on the friendship, but some friends get upset if another becomes successful, or they'll just use that friend for their gain. True friendship will go beyond financial boundaries.

"Wishing to be friends is quick work, but friendship is a slow-ripening fruit."― Aristotle

True friendship takes a lot of time to work really. You may get along at first, but time will determine if the friendship is meant to last. You'll see each other's flaws, and then figure out if the two of you want to continue with the friendship. Good friends survive the test of time.

"Lots of people want to ride with you in the limo, but what you want is someone who will take the bus with you when the limo breaks down." - Oprah Winfrey 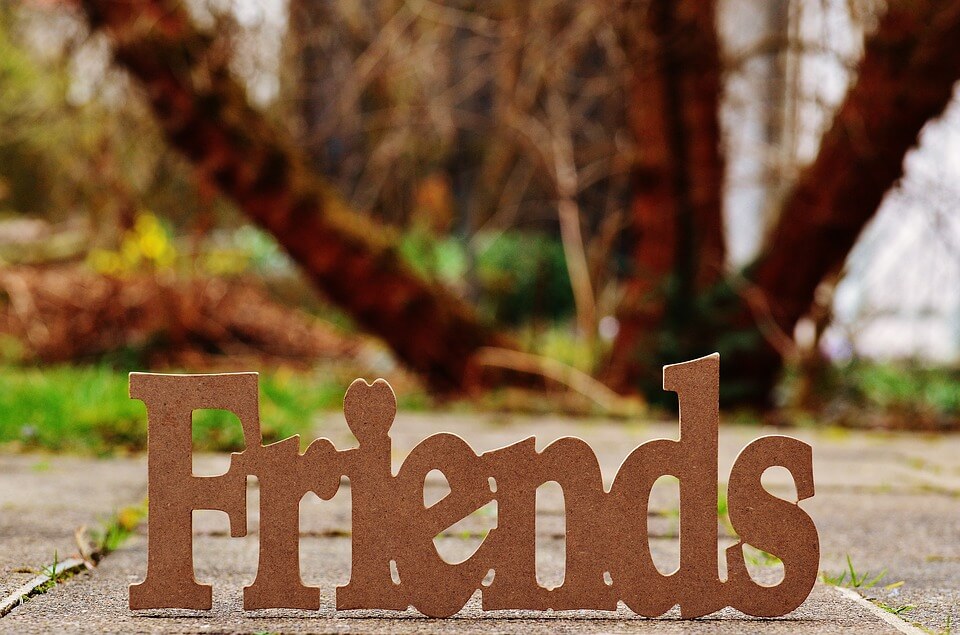 Oprah can deliver some wisdom, and this is one good example. We've all had to face fair-weather friends. Those who are your best friends until something bad happens in your life, and then they're nowhere to be found. A good friendship will be one in which they'll try to help you through those tough times. You're not obligated to do everything for them; sometimes, they have to figure out things on their own. But if they need someone to talk to, you'll be there.

"Friendship is delicate as a glass, once broken it can be fixed, but there will always be cracks." - WaqarWaqar Ahmed

You and your friends are going to get into fights, and maybe you two will break it off for a bit. Fortunately, your friendships can be repaired; in fact, most friendships are going to go through some tough times. However, even though you may have buried the hatchet, there are still hatchet marks. Some will see that as a wound that never fully healed, while others will see it as battle scars of a tested warrior. It's up to you to decide which one it is.

We've all had that one friend who ended up not being your friend. They may not have been evil, but they were lying, flaky, and maybe they talked behind your back. It hurts knowing that who you thought was your friend was not, but it's a trial of life we must take.

"A strong friendship doesn't need daily conversation or being together. As long as the relationship lives in the heart, true friends never part."- Anonymous

While you should communicate with your friend, a good friendship is not high-maintenance. You can go for a while without talking to each other. You shouldn't feel like you have to talk to your friend every single day. You should still hit them up, though, when you feel like it's been a while. 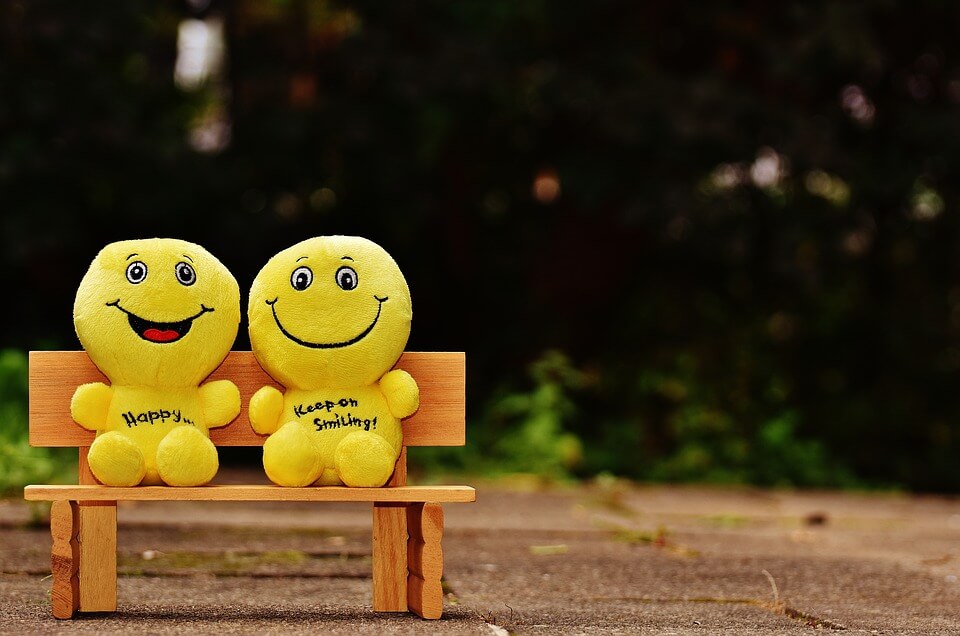 "We'll be friends 'til we're old and senile. … Then we'll be new friends!"- Anonymous

A good friendship is one where the two of you can live on the bright side of things. When you grow old and gray, your experiences can feel new. This quote can also apply to rekindling friendships, where you've been away for so long that it practically feels like a new friendship.

"The most beautiful discovery true friends make is that they can grow separately without growing apart." - Elizabeth Foley

The sad truth about life is that you're probably going to see your childhood friends less as you grow older. Jobs, school, children, and moving all play a part. We have life commitments, and it's not like when you were teens and could do anything with ease. However, when you and your old friend do have a chance to meet and catch up, it's like they never even left.

"Some people arrive and make such a beautiful impact on your life, you can barely remember what life was like without them." - Anna Taylor

We all have certain people or events in our lives where we find it hard to fathom that there was a time when we didn't have them. A good friendship is the perfect example. If you look at your friend and imagine a bleak reality where you didn't meet them, then that's a good friendship.

"The only way to have a friend is to be one." - Ralph Waldo Emerson

This is perhaps the most important rule of all in friendship, and it's the most overlooked. Some people think friendship is a one-way street, but it's not. You can't expect a one-way friendship where one friend is putting in all the work. That friend will become frustrated and eventually give up on you. However, if the two of you both put in the effort, then the friendship will last a long time.

Are Friends Online As Legitimate As Real-Life Friends?