Advice Home > Attachment > What Is Attachment Therapy, And How Does It Work?

What Is Attachment Therapy, And How Does It Work?

"Attachment Therapy" is a term that's sometimes used inconsistently by researchers and therapists. Sometimes, it means a practice that's cooperative and beneficial to both parents and children. Usually, though, it refers to a controversial program that may harm a child, damage family relationships, and provide very little help. 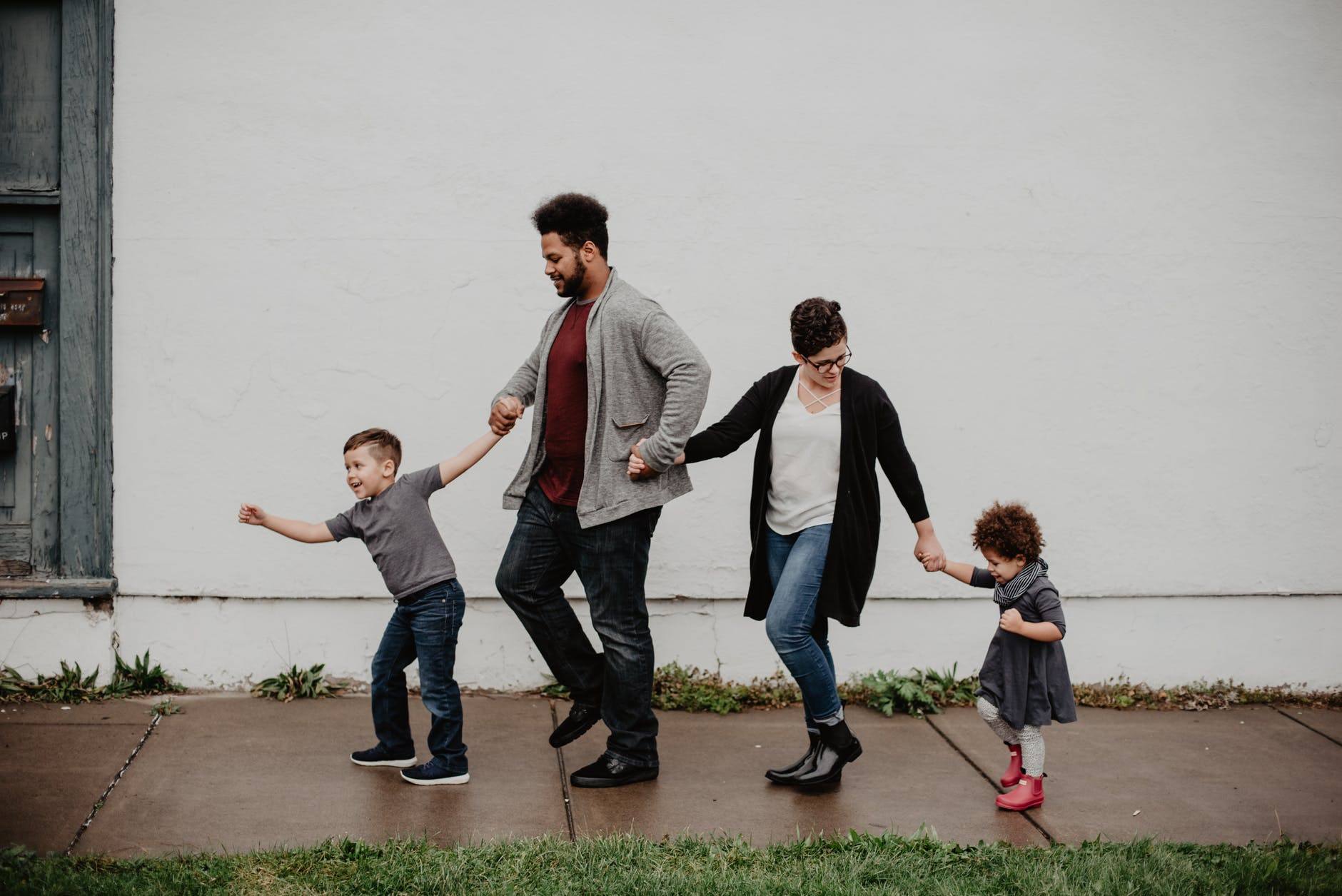 Need To Learn More About Attachment Therapy (And How It Works)?
Learn More Now. Chat With a Licensed Therapy Expert Online Today!
This website is owned and operated by BetterHelp, who receives all fees associated with the platform.

What Is Attachment Therapy, Anyway?

Attachment therapy is a type of program that promises to treat children suffering from reactive attachment disorder. It's intended to force these children to express rage coming from early mistreatment from their caregiver. The goal is to release blocked emotions so that the child will behave according to the parents' wishes. It's often pushed for adopted children.

Attachment-based family therapy encourages a cooperative relationship between parents and children. It deals with emotions in a supportive environment and helps family members trust each other more. Its focus is on repairing relationships to meet the attachment needs of adolescents by fostering better caregiving by parents.

What Is Reactive Attachment Disorder?

Often, though, despite conducting only limited histories, therapists diagnosing the condition tend to go farther than necessary to prove their point. They've often reported extreme behaviors, such as tearing heads off puppies or fire-setting. 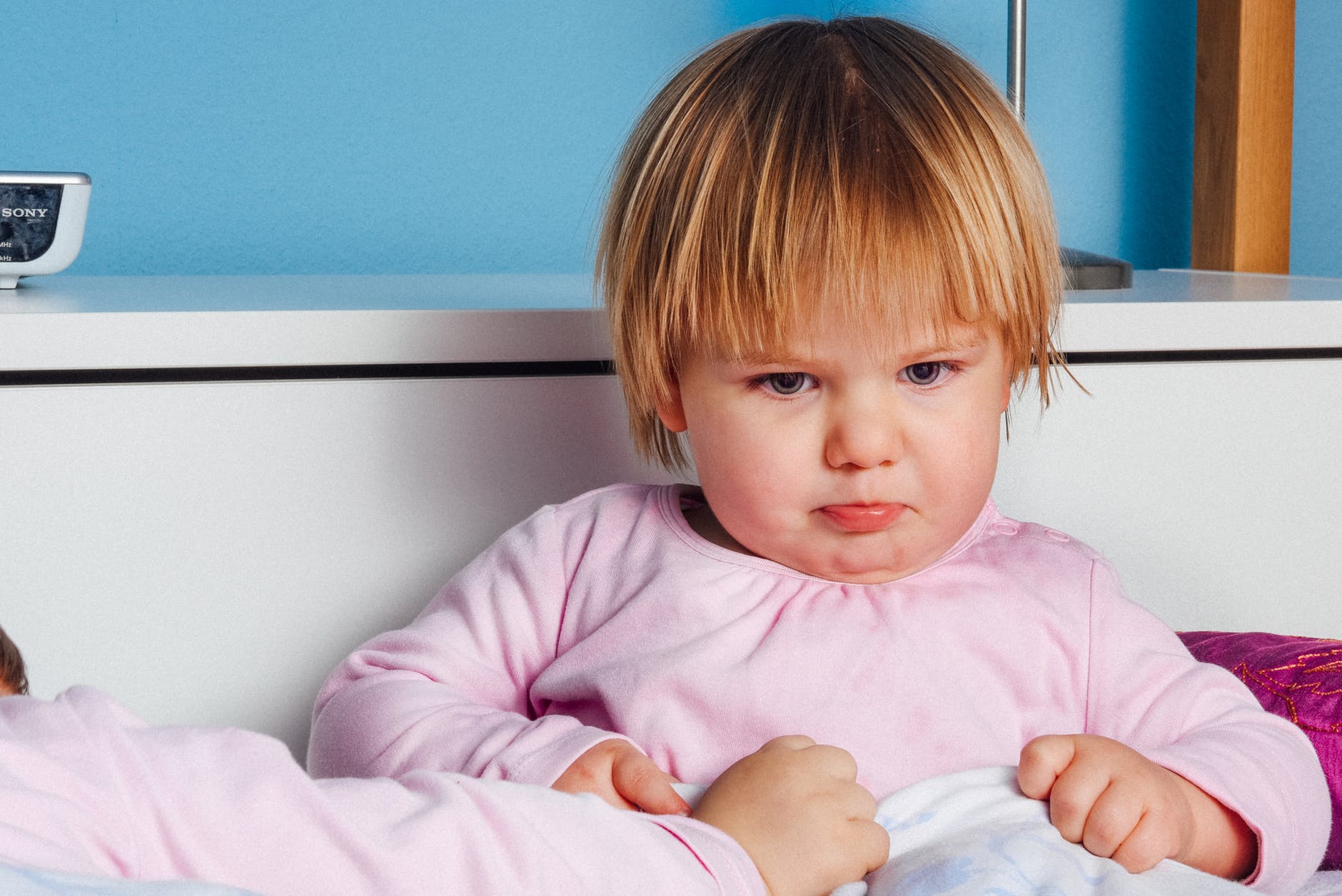 Therapists have tried to create a reliable test for determining if a child has a reactive attachment disorder. First, a checklist was developed. This checklist was remarkably similar to checklists for sexual abuse. Parents' responses were judged regarding how the child's behavior affected them. The children's responses were evaluated regarding their bad behavior.

This first checklist was considered lacking in validity, and the Randolph Attachment Disorder Questionnaire (RADQ) was created to diagnose "attachment disorder," a condition which was assumed to include RAD as well as features of conduct disorder and oppositional defiant disorder. This diagnosis is not in the DSM-IV.

Research showed that the RADQ was valid. The only problem was that only people associated developing the test researched it. Also, the study setup didn't meet normal research standards.

Attachment therapy techniques seem bizarre to most people unfamiliar with them. Attachment therapists claim they're necessary and beneficial, but there's little evidence to prove that. The two main techniques that happen in therapy are holding and rebirthing.

Attachment therapists differ on their opinions of when holding therapy should be used. Some say parents should do it one hour every day, even for normal children. Others only use it in therapy for children with RAD. Still, others say it should only be used in extreme circumstances where other techniques have failed.

Rebirthing is an attachment therapy technique that was proven dangerous when a child died during treatment. The child is wrapped in a blanket, covered with pillows, and held down or leaned on by full-grown adults.

The child must struggle to get out of the blanket despite the adults trying to prevent it. This is supposed to create a new birth experience from which the child can start over and get a second chance at forming their first, crucial attachment.

Not all attachment therapists use this technique. However, it's used often enough to be a concern for parents and children. 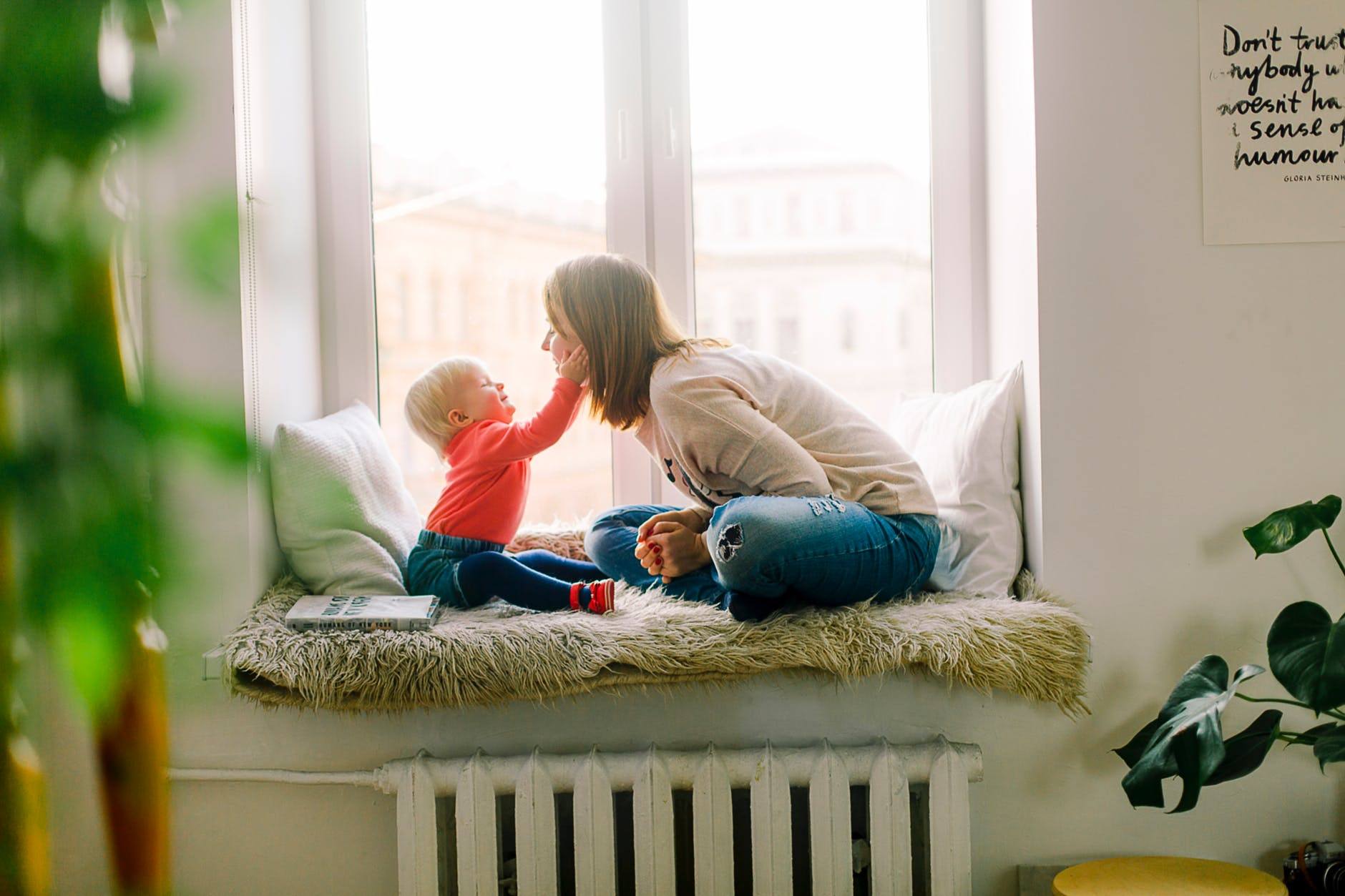 Need To Learn More About Attachment Therapy (And How It Works)?
Learn More Now. Chat With a Licensed Therapy Expert Online Today!

This technique is like a boot-camp for defiant children. Children are subject to compliance drills, along with other AT parenting techniques listed below.

Attachment therapists expect parents to take an active role in AT. They're taught parenting techniques that are questionable at best. The therapist instructs them on how and when to use these techniques at home. They are sometimes used in therapeutic foster parenting, but even then, the parents are expected to learn and use them when the child is in their home again.

Adults are expected to exert "total adult control" over their child. The child doesn't get a choice in anything. This targets not only destructive behaviors but also any behaviors that are different from what the parent prefers.

Therapists teach parents to withhold information for their child during everyday activities. This technique is considered essential to total adult control. When the child doesn't know what to expect, presumably they have no choice but to follow the parents' lead.

In some cases, parents are advised to withhold food or limit it to "train" their child. This harks back to behaviorism and classical conditioning. The idea is that the child will do what the parent wants them to when they get hungry enough. Attachment therapists have sometimes called this technique "German Shepherd Training."

Strong sitting is an attachment therapy technique that involves forcing the child to sit on the floor with legs crossed and hands folded at the chest for up to two hours or even more. Some therapists claim this is used because it's a good position for thinking and meditating. Others treat it as a form of punishment for disobedience as well as a training technique.

Parenting techniques in attachment therapy are designed to "break the child," much as one might break a horse. AT assumes that if you break the will of the child, they will accept the parents' authority and become obedient and pleasing to parents. AT fails to acknowledge what this might do to the child. The focus is on what works for the parent. 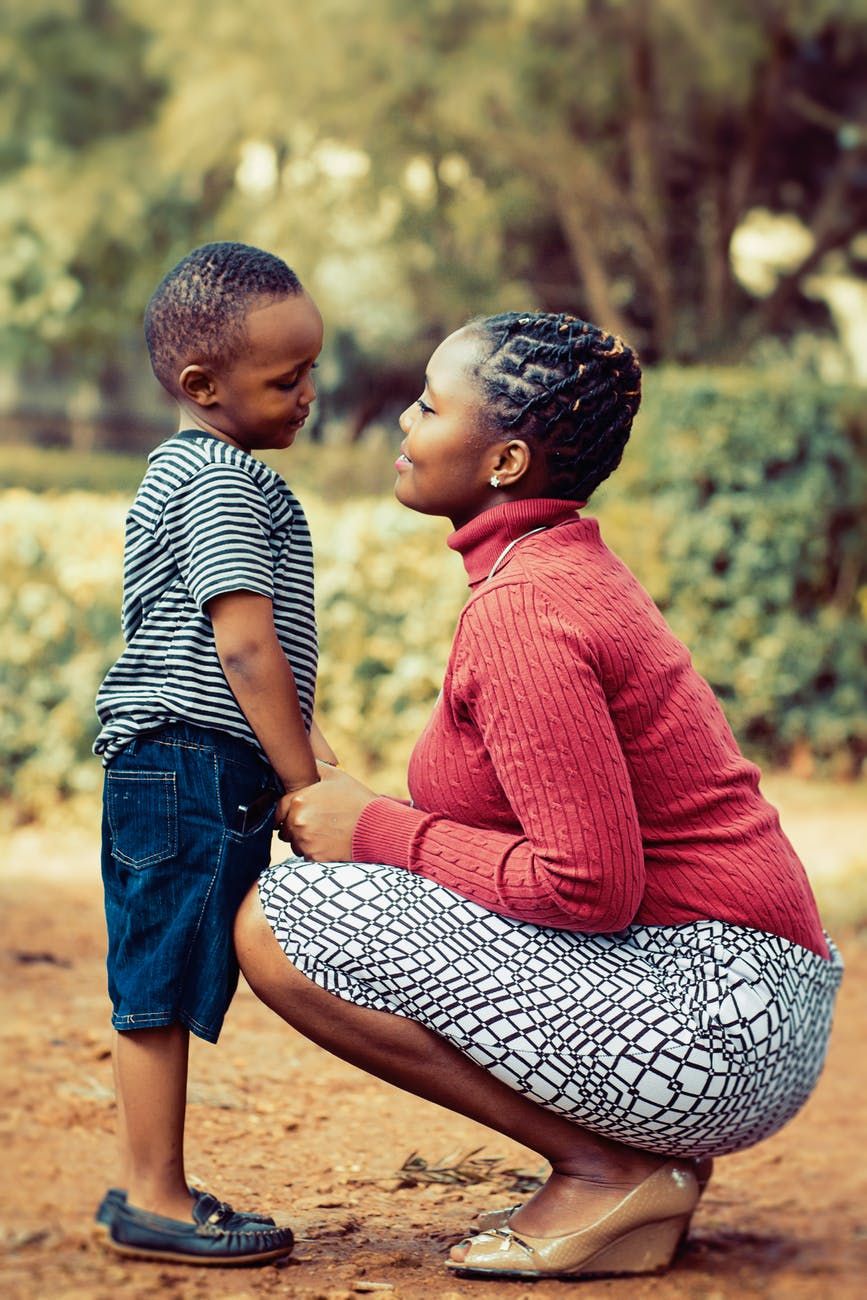 Along with these restrictive techniques, attachment therapists teach parents to conduct daily infant caregiver sessions, usually for 1 hour per day. The parent holds the child, feeds them, rocks them, hugs and kisses them, gives them sweet treats, and attends to them as they would for an infant. The parent does this when they want to, but never when the child requests it.

Does Science Back Up Attachment Therapy?

What little research there is on attachment therapy claims to prove it's an effective treatment. However, there's been little or no independent research on the subject.

The research that has been done was conducted in a commercial setting rather than an academic one. Several scientific errors mark this research. This is true of many aspects of the research, including study design, statistical analysis, and recruitment of subjects.

So far, it appears that attachment therapy is an unproven technique.

Because of the physical force adults use on children in attachment therapy, accidents can happen. One of the most startling was the death of a girl during a rebirthing experience. The girl couldn't get free of the blanket. The therapists were so focused on holding her down, yelling at her, insulting her, and preventing her from escaping that they didn't even notice that she had suffocated and died inside the blanket.

This incident prompted Colorado lawmakers to create Candace's law, a ban on rebirthing therapy in the state. However, the ban is only for the state of Colorado.

In addition to the negative physical consequences that can come from attachment therapy, many convention therapists are concerned about the emotional damage these techniques can cause.

How Is Attachment-Based Therapy Different? 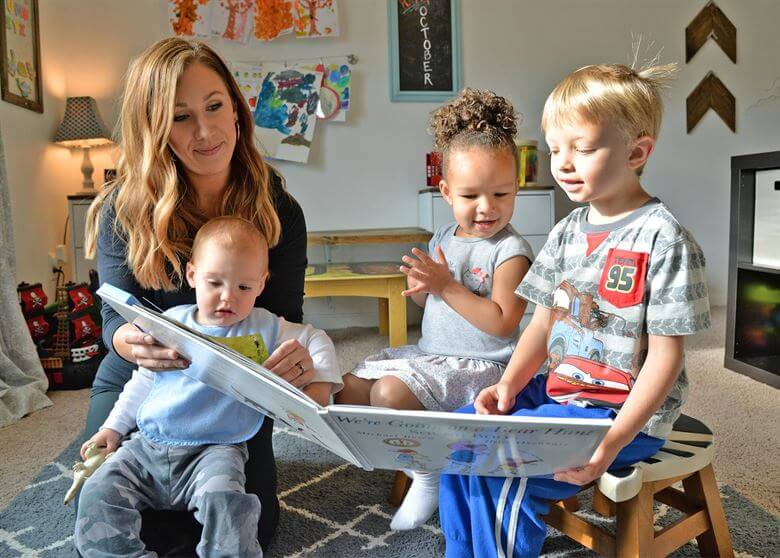 Bowlby's work, as well as the work of his immediate successors, was focused on making life better for children first. Later, his successors began trying to find ways to help the parents of these children, but the ultimate goal was to heal the adult so that they could be more helpful to their child.

There's abundant valid research on attachment-based family therapy. Many well-constructed studies show the effectiveness of this therapy for children struggling with depression and anxiety. The studies examined different aspects of attachment-based therapy.

There's nothing at all in attachment-based family therapy that's inherently dangerous. Therapy is gentle, not aggressive. No dangerous incidents have been reported, and due to the nature of this therapy, it's unlikely that they will be.

The first area of ABFT techniques is relational reframes. Relational reframe techniques are designed to shift the focus of therapy away from dealing with the symptoms that prompted treatment. Instead, rebuilding family relationships so that they're securer and more trusting becomes the goal. This sets the stage for the child feel understood and cared for and the parent to realize their failures in caring for their child's needs.

A primary emotion is the feeling you have about an event, person, place, or object. Primary emotions are strong. Minor events can sometimes trigger them. They have a biological component in that they put your body in alert mode, ready for fight or flight.

In attachment-based family therapy, the focus is on the primary emotion.

Corrective attachment experiences offer a means to tap into the natural, biological attachment system that everyone has within them. During talk therapy, the counselor may notice when an attachment issue comes up for the child.

The therapist uses attachment behaviors, such as positive eye-contact, to help the child establish a bond with them as their counselor. When the child responds positively, the therapist explains what just happened so the child can understand that they do have the capability to form attachments.

As the child recognizes how attachments are formed, they're also learning attachment behaviors. Some corrective attachment experiences can also happen between the children and the parents. When they do, the therapist points out how it worked and how they benefitted from it.

Attachment-based family therapy can also use holding, but it's different from the holding therapy in AT. The holding for ABFT is gentle, loving cuddles and hugs that give the child freedom to accept the attention as they wish. 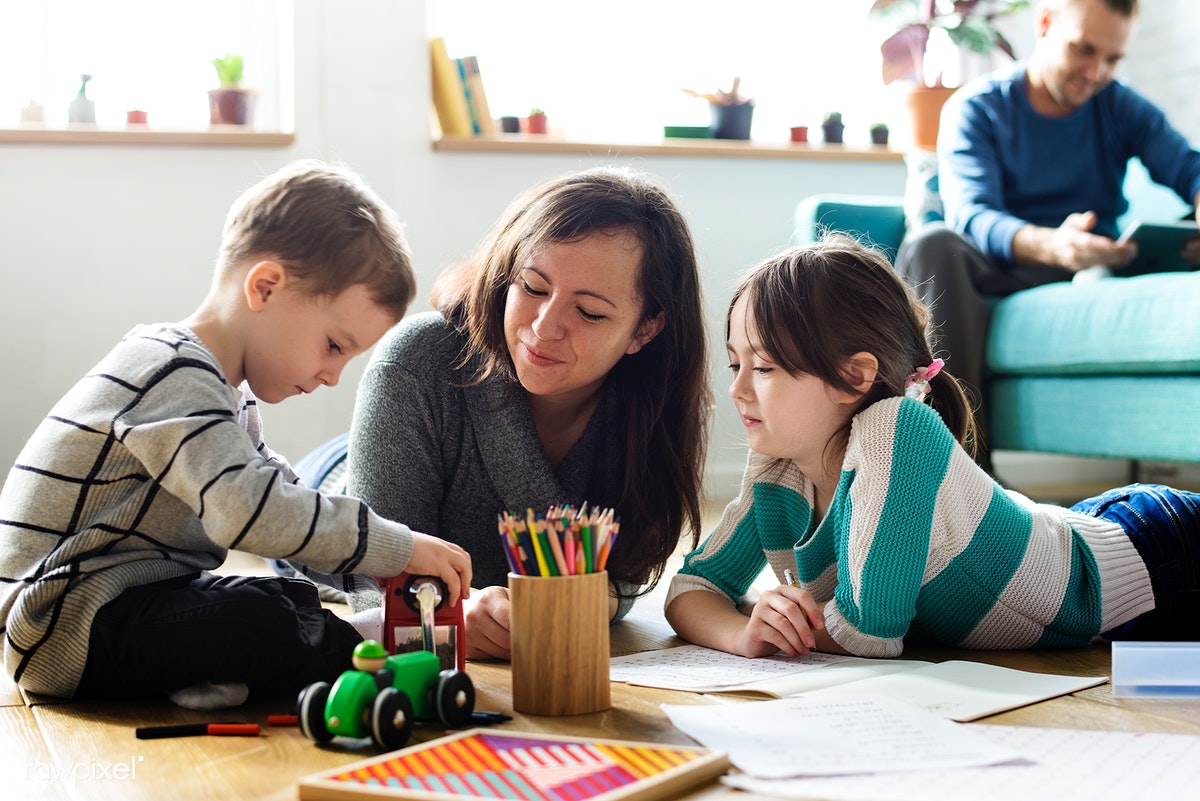 If you're concerned about your child's behavior and suspect they have an attachment disorder, what should you do? The truth is that attachment disorders are too serious and complex to try to handle on your own. You need a therapist to guide you through the process.

You can talk to a licensed counselor at Regain.us on your schedule and from whatever location is convenient for you. Online therapy is simple and affordable. You can discuss whatever mental health issues you're having, knowing that your sessions are completely private.

Attachment issues may not be easy to correct on your own, but with the right help, you and your child can form a healthier bond that benefits you, your child, and society as a whole.

What Is Non-Attachment, And How Can I Learn It?

How To Overcome Insecure Attachment
For Additional Help & Support With Your Concerns
Speak with a Licensed Therapist Today
This website is owned and operated by BetterHelp, who receives all fees associated with the platform.

Reactive Attachment Disorder (RAD): Diagnosis, Cause And Treatment How To Foster A Secure Attachment Style In Your Relationship I Hate You, Don’t Leave Me: Attachment Disorders To Watch Out For How Do I Stop Feeling Like People Don’t Like Me? Wondering How To Make Him Worry About Losing You? Attachment Anxiety: What It Is And How It Affects Your Relationships
The information on this page is not intended to be a substitution for diagnosis, treatment, or informed professional advice. You should not take any action or avoid taking any action without consulting with a qualified mental health professional. For more information, please read our terms of use.