Advice Home > Psychology > What Is Repression? Psychology, Example, And Causes And Effects

What Is Repression? Psychology, Example, And Causes And Effects

Most of us at one point or another have pushed away uncomfortable memories intending to deal with them at another time. In the short-term, this can be considered natural, mature emotional behavior to protect ourselves from unpleasant feelings or intense negative emotions.

However, some individuals have buried those memories so deep within themselves so and so frequently that a neurosis develops, and can even extend to a high level of amnesia. This psychological process is called repression, also known as motivated forgetting or dis-associative amnesia, and is a type of defense mechanism which plays a key role in the theory of psychoanalysis. 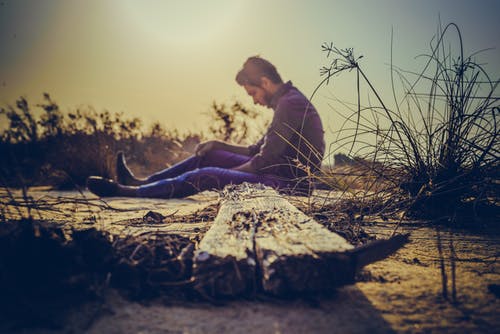 Repression is a psychological attempt to unconsciously forget or block unpleasant, uncomfortable or distressing memories, thoughts, or desires from conscious awareness. They are directed into areas of the subconscious mind that is not easily accessible and results in the person being completely unaware of its existence.

It is important to note that repression is more complex than trying to avoid or forget about something; that is called suppression. Although they are easily confused, repression and suppression are two different things. Repression is an unconscious forgetting to the point that they do not know it exists, whereas suppression is a deliberate and purposeful pushing away of thoughts, memories, or feelings out of conscious awareness. Both have negative effects on the human psyche and relationships, with one study revealing that suppression is associated with lower life satisfaction and lower academic satisfaction.

If repression were to be successful, then the anxiety or guilt would disappear, and there was no possibility of acting on it. But, as much as a repressor tries, those memories and impulses do not disappear and will affect their behavior and relationships in significantly negative ways.

Sigmund Freud originally developed the concept of repression as part of his famed psychoanalytic theory. As a definition, Freud believed repression to be the unconscious prevention of dangerous drives or impulses, which would lead to unacceptable behavior.

Freud, with difficulty, tried to help his patients to recall their past and consciously bring them to awareness. He found that there was some mechanism at work which prevented that from happening. This intense struggle led Freud to give the name 'repression' to the hypothetical process.

Freud believed repression played a crucial role in the human psyche and was the most important defense mechanism, declaring that the concept is "the corner-stone on which the whole structure of psychoanalysis rests." His entire theory was built on it; he firmly believed that bringing unconscious thoughts into awareness could alleviate psychological distress. 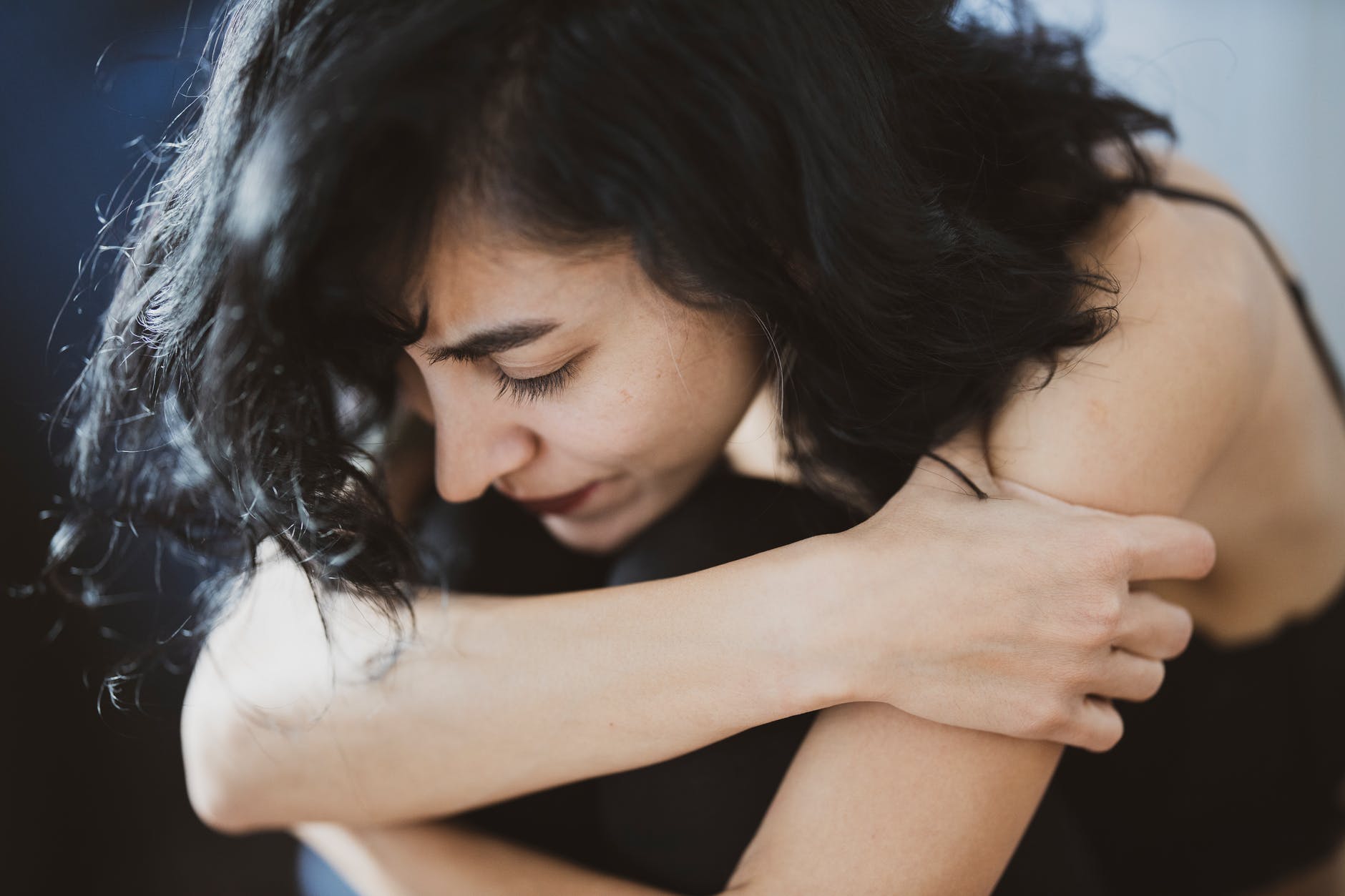 Psychologists often refer to repression as the blocking of painful memories, and not as the censoring of forbidden impulses as Freud originally meant it.

Repressed memory therapy is controversial, with therapists utilizing hypnosis to retrieve repressed memories of sexual abuse in the late 20th century. However, it was found that in some cases, the abuse never occurred, which led to the idea that people are highly suggestible when under hypnosis.

Mainstream psychologists believe that repressing memories is not common and quite rare.

How Is Repression Caused? 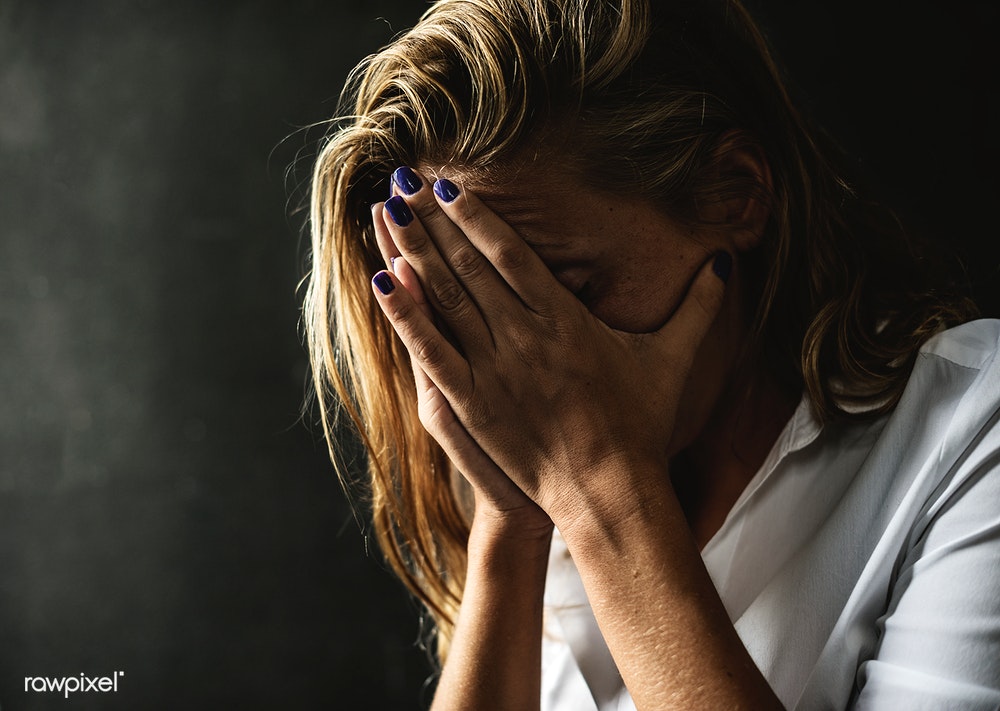 Repression can occur after a traumatic event. Individuals who have been through psychological trauma can experience a numbing that involves blocking out the memory or feelings associated with the event. On the other hand, traumatic events have been known to strengthen the memory of the incident, causing the individual to relive it over and over again in vivid memory.

A person may also use repression because of sexual or aggressive thoughts and impulses that they want to hide into the unconscious mind to prevent feelings of guilt.

What Are The Effects Of Repression?

Forcing threatening and disturbing thoughts or impulses into unconsciousness results in a myriad of problems, but a repressor may not know where these behaviors come from as the reason is hidden from conscious view. Some signs are worth noting to detect whether or not a person is repressing.

Repression leads to intense anxiety, pain, dread, and psychological distress. Neurotic symptoms develop from it, resulting in a distortion from reality and behaviors that are dysfunctional, illogical, and self-destructive.

It can manifest itself in vivid dreams that express the fears, anxieties, and desires a person is keeping hidden from awareness. Indeed, Freud is widely known to believe that dreams are a way to look into the unconscious mind.

Manifestations may occur in slips of the tongue, also known as 'Freudian slips.' This is an error in the speech where a person says something different than intended. Freud believed that errors in physical reactions, speech, or memory were a result of repression and ultimately reveals what a person truly thinks or feels. Repression can emerge in physiological ways, with reports in the past linking repression to a higher risk for asthma and illnesses. A study by the Stanford University School of Medicine of 120 managers and engineers at an aerospace company found that the repressors had a higher blood pressure than non-repressors. Another study by the Yale School of Medicine found that in the 312 patients treated there, repressors were more prone to infectious diseases as they had lower levels of disease-fighting cells, and if they did get sick, they were more likely to wait too long to seek help.

Despite physiological reactions, repressors tend to ignore these signs. This behavior is believed to originate from their childhood upbringing. If a parent was neglectful or abusive, the child might go into survival mode by repressing their intense emotions to appear well-behaved.

Furthermore, repression leads to a decrease in the quality of relationships. Gary E. Schwartz, professor of psychology and psychiatry at Yale Medical School, said in a 1988 article in The New York Times, "As adults, repressors tend to be overly concerned with meeting other people's needs. They are very dependable and often very successful. But their marriages do poorly because they are unable to engage emotionally in intimate relationships."

It is clear that repressing takes a significant toll on mental and physical health, but those who do may still contain their cool. "Repressers tend to be rational and in control of their emotions. They see themselves as people who don't get upset about things, who are cool and collected under stress. You see it in the competent surgeon or lawyer who values not letting his emotions shade his judgment," explains Daniel Weinberger, a psychologist at Stanford University.

This is not to say that regression cannot be effective in some ways in the short-term; one study found that using a repressive coping mechanism led to less depression in lung cancer patients. However, it has largely shown to have detrimental effects on a person's well-being in the long-term, and the higher the repression, the higher the anxiety or dysfunction.

It is worth noting that even if repression does exist, it does not mean that there is a mental disorder underlying it.

A dog in childhood bit an individual. This develops into a phobia of dogs, but the person does not remember where this fear originated from.

An individual who has been in a car accident does not remember the event and develops a fear because of driving without knowing where the fear stems from.

An individual who suffered childhood abuse has no recollection of it as an adult but has difficulty forming healthy relationships.

An individual has a Freudian slip, saying, "I'm in love with Mark," her ex-boyfriend when she meant to say the name of her current one.

Repression is a coping device that has helped an individual survive a tough situation, but in many cases, only brings disruption to their current health and relationships. In finding a safe space and talking to a trusted person, they can uncover their trauma and learn to rebuild their inventory of emotions.

Because the repressed material is not available for an individual to access, seeking help from a licensed mental health professional is perhaps the best way to approach repression. Freud was himself focused on bringing those unconscious impulses into awareness so it could be consciously dealt with.

Psychotherapy and other therapeutic approaches may be an effective way of treating repression and seeks to gradually uncover repressed thoughts, fears, and memories back to the surface of consciousness. They may do this by examining the repression through the afflicted's dreams. Effective therapy will reduce feelings of anxiety around the repressed memory or impulse, and help the repressor experience the anger or sadness they need to feel to process the incident.

Although it has some negative effects, repression is not "bad"-it is simply a coping technique whose goal is to help an individual survive trauma or threat. However, if a person identifies with the effects of repression above and is experiencing debilitating anxiety, behaviors, and physiological problems, it is worth seeking the help of a psychologist who can help them alleviate distress and take that first step toward change.

I Can't Find A Psychologist Near Me: What Are My Options?

What Is Gaslighting? Psychology, Effects On Relationships, And Treatment
For Additional Help & Support With Your Concerns
Speak with a Licensed Counselor Today