How Can I Stop My Spouse From Having Narcissistic Rage?

Narcissistic injury, also called narcissistic scarring, was first noted by psychologist Sigmund Freud in the 1920s. Freud saw that a narcissistic injury occurred when a narcissist experiences a situation that counter-argues their beliefs about themselves. This wound or attack that threatens their firmly held set of beliefs would then elicit a violent outburst of anger. Freud called this outburst narcissistic rage.

The cause of narcissistic rage has been linked to a combination of prior experiences. Most psychologists feel that Narcissistic Personality Disorder (NPD) is linked to unmet needs in a child’s early developmental stages. It is also connected to an environment where no validation and highly sensitive temperament were noted.

This is likely since rage is a primitive and emotionally immature child-like expression of unmet needs. The lack of validation combined with unfulfilled emotional needs in childhood leads to relationship styles that are controlled and driven by triggered and fragmented reality. NPD, Narcissistic Personality Disorder, is considered a cognitive disorder because it continually reminds people of past unresolved conflicts that are subconsciously present. If you or someone you love is living with NPD, an online therapist can help you navigate a healthy lifestyle.

People call others narcissists all the time without contemplating the meaning of the word. Most of the time, people that may seem self-obsessed or have elevated self-esteem aren’t truly narcissists according the Diagnostic and Statistical Manual of Disorders.

Narcissism is one of the personality disorders, a classification of mental disorders. People with npd have a sense of grandeur. They are in love with this inflated self-image and work to maintain it. However, most narcissists feel deeply insecure underneath this false sense of self. They require a narcissistic supply of attention and praise or positive feedback.

Narcissists, or people with npd, can often be highly functioning and intelligent. However, there are other factors about their behavior that make it difficult for them to function in normal society. It might be difficult to hold down a job due to inability to work and collaborate with other people successfully. It could also be challenging to maintain a relationship, particularly romantic relationships. Narcissists also tend to attract a certain personality type, such as people-pleaser or empathetic people that might not recognize their behavior as narcissistic at first.

However, there are other factors at play that create diagnostic and clinical challenges for people with ndp. They do not often express a desire to change their behavior or seek treatment options. People with npd are getting certain needs met by holding to their grandiose sense of self, and it takes a lot for them to see that and want to change. However, some peer-reviewed studies in the social psychology field have discovered that narcissists have more self-awareness than previously thought. Medical reviewers learned that people with npd can acknowledge that others may not see them as positively as they see themselves.

If you are not sure if your partner, a family member, or another person has npd, there are some signs that can help identify it:

Narcissistic rage is one of the many signs of a narcissists. However, not everyone that experiences rage from time to time has a personality disorder.

The majority of people have several levels of emotions before they reach “rage mode.” For the average person, rage does not occur often. However, for narcissists, outrageous outbursts and rage are a regular occurrence. They typically do not go through the seven layers of emotions and quickly jump from stress to rage on the drop of a dime.

Psychiatrist Adam Blatner defined the seven layers of anger. They are:

Again, a narcissist does not go through the seven steps, as outlined above. This is because the foundation of narcissism is having an inflated opinion of oneself, which causes them to have uncontrollable outbursts and rages.

Think of two toddlers who are each playing with a toy. A third child comes up and takes both toys away from the toddlers who had them first. One of the toddlers gets frustrated but gets up and picks out another toy to play with and is once again content. The other toddler gets extremely mad, cries and screams, and throws a tantrum.

The first toddler would be the average person; they get annoyed when things don’t go their way, but they get over it and move on. The second toddler describes a narcissist who doesn’t get upset but starts demonstrating discontent with outrageous behaviors and rages. The second toddler is not easily consoled unless they immediately get their toy back; they got their way, and the rage dissipates.

However, toddlers are still young and learning to control their behavior. Not all angry outbursts as a child should be of concern. They are a normal part of growth. But we expect adults to have learned basic coping skills and be able to control their impulses to a healthy degree. If they are unable to control anger and it is accompanied by an inflated self-image, it may be a sign of mental health conditions.

Narcissists tend to overcompensate concerning their emotional responses. They let everyone know they are not happy with a situation. The action is not to look like a bad person but rather to protect themselves from self-perceived shame and pain. Ironically, rage is shameful and painful for all who witness narcissistic behavior.

What Should I Know About NPD Rage?

When your partner has a narcissism-type rage, it can be upsetting and scary. A spouse with NPD often seems to scream at the slightest inconveniences, has an attitude about everything, and acts like the world is against them.

The truth is, for them, they feel as though they are personally attacked and go into defense-mode. Rage is often a protection mechanism against past pain, rejection, trauma, or abandonment.

The reaction to these feelings is to yell, mumble profanities, scream, break things, physically threaten or actually harm others, and anything else the helps them to feel in control of the situation. While the rest of the world perceives their behavior as being out of control, these actions feel as if they control what takes place for someone who has NPD.

It is not uncommon for those with narcissism to self-harm, either. Those with a narcissistic personality disorder often cut themselves; burn or scald parts of their body; bang their head or other body parts against the wall, or stab themselves. While these actions seem intense and scary, most of the time, narcissistic self-harm is done in a controlled manner; they don’t want to die; they want to stop hurting.

How one can stop hurting by hurting themselves may be hard to understand, but there is a difference between being hurt by someone else and being hurt at your own hand. Again, it comes down to control.

It is often viewed as a two-layer problem:

This two-layer problem is a combination of attacking those who the narcissist feels are trying to control them and then attacking themselves for having such an outrageous response.

What Are The Signs Of Narcissistic Rage?

Not all angry outbursts are narcissistic There are several signs of narcissistic rage that can be noticed from an outside perspective:

What Are The Two Types Of This Rage?

How Can I Stop My Spouse When They Have Rage?

A narcissist can become so enraged that they teeter on the edge of being homicidal. This is especially true if they seek revenge; you never want to get on the wrong side of a narcissist.

While narcissistic rage is typically short-lived, it can result in devastating problems for the person they are mad at and project their anger. If you or someone else is on the receiving end of an angry outburst and feel that a person’s life is in immediate danger, call 911. You should also contact the domestic violence hotline at 1-800-799-7233.

Rage is very frightening for people and the fear they face when someone is projecting narcissistic rage at them is real; they feel powerless, scared, and even confused about why the person is so angry with them. The truth is, it has less to do with the person that a narcissist is projecting their anger on and more to do with the narcissist feeling a loss of power and control. They scream and yell to try to regain their strength. It’s a vicious cycle.

There Are A Few Different Ways To Deal With Narcissistic Rage 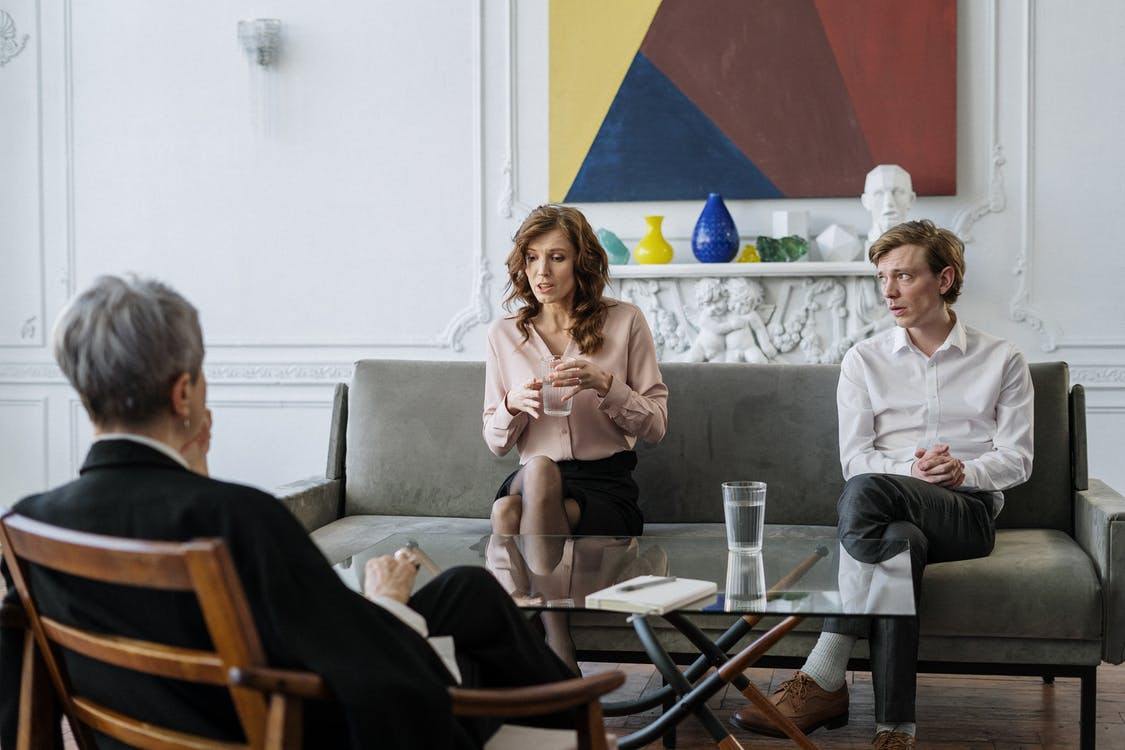 While people with narcissism do not typically change independently, they can have fewer outbursts with therapy, but they cannot be cured. If you are in a dedicated and committed relationship with NPD, you need to understand that they will not get better. If, however, you do not want to live your life in fear, it is acceptable to leave; you should never be afraid for your life, especially from someone who supposedly loves you.

If you are in a relationship with a narcissist, it is possible to live a rewarding life with the right support. Online therapy can be a great place to start. Seeking professional help through talk therapy can help you understand the dynamic at hand and build boundaries more successfully. A support group can connect you to others who are dealing with similar issues.

Some Questions To Ask A Professional On This Topic: