Advice Home > Love > Why The Origin Of Love Is So Meaningful

Why The Origin Of Love Is So Meaningful 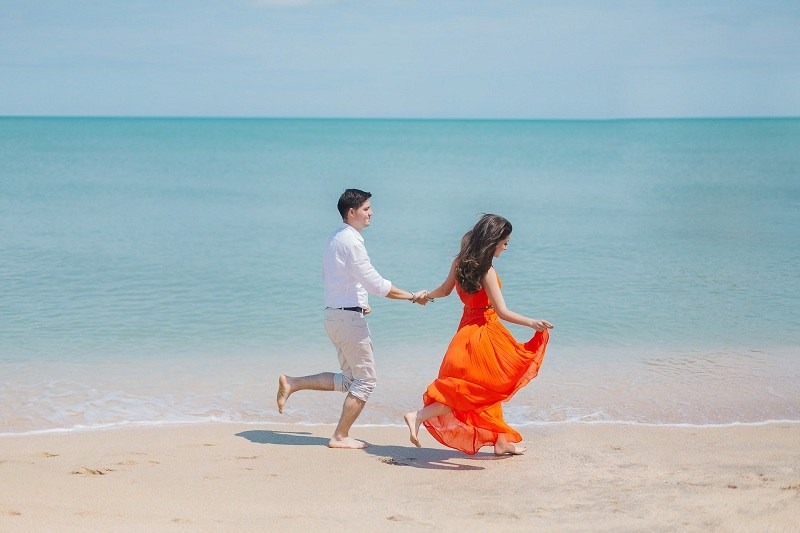 If you've ever seen the film or play version of Hedwig and the Angry Inch - and especially if you're a fan - then you are familiar with the term "Origin of Love." In addition to being the name of one of the most famous songs from the film and play, this term originates from a myth conceived by the Greek philosopher Plato.

Plato's Symposium is a philosophical text wherein a group of important men is attending a banquet and give speeches in praise of Eros, the god of love. In ancient Greece, a symposium would take place after the meal. Because this was a time for celebration, including the drinking of wine, the speeches given were often done under a veil of intoxication.

As a symposium's participants were often inebriated when they delivered their speeches, the content of their speeches consisted of the type of things one might say when empowered after their inhibitions are stripped. This meant that what they said could either be full of self-importance or could be particularly poignant and honest.

In Plato's Symposium, the speakers included such speakers as Socrates, Phaedrus, and Aristophanes. Aristophanes was a respected comic playwright, so it is up to interpretation whether his ideas on where love originated were heartfelt or interpreted as comic relief. Greek scholars have, in fact, been known to debate this very concept. Aristophanes himself admits as a kind of disclaimer that his speech may be seen to be more "absurdist" than comedic.

Where Does Love Come From? According To Plato

According to Plato's Aristophanes, love originates from the following myth...

A long time ago, there existed three different types of humans:

Each of these humans had a round body, with four arms and four legs (eight limbs total). They also had two faces, one on each side of their head and four ears. When they walked, they walked both forward and backward, and they ran by doing cartwheels, giving them a circular momentum.

Despite appearing to be rather goofy in both appearance and movement, these early humans were also incredibly powerful. As such, they devised a plan to head up to the heavens and take on the gods there. In response, Zeus split the humans in twain, separating each of them into two bodies. 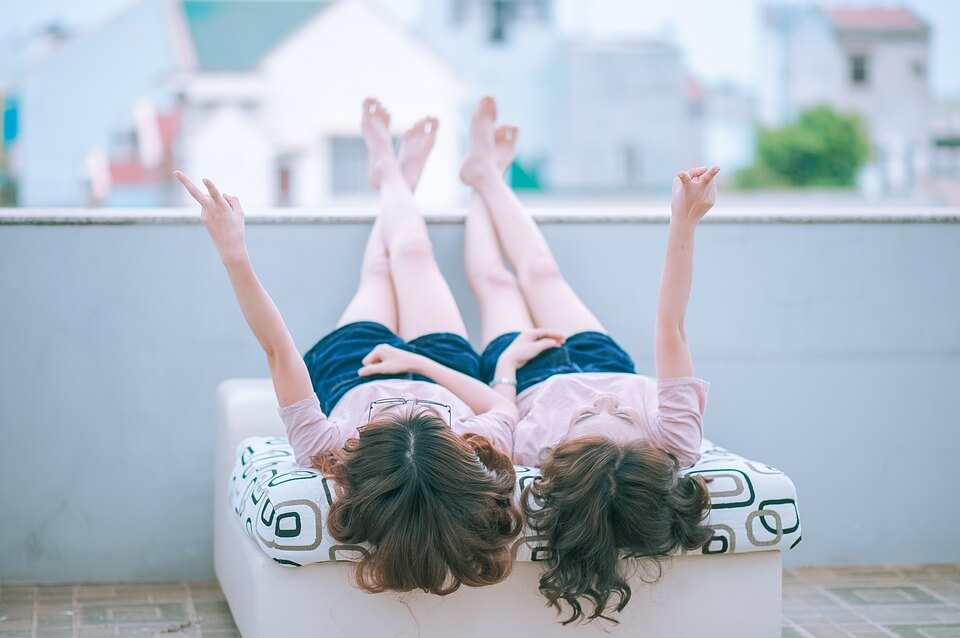 This is where the concept of "looking for one's other half" comes in. So upset were the humans by this punishment that they continue to this day to try and find their "other half." Women who were separated from women seek their female other halves (lesbians), and the same goes for men. Those who were once a full androgynous being are still searching for each other, and the only way to become one again is via sexual intercourse.

Because many heterosexual men can be adulterous, Aristophanes believed that homosexual men were the bravest, if not the most shameless of the human types. And once one of these human types was lucky enough to find his or her other half, Aristophanes stated that they cling to each other for fear of ever being separated again.

Aristophanes then issued a warning that men should not repeat their mistakes in thinking they can take on the gods. They should fear and worship the gods; else, they may risk being separated yet again, which would result in their hopping around on one leg. If man instead chooses to work with Eros, the god of love, then he will avoid such a fate and will instead find his other half and once again be "whole."

But why the desperate search to find one's other half? Why can't these split-up "halves" be content as beings with one head and two sets of two limbs rather than four? Besides the obvious reason for procreation, there is also something to be said for finding friendship and intimacy that cannot be satisfied simply by having sex. When we search for our other halves, it is because we are compelled to feel "whole" once again and to see our bodies returned to the way they were meant to be.

As Psychology Today puts it in an article discussing where love originates, humans' greatest wish would be for Hephaestus, the god of fire, to fuse us back together so that our separated souls can merge into one. We can, at last, be "whole" again.

"The Origin of Love" In Hedwig And The Angry Inch

In the play and film Hedwig and the Angry Inch, one of the most well-known songs is "The Origin of Love," which plays on the ideas laid out in Plato's Symposium. Here, writer Stephen Trask says he wrote the lyrics to read like a picture book. This makes sense if you see the film because the lyrics are depicted in the scene as a series of animated, rudimentary drawings.

In Hedwig, the main character, Hedwig - a genderqueer singer from East Germany - spends much of the film and play lamenting over a lost love who ran off, stealing Hedwig's music in the process. In her grief, Hedwig sings this song to illustrate her belief that everyone has a soulmate and that she is still looking for hers because the one that she believed to be hers - Tommy Gnosis - turned out not to be Mr. Right after all.

Tommy eventually forces Hedwig to confront her ideas on cosmic destiny in his reprise of Hedwig's "Wicked Little Town." It contains lyrics like "And there's no mystical design, no cosmic lover preassigned" and "Maybe there's nothing up in the sky but air," suggesting that Hedwig abandon these concepts so that she can free herself from Tommy and finally be able to move away from him and get on with her life. 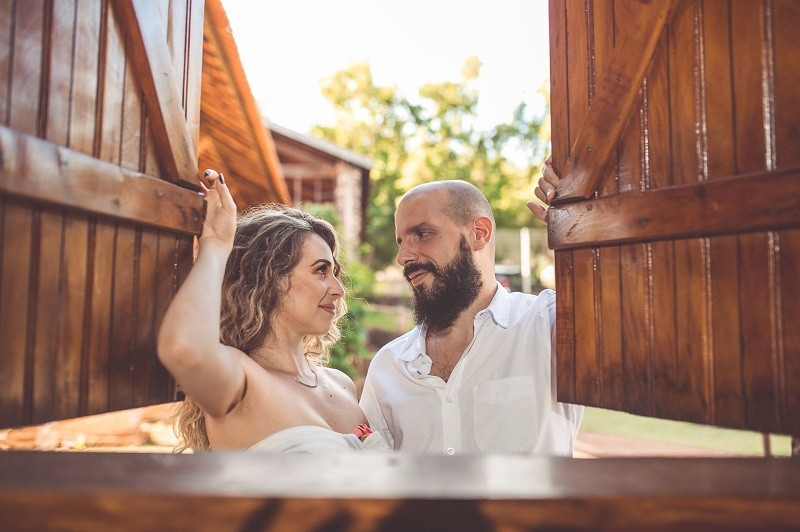 How To Know When You've Found Your Soulmate

If you feel you haven't yet found your soulmate, fear not. With the sheer number of people, there are in the world, it's impossible that there is only one person out there who is the perfect match for you. However, it can be difficult to try and pick one such person from the haystack, which is why such a search can become downright frustrating and depressing at times.

But perhaps you've started dating someone who has shown some true promise - how do you know if you have truly found your "other half"? For one thing, it may sound hokey, but you truly do "just know." If you don't feel it in your bones, then it's probably not the real thing. You know when you meet someone new, and it feels like you've been friends with them forever? Like everything is easy, and you click on everything from likes and dislikes to communication methods? This is what it's like to find a soulmate.

Another way to know for sure if it's the real thing is after you've suffered your first real fight or hardship, and you make it through to the other side. If you're constantly dealing with financial troubles or family issues, or if something unexpected happens like an accident or an illness, and you both still love each other just as strongly and wake up every day ready to take on the next challenge together, then you know you're both in it for the long haul and that you were truly meant to be.

You'll also know when you've found a soulmate if you are okay with being apart. Unhealthy love is clingy and insecure. You have to be aware of your partner's whereabouts at all times, and even if he or she is completely honest with you, you still have your doubts when they arrive home late from work.

With soulmates, you know you don't have to worry about anything at all. Soulmates have such a deep connection with each other that if you need to go out of town on business, for example, your partner won't be panicking and inventing all of the one-night-stands you're having - nor will you be looking to partake in one either.

Soulmates are okay with each other spending "a night out with the girls" or a "day trip with the guys." Some couples have even made it work while living apart from each other for a while, either because of job placement or simply trying to set up a new living situation in a different state. Neither partner needs to fear that the other will stray or simply move on. They both are secure in their love, and they know that time is relative and that once this temporary setback is past them, they will return to the way things used to be with barely an interruption. 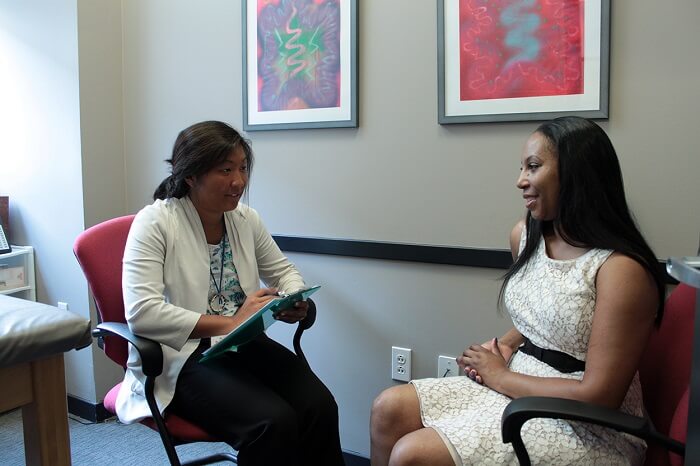 Do you often feel like you're missing your other half, and you cannot find it? Maybe consider reaching out to one of our counselors, who can offer you advice and a shoulder to lean on.

What is the subject of the origin of love?

In the play, Hedwig and the Angry Inch, “Origin of Love” is sung by Hedwig to express grief over a former love she thought was her soulmate. The Origin of Love song focuses on the idea that everyone has a soul mate even if they have not yet found the right person.

Is Hedwig and the Angry Inch Based on a true story?

John Cameron Mitchell, Hedwig, and the Angry Inch writer, based the character Hedwig on his childhood babysitter named Helga.

How does Plato define love?

Through his writings such as The Symposium, Plato theorizes that love is a desire for the ‘perpetual possession of the good’ and a desire for immortality. He noted that there is a ladder of love in which an individual progresses through the following stages: recognizing physical beauty of one’s body, appreciation of all bodies, seeking the beauty of the soul, meditating on social and moral beauty, then moving towards the beauty of knowledge and lastly, beauty itself. The ladders of love form the basis for the term “platonic love,” which describes a bond not characterized by sexual relations. Plato understands love to transition from an impulse for an individual’s body toward what is deemed more valuable- valuing others' souls and eventually gaining wisdom and philosophical insight.

What did Aristotle say about love?

Aristotle’s view of love was heavily based on two elements: the importance of self-love before loving others and seeking others' good without selfish motivation. Aristotle emphasizes the altruistic nature of love and wanting the best for the other person instead of seeking selfish gain from a relationship.

What is the nature of true love?

When asked about the meaning of love, individuals would likely respond very differently. Many sources describe true love as possessing mutual respect, selflessness, trust, healing, and growth. True love helps to move us closer to our true selves and God.

In Need Of A Good Love Story? 10 Great Love Stories

I Love My Husband, But Does He Love Me?
For Additional Help & Support With Your Concerns
Speak with a Licensed Counselor Today

How Men Fall In Love: Knowing How To Read Your Significant Other The 5 Stages Of Love: Moving Through Relationships One Step At A Time How To Stop Loving Someone: 5 Steps That Might Help Ask These Questions To Fall In Love When Love Hurts: How Hurting Someone You Love Hurts Your Relationship Will Anyone Ever Love Me? Overcoming Self-Doubt In Relationships
The information on this page is not intended to be a substitution for diagnosis, treatment, or informed professional advice. You should not take any action or avoid taking any action without consulting with a qualified mental health professional. For more information, please read our terms of use.