Advice Home > General > What Does “Being Extra” In Your Relationship Look Like?

What Does “Being Extra” In Your Relationship Look Like?

Being extra can be a way of life or a personality trait, depending on who you ask and who you're talking to. In a relationship, extra behavior can either make or break the connection. Sometimes, it's good, and sometimes it's bad. It's important to identify yourself being extra just in case you start being extra in other more toxic ways. 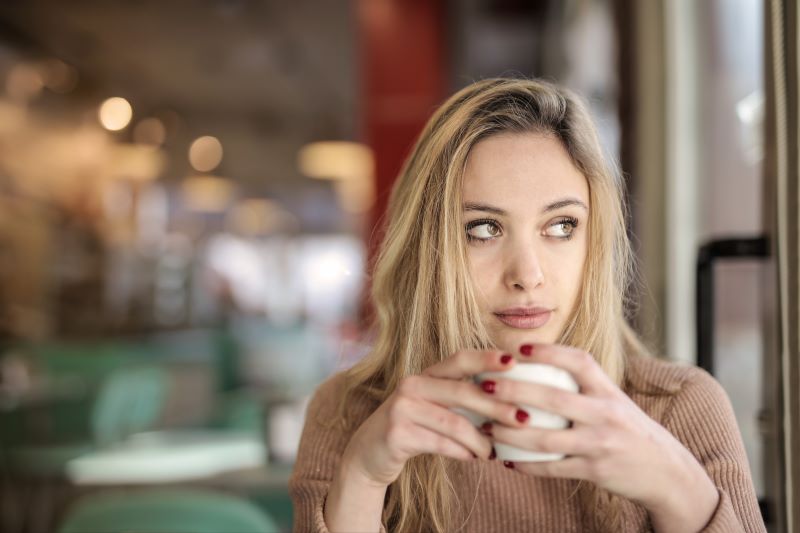 But how does "being extra" look? It can be hard to define and understand if you've never given it much thought before, and especially if you're not from the generation that coined the term (the Millennials). But don't worry, this article is here to explain and clarify some of the major points.

What Is "Being Extra"?

The term "extra" is a relatively modern one, having reached the spotlight around 2015 and spent its time in fair use until now. Many young people are familiar with "extra," which can generally be defined as "dramatic" or "over the top" behavior, whether it be positive or negative. Being extra can be positive, or it can be negative, depending on the type of over the top or dramatic behavior exhibited.

In essence, being extra refers to doing things as well (or as poorly) as they can be done. For instance, some people are "extra" when it comes to organizing things (they're "extra organized"). Other people are "extra" with makeup, and they have an excessive amount of makeup, and they spend an inordinate amount of time applying their makeup each day.

Within the context of a relationship, being extra maybe something sweet, like celebrating month-anniversaries or giving surprise gifts, or it may be something more insidious or toxic. Examples of being extra in a toxic way include "fanning the flame" of an argument or sending long strings of text messages with no response. Although everyone can be "extra" from time to time, being extra on the regular and to an excessive degree can cause conflict and division in your romantic relationship.

How "Being Extra" Affects Your Relationship

If one of the ways that you're extra is through giving, you should be aware that it can cause an imbalance in the partnership. Sometimes, the "extra" partner will be overly generous with their time or with favors; they'll give bigger birthday gifts, or they'll insist on nurturing their partner without any "compensation." When this happens, the partner who is receiving might start to feel inadequate, especially if they're in a position where they aren't able to return the favors completely. 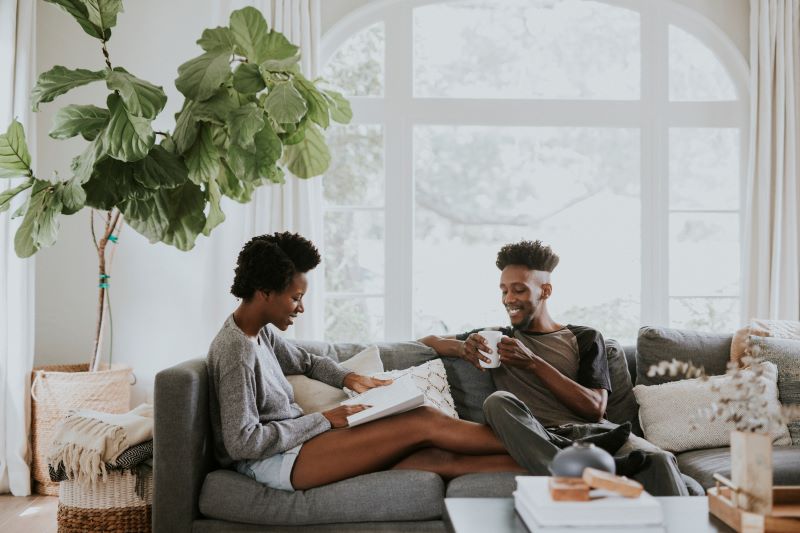 Giving and taking in a relationship requires a delicate balance that must constantly be kept in check. If you're extra and you notice yourself throwing off balance, the first step is communication with your partner.

Pettiness And Drama In Fights

People who tend towards being extra are more likely to be petty and dramatic in fights. While everyone has their vices in an argument, extra people have a knack for blowing fights up to be bigger than they need to be. One of the primary ways that this drama happens is through pettiness. People who are being extra will cite petty details during an argument as a way to throw the other person off course. This isn't necessarily a conscious behavior, but it's something a lot of extra people do.

Drama within the context of a romantic relationship can be disastrous. Even if the two partners are well-suited to each other in most ways, if one partner has a tendency to over-dramatize (or be extra) during or before fights, it can mean the downfall of the relationship. Thus, it's vital to observe when you're extra to preserve the health of your relationship.

Being extra doesn't just mean that you do over the top things; it also means that you probably sometimes expect your partner to go "above and beyond" for you too. Even if your partner isn't "extra," you may start to expect them to be to feel loved by them. For instance, if you like to throw surprise anniversaries every month, but your partner doesn't reciprocate with something that you deem equally sweet or "over the top," perhaps you've noticed that you feel neglected. And then, you start to push on them, and this may cause unnecessary arguments.

Obviously, there's a time and a place to be pushy. And sometimes, pushiness is necessary for a partnership; it's not entirely bad. But because "extra" people take things to the next level, they may take the pushiness to extreme measures that put so much pressure on the other person that a fight starts. Even if the "extra" partner didn't have the intention of starting an argument or a fight, it could happen.

Ways To Avoid Being Extra

Because being extra can cause relationship conflicts and problems, understanding how to avoid extra behaviors is important for the longevity of romantic relationships. If you're naturally very dramatic, you may always be somewhat dramatic, but there are ways that you can reign in the drama to where it's more manageable and easier to deal with. 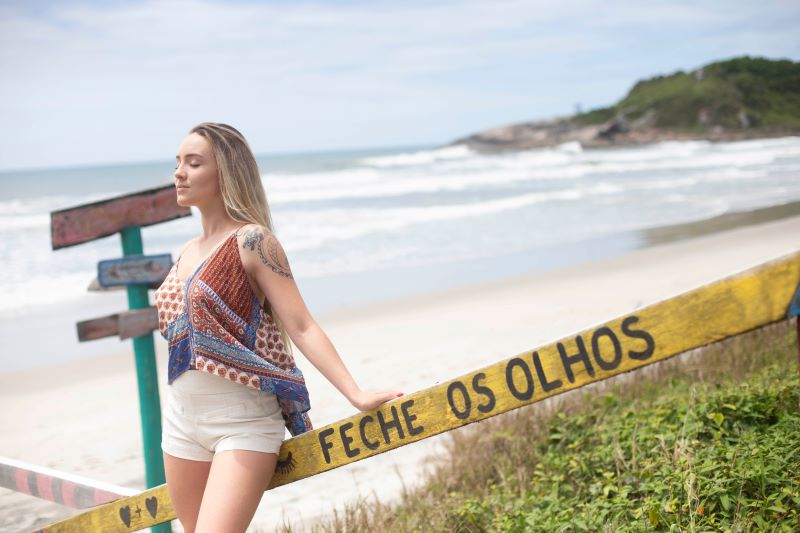 Are you in the middle of an argument, and you feel yourself getting out of control? Did you have an idea to do something and get excited? Before speaking or acting, take a breath and assess. When you slow down enough to breathe, you might notice yourself doing more dramatic things or over the top than necessary. And, besides being able to take the opportunity to think, breathing will help get more oxygen to your brain in the first place, which will help your thoughts be clearer and more accurate overall.

Take some time each day to tune into yourself and your behavior. If there's a specific "extra" action that you do regularly, this is a good time to reflect and identify why you do the behavior and how you can stop it in its tracks. Plus, daily mindfulness practice can help you recognize when you're extra, which is the first step toward stopping the behavior. As a part of your mindfulness practice, consider taking up yoga, qi gong, or some other form of moving meditation exercise to start (or end) your day on a peaceful note.

One of the characteristic actions of people who are being extra is that they act without thinking first about the potential consequences. When you act first and think later, regrettable things can happen. This point goes back to the first one of taking a nice, deep breath. Humans are emotional creatures, so we often act based on our emotions, but when you act too fast based on a feeling it can be bad. So, take a moment to think about what you're feeling and planning before you do it.

Dramatic tendencies have been scientifically linked to traumatic experiences, and one of the reasons why people might exhibit some extra behavior may have to do with a childhood trauma of some kind. This is especially true for extra dramatic people. But, no matter where the trait of being extra comes from, practicing self-love may be the key to successfully managing the more negative aspects of the trait. Instead of shaming the part of you that's extra, find some love for it and give it a specific task to be responsible for (i.e. remembering and celebrating birthdays). You might be surprised what happens.

If you think that being extra may be the reason why you and your significant other are having relationship problems, it may be a good idea to ask for the help of a licensed therapist or counselor. A qualified professional can help give you the tools and resources you need to improve your behavior and identify the key problems in your relationship. In terms of avoiding toxic "extra" behavior, this is probably one of the most important steps you can take toward resolution. 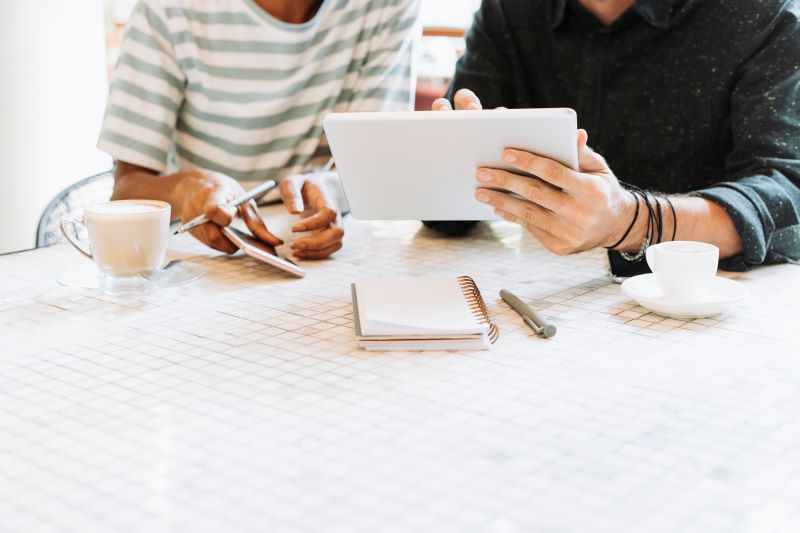 Being extra doesn't always have to be bad; sometimes, being extra takes a positive, relationship-benefiting form that both partners enjoy and appreciate. But unfortunately, it's all too common for extra people to manifest toxic patterns in their relationships that cause serious long term problems. If you're one of those people who takes being extra to the next level, and you've started to experience relationship problems because of it, hopefully this article will help you understand the situation better so that you can start working toward a solution.

What Does It Mean To Be Bi Curious?

Can Stress Cause Spotting? The Dangers Of Attention Seeking Behavior? 6 Fitness Motivation Tips To Start You On Your Fitness Journey What Is The Difference Between A Sociopath And A Narcissistic Sociopath? What Do I Do When I Am Feeling Alone And Need Someone To Talk to? I Don’t Know Who I Am Anymore
The information on this page is not intended to be a substitution for diagnosis, treatment, or informed professional advice. You should not take any action or avoid taking any action without consulting with a qualified mental health professional. For more information, please read our terms of use.