What Are The Different Types Of Anxiety Attacks?

Anxiety attacks can feature intense, powerful emotions. They can mimic serious, life-threatening conditions and disorders, such as heart attacks. There is no single type of anxiety attack. However, instead, there are many different types of attacks, linked to many different conditions, each of them as unique as the people who claim them.

What Is An Anxiety Attack? An anxiety attack is characterized by the sudden onset of a series of at least four symptoms, including, but not limited to: shortness of breath, racing heart, nausea, dizziness, gastric distress, numbness or tingling in the limbs, sweating, chest pain, trembling, and overwhelming, unexplained fear. Anxiety attacks (also called panic attacks) are often difficult to discern from medical conditions, as the symptoms so closely mimic many medical conditions, including heart murmurs, heart attacks, and even thyroid dysfunction.

Anxiety attacks must possess at least four of the above symptoms to qualify for a diagnosis, and attacks must occur regularly. Anxiety attacks typically last between a few minutes and ten minutes at a time but can come in a rapid-fire series of attacks, as well, with dips and crescendos.

Perhaps the most intense part of an anxiety attack is the fear: panic attacks, specifically, are known for the fears they inspire. Fear of severe medical conditions and fear of dying are common fears that come screaming to the surface amid a panic attack. Some of these fears may be legitimized when a visit to the hospital yields high blood pressure, a racing heart, and low blood oxygen levels, though these symptoms may be psychosomatic.

What Are The Different Anxiety Disorders?

General Anxiety Disorder is characterized by a general feeling of anxiety that is not explained by a situation or occurrence, unexplained fatigue, restlessness, irritability, tension, and sleep disturbance. GAD is one of the most common forms of anxiety and may be accompanied by anxiety attacks.

Social Anxiety Disorder is characterized by extreme anxiety in response to social engagement. Social anxiety might appear in response to public speaking or other speaking engagements, or it may appear in the form of not wanting to get involved in social situations as a whole. SAD often creates a cycle of struggling to get out and among people, leading to potentially strange or undesirable behaviors, which further builds on anxiety, and creates a loop of symptoms.

Post-Traumatic Stress Disorder is a disorder characterized by avoidance, hyperarousal, unwanted memories, and mood changes, all of which begin to show up at least one month after a traumatic event, or series of traumatic events. Post-Traumatic Stress Disorder symptoms are somewhat different from many other anxiety disorders, as they revolve around these four core symptoms, then branch outward from there.

Panic Disorder is so named for its proximity to panic attacks; Panic Disorder is a condition in which panic attacks are a regular occurrence. Symptoms of stress arise as a result of the fear of having a panic attack, both due to the likelihood of experiencing distress while amid an attack and having to explain what exactly has occurred to the people around you.

Finally, Obsessive-Compulsive Disorder is an anxiety disorder characterized by rigidity and disordered thinking. OCD can cause people to engage in rituals that are in no way fundamental to functioning, but that serves as an absolute must for the person with the condition. People with the condition might struggle to let go of things and may grow obsessive in times of stress, discomfort, or confusion. What Are Different Anxiety Attacks?

An uncued panic attack is one that does not have a specific root cause. These attacks often happen in the middle of something seemingly simple, unimportant, or uninteresting. These attacks may be accompanied by even more fear than a cued attack, as you may not recognize them as panic attacks; after all, what could have happened to cause them?

How Are Anxiety Attacks Treated?

Anxiety attacks are treated via psychotherapy, pharmaceutical intervention, and lifestyle changes, with the most effective treatment model employing all three. Panic attacks are treated in much the same way as any anxiety disorder, as they are borne of anxiety and ebb and flow in line with anxiety's ebbs and flows.

The most common type of psychotherapy for panic attacks is Cognitive Behavior Therapy, though basic talk therapy might also be employed, as can other forms of therapeutic intervention, including EMDR (Eye Movement Desensitization and Reprocessing). These therapies work to change the perceptions, patterns, and ideas you have regarding yourself, your condition, and your environment, to create healthier patterns of thought and behavior.

Lifestyle interventions are typically those that treat anxiety as a whole, rather than targeting panic attacks directly. This can be done through eliminating (or limiting) alcohol, refined sugar, and caffeine and implementing a diet filled with healthy, whole foods. This can also be done by making sure you get regular exercise and engage in some form of mindfulness practice, including yoga and meditation. All three of these treatment areas fused can yield incredible results when trying to minimize anxiety or overcome panic attacks.

Working With A Professional

Whether you work with a professional mental health specialist, or you work with a life coach, panic attacks are best tackled with a solid treatment plan-a plan you are unlikely to be able to create yourself. A mental health professional, such as those on ReGain.us, can help you identify any negative thought patterns you might have and can help you understand yourself and your anxiety better, to manage your symptoms better.

Another form of guidance not related to therapy is the guidance offered by a life coach. Although a life coach is not qualified to provide the same guidance and mental health treatment offered by a psychologist or psychiatrist, they are trained to help you identify any stumbling blocks in your way and can nicely complement treatment with a mental health practitioner. How much does a life coach cost, compared to a therapist? That depends on insurance; insurance usually covers mental health costs but does not cover lifestyle interventions, including life coaches. That being said, life coaches can nicely complement the work of a mental health professional, and additional accountability can prove useful to someone who struggles to maintain consistency in treatment. Living with anxiety can feel overwhelming at times, particularly when panic attacks occur, but there is hope: anxiety and Panic Disorder are both extremely treatable, and you can walk away from them with hope and some semblance of order in your life. Although living with an anxiety or panic disorder can be overwhelming and isolating, with the help a professional, a solid support system, lifestyle regimens, and medication, even a powerful case of anxiety or panic can be treated and potentially overcome.

In many cases, the most important aspect of treatment is consistency; consistently adhering to a treatment regimen, including talk therapy, medication, and lifestyle changes will yield the best results and can be the key to lessening anxiety symptoms, lessening anxiety attacks, and improving quality of life.

Previous Article
Does Anxiety Go Away? How To Manage Living With Anxiety
For Additional Help & Support With Your Concerns
Speak With A Licensed Therapist
This website is owned and operated by BetterHelp, who receives all fees associated with the platform.
The information on this page is not intended to be a substitution for diagnosis, treatment, or informed professional advice. You should not take any action or avoid taking any action without consulting with a qualified mental health professional. For more information, please read our terms of use. 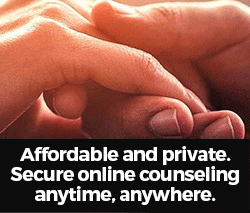